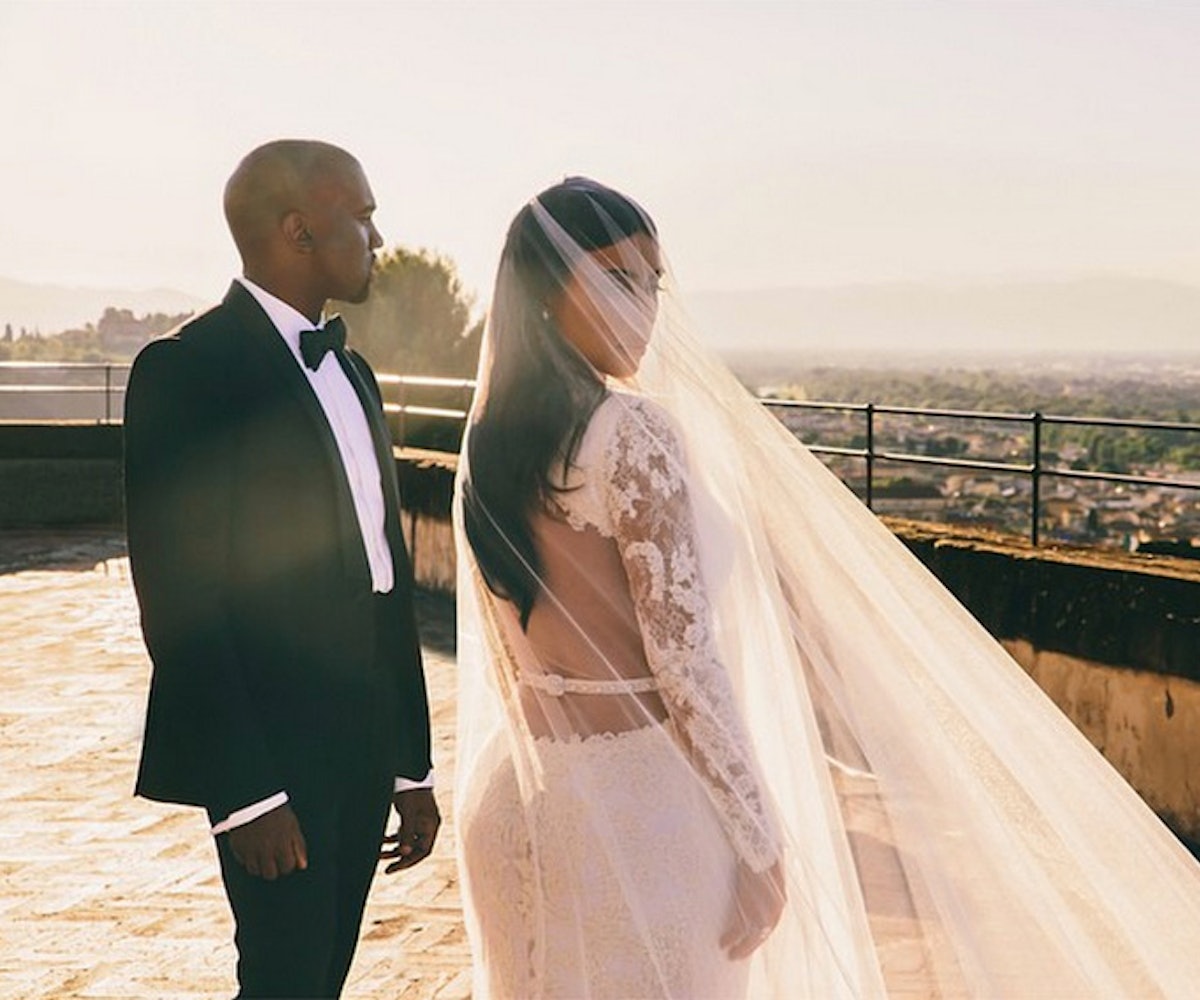 This weekend marked the one year anniversary of our generation's most majestic union: that of Kim Kardashian and Kanye West (obviously). To commemorate this grand occasion, the couple bypassed the traditional paper route entirely and took to social media, their preferred form of communication. Kim posted never-before-seen photos from their wedding week (spoiler alert: it was ornate) and Kanye conversed with his bride via Twitter, writing "Kim, I’m so happy to be married to the girl of my dreams… I love you and Nori so much!!! I would find you in any lifetime." (Kim responded, "Awwww baby I love you so much!!!!!! I would find you too! Anywhere!!!!!") But the best gem came from the O.G. MOB, Kris Jenner, who posted a video of the power duo's first dance.

Soundtracked by a live performance of John Legend's "All of Me," Kimye abandoned traditional performance rules: They didn't use their space; they didn't display any extravagant (or really, any) choreography; and they paid zero attention to their audience. Instead, they reveled in this intimate moment, which may never have seen the light of day if not for one momager.

Call it what you will—a charming short clip, a publicity hook, or whathaveyou—but when it all boils down to it, it's just another chapter in the great, grand Kimye love story.