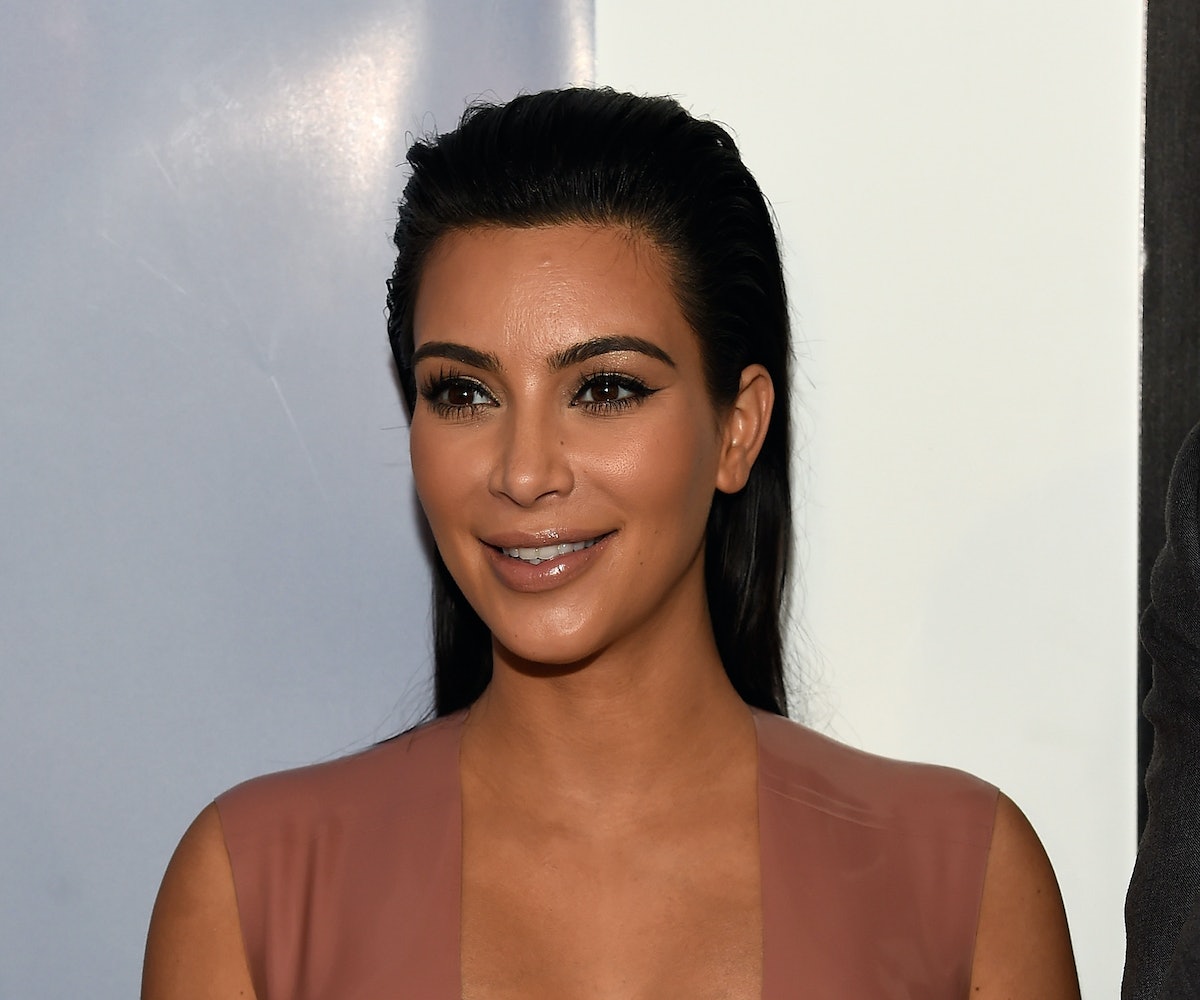 Before you all start asking how much Kim Kardashian paid me to write this (answer: two dollars and fifteen cents!) or if I know anything about good music (probably not), I need to make one thing perfectly, one-hundred percent clear: I freaking love Sinead O'Connor. In my opinion, Lion And The Cobra is one of the most impressive debuts of all time, and I do not want what I haven't got. is perhaps one of my favorite albums of all time. I even throw down for Universal Mother. I have a DVD of Sinead live in Berlin. That I watch. Like, instead of real television.

When Sinead O'Connor arrived on the scene, she rejected her own sexualization with a vehemence. But, she was a beautiful, striking woman who became deified for her own looks, which seemed to only enhance her otherworldly talent. (Just watch her West 54th Street Sessions. Just watch and eat it all with a spoon.) Yes, she didn't twerk or bounce or prance and preen, but hers is a different trajectory, and one that helped pave the way for more alternative narratives of women in music. (Don't forget, she was also positively crucified for doing so, too.)

The last few years, Sinead has stayed relevant by going after young pop stars like Miley Cyrus (and also having whirlwind internet engagements) for being "taken advantage of" by the industry. This concern may come from, as O'Connor wrote, "the spirit of motherliness and with love," but it also undermined young Cyrus, who has been at this game for years, by assuming she was not in control of her own career. In fact, by writing, "Please in future say no when you are asked to prostitute yourself. Your body is for you and your boyfriend. It isn't for every...dirtbag on the net, or every greedy record company executive to buy his mistresses diamonds with" that Cyrus didn't have the ability to make her own decisions about her own self-expression, as distasteful as it may have been to O'Connor.

Today, however, Sinead has swung again at the sexualization of pop imagery by going after the queen herself, Kimmy K., who is on the current issue of Rolling Stone, by writing on Facebook:

What is this cunt doing on the cover of Rolling Stone ? Music has officially died. Who knew it would be Rolling Stone that murdered it? Simon Cowell and Louis Walsh can no longer be expected to take all the blame. Bob Dylan must be fucking horrified. #BoycottRollingStone

Please note, of course, that Sinead never had anything to say about the "State Of Rock" issue that had The Black Eyed Peas on it, Simon Cowell himself, or, you know, the dude who was responsible for the Boston terrorist attack. Nope. They didn't kill music. It was Mrs. Kardashian-West. And if Sinead's hyperbole is just internet humor, there seems to be something slightly antithetical by calling Kardashian a "C-word." Yes, she annoys some people, but most people (yes, most people, sorry readers) have an endless fascination with her. And the hate around her seems so, oh, I don't know, gendered...? Regardless of whether or not Kardashian is harming or helping the state of music (sorry, Rolling Stone, but it seems pretty clear that your covers are meant to do what all covers are meant to do: drive sales), it is clear that the author, entrepreneur, and NPR star is cover-worthy.

It seems, then, that Sinead is enacting the same type of judgment that was heaped upon her when she first began making albums: Judging a woman for her looks, how she chooses to present herself, and her sexuality. It took Sinead incredible strength to get up there and sing the shit out of "Troy," but that strength does not allow her to condemn another woman for promoting her own career, even if she is wearing—egads!—a push-up bra and a silly hat. (Note: Not that it matters, but Kim is less naked than fellow RS stars Jennifer Aniston, Cristina Aguilera, Lady Gaga, Rihanna, Janet Jackson, The Red Hot Chili Peppers, and Julia Louis-Dreyfuss.) To quote one of Sinead's later albums, How About I Be Me (And You Be You)? How about it?