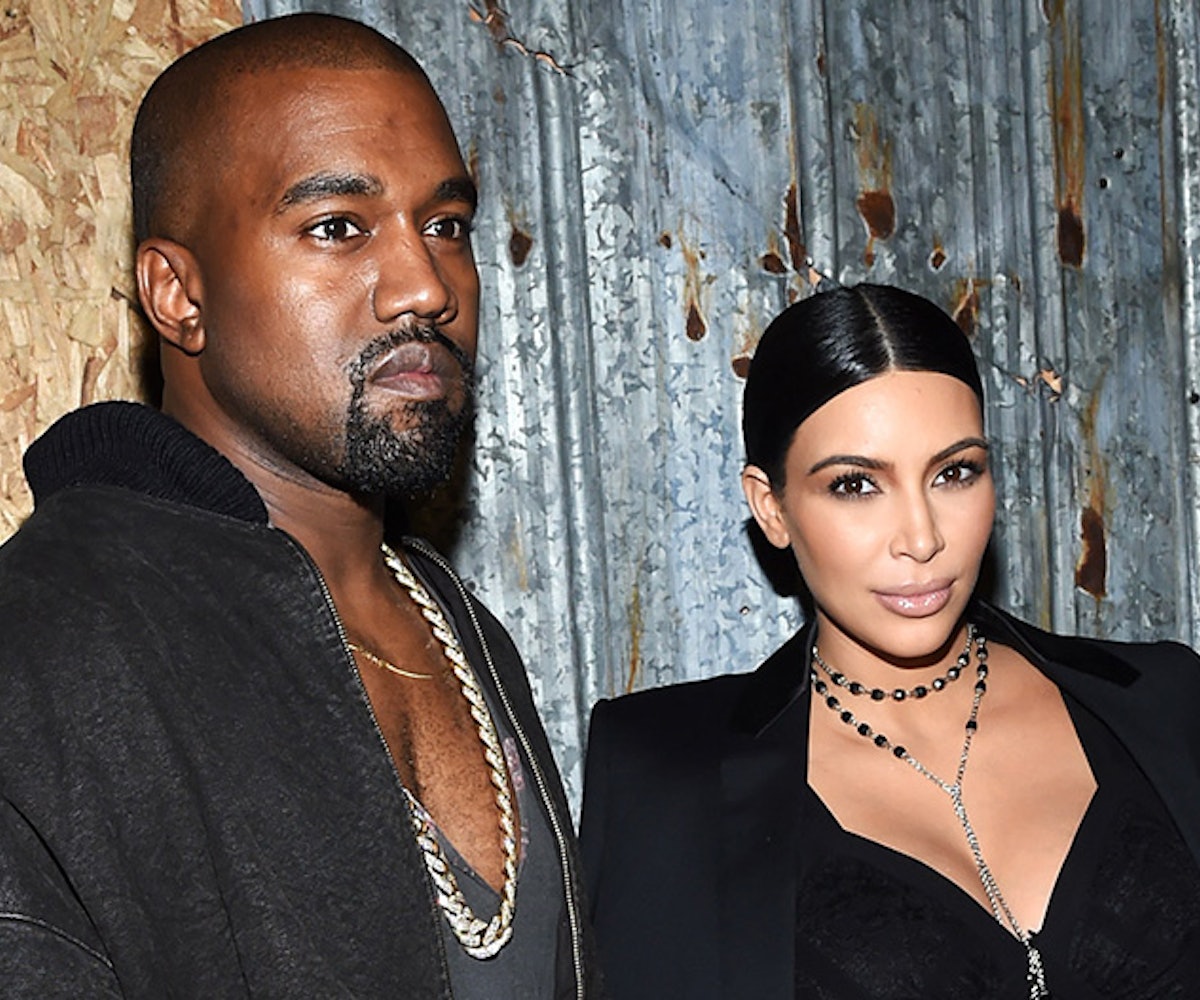 Saint West has been nothing but a name and a happenstance anecdote since he was born in early December 2015. Rumors and false first photos have circulated the web, but nothing official from Kamp Kardashian. Today marks a new era, however. Today, we, the people, finally get to see the tiny, baby deity that is Kim Kardashian and Kanye West's second child, Saint West.

"Today is my dad's birthday," Kardashian wrote on her personal site and app. "I know there's nothing more in the world he would have wanted than to meet his grandchildren. So I wanted to share this pic of Saint with you all." There, beneath a .jpg of her signature, was a creamy filtered image of Saint. Like a true angel, he is sleeping. How peaceful. How tranquil. How sweet. How unceremonious this unveiling is. The lead-up to Kanye West sharing the first photos of North on Kris Jenner's short-lived talk show was a true Kardashian affair. This is simple and personal. Hello, Saint. You're in for one heck of a life.