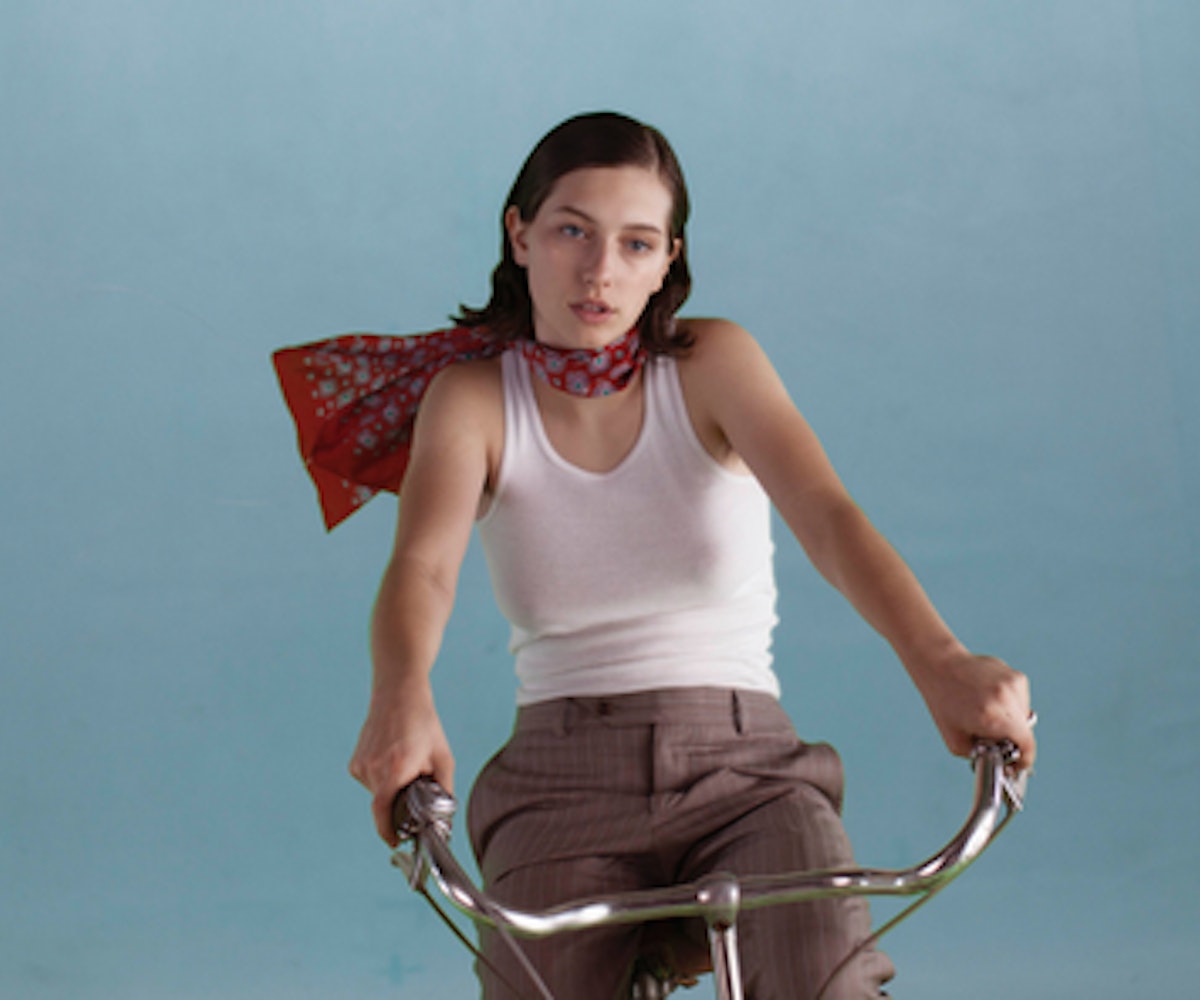 In the video, KP bikes in a white wife beater with no bra before donning a suit (and showing off some armpit hair in the process), and both looks are pure big dyke energy if I’ve ever seen it. Most of the video takes place in a purposely fake-looking sky, where she and a couple other people dance around (and… hint at other things) among the clouds. When she teased the video on Instagram, she called it “fresh piping hot gak,” which, to be honest, perfectly describes the visual.

The song itself is about wanting a girl, duh, but more than just physically. Although the song’s chorus is basically just an ode to pussy, many of the lyrics describe a deeper connection, the feeling of being in a fulfilling relationship. “She’s God, and I found her,” she sings.