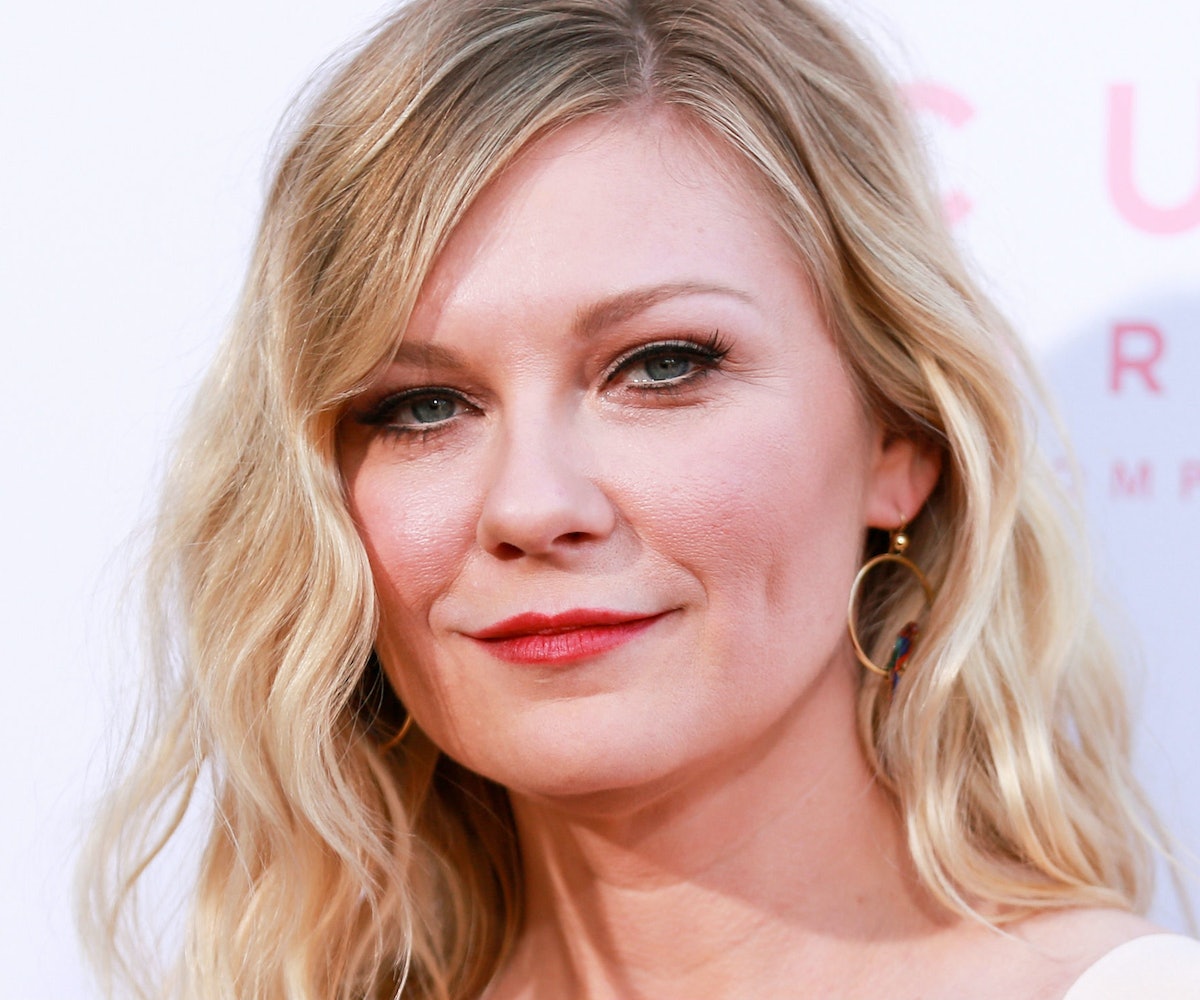 Criminally underrated actress and former NYLON cover star Kirsten Dunst and fiancé, Jesse Plemons, are expecting their first child, according to Us Weekly.

That’s not the only piece of good news. According to a source, the two plan to marry in Austin, Texas, next spring (the perfect place for—ahem—a Friday Night Lights reunion of some sorts). Also, reportedly, Rodarte designers Kate and Laura Mulleavy, who featured Dunst in their feature film Woodshock, will be creating her wedding dress.

Dunst and Plemons started dating last year, while playing husband and wife on the FX show Fargo, and announced their engagement this summer. Refreshingly discreet about their relationship, they have yet to confirm the pregnancy.

Regardless, we’d like to send our congratulations to them. We're especially happy that Landry is finally getting the fairytale ending he deserves. Dunst joked back in June about naming their baby "Fargo Season 2" in honor of where the two met. We're fine with that, just as long as it’s not Tyra.

NEXT UP
Entertainment
Beyoncé's 'Renaissance' Tour Is Reportedly Scheduled For Summer 2023
Entertainment
On ‘Cool It Down,’ A Spitfire Band Matures
Entertainment
Paul Mescal & Emily Watson On The Quiet Depth Of 'God's Creatures'
Entertainment
A New Trailer Explores The Dark Side Of 'Barney'