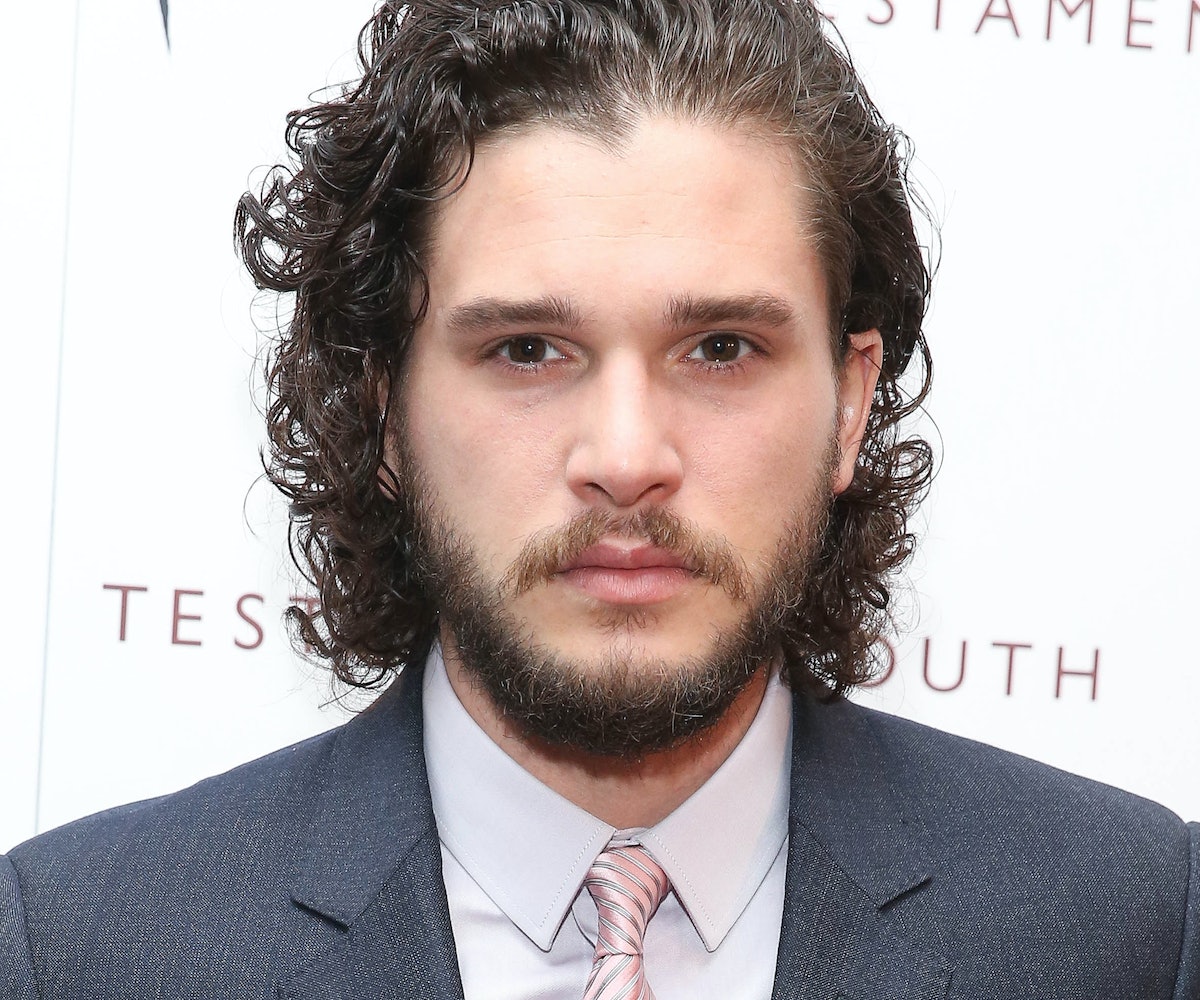 Whether or not he returns to Game of Thrones shouldn't matter much to Kit Harrington because his movie career is lit up. Fresh off some very strong notices for his performance in the WWI drama A Testament of Youth, Harrington has just been cast in the historical epic Brimstone. And as a sign of his sudden Hollywood clout, Harrington has replaced Rob Pattinson, one of a handful of actors in Hollywood who can get a movie greenlit just by agreeing to be in it. That's big.

Brimstone stars Dakota Fanning as a woman trying to escape her past who is being hunted down by a villainous and "diabolical" character known as Preacher. (The last time Guy Pearce played a diabolical character, he was utterly terrifying.) No word yet on who Harrington will be playing, but Thrones fans should be excited: He'll be reuniting with his beloved Red Woman, Carice Van Houten, also in the cast.