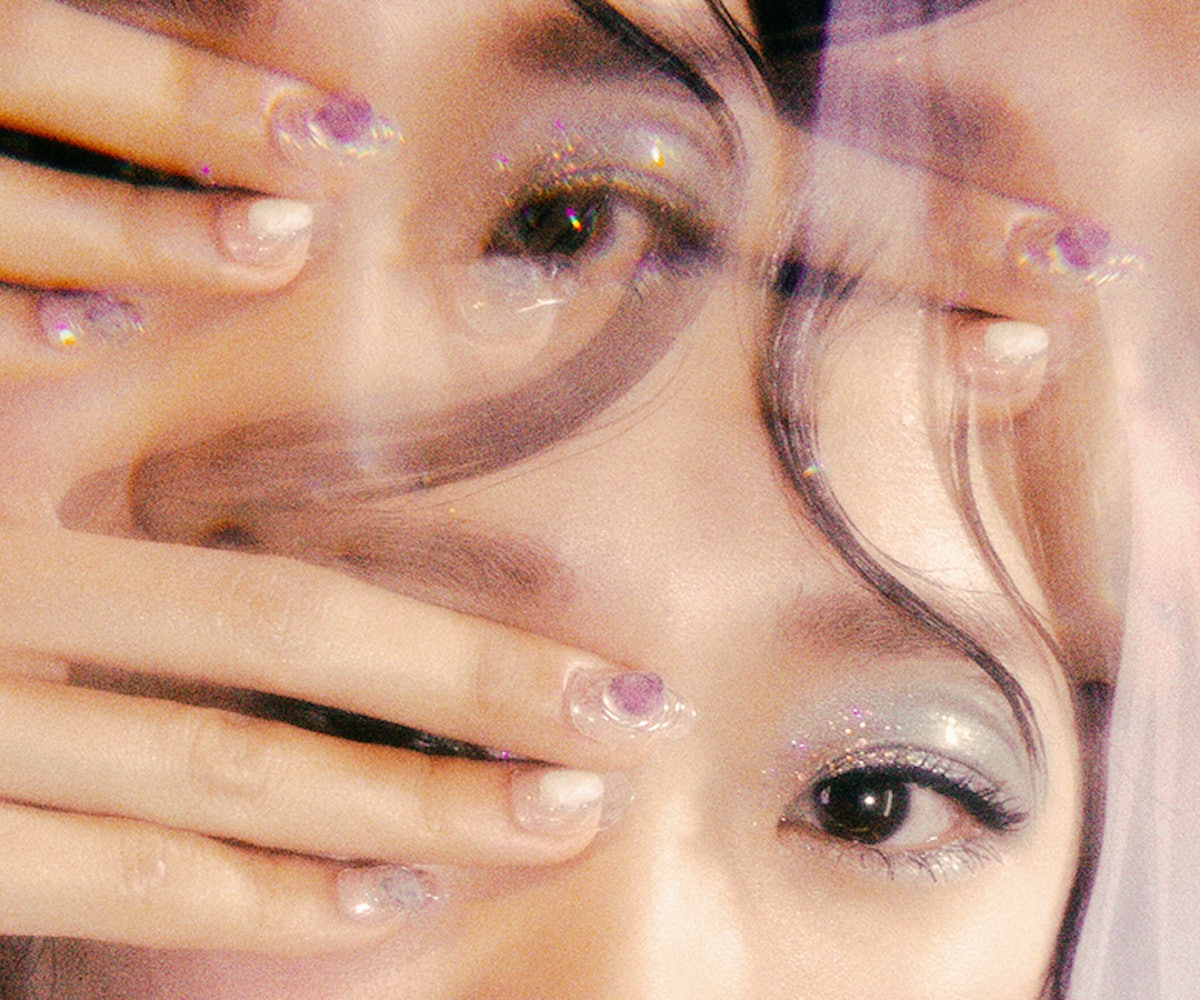 Nestled in the booth of a bustling SoHo coffee shop, singer Katie Kim toggles effortlessly between candid, friendly chatter and the poised, press-primed conversation of an industry-bred K-pop veteran. But the artist—born Kim Seo-hyeon in the Gyeonggi Province of South Korea—didn't really grow up amid the sleek K-pop industrial nucleus of Seoul, but rather on the outskirts of New York City—right across the Hudson River from Manhattan, in northern New Jersey.

“I went to elementary, middle, and high school in the same town," Katie recalls, loud jazz music blanketing our conversation as we lean toward each other to beat the noise. “Then I went to Berklee [College of Music] for about two years, but the financial burden was just too big. Tuition is crazy there, so I decided to drop out and just go right into music."

It was a chance audition that drew the self-professed jazz and R&B fan to K-pop, where her talents and admiration for the likes of Ella Fitzgerald, Frank Sinatra, and Lalah Hathaway propelled her to instant stardom on one of the nation's most prominent TV singing competitions, K-Pop Star. “When I dropped out, I didn't really know what to do. I just thought, I should go into the field. But then I saw a poster for K-Pop Star, which is huge in Korea. They were holding auditions in New York, so I decided, why not try it out?"

And so she did, earning a well-deserved ticket to South Korea—her first time going back since her family left in the mid-'90s—where she went on to win the fourth season of the show in 2015. She immediately signed with YG Entertainment, one of the country's “Big 3" labels and home to internationally renowned acts like Psy, Big Bang, and 2NE1. As a trainee, she spent the next three years deep in development before leaving YG and signing to AXIS, a multiplex, global-minded creative brand and label formed by former YG creative director SINXITY.

In June, Katie (stylized KATIE) released her first single, “Remember," a hypnotic slice of sensual R&B-pop as ooey-gooey warm and addictive as a cinnamon bun, with the vocalist's honeyed rasp the icing on top. The chic breakout track's gold-dipped music video intoxicated longtime supporters and new listeners alike, racking up more than five million views in a matter of weeks—no small feat for essentially a debut artist navigating the complexities of a multicultural international pop crossover.

“The fact that I'm just out of a really huge entertainment company and starting off with a small start-up agency, I was very surprised that people gave so much attention to it. I'm just so grateful. It was unreal to see all the views go up." But for Katie, who is AXIS' first artist signee, success is measured in autonomy, not streaming numbers. “The model is to be free and experimental, no boundaries on the creative side. I don't want to do something that everybody's been doing," she says, adding that “AXIS was the only reason" she was able to release songs in English.

“I really wanted to sing in English because America is where my family is, and it's my home, and I think it was most natural that I would sing in English rather than in Korean. I wouldn't really label myself as a K-pop artist, though it definitely affected me during my years in YG because it's a K-pop label. But I wouldn't want to put myself in a box. I want to be borderless."

As for the competition that served as a career launching pad, the singer admits that she probably wouldn't “recommend or go through it all over again," citing the high-highs, low-lows nature of reality TV fame. “It was a definitely a great experience, but I don't think I would. You get so much attention all at once, and it's just gone right after the show is over. So it's like, 'Oh, okay…'"

Due out October 10, the performer's debut album, Log—named as such because, “as a rookie, it's like me logging into the industry"—will serve as a proper introduction to a promising young pop star who's finally in control of her voice and her destiny. Inspired by artists like D'Angelo and Erykah Badu, as well as the '90s and 2000s pop-R&B she grew up listening to on Z100, the record won't just represent Katie's wide range of sonic influences, but also what she stands for: a beacon for “outcasts" everywhere.

“Growing up as an Asian American, I never felt like I was American enough. When I went back to Korea, I never felt Korean enough. I want to speak for those who aren't seen as the main characters in their community. I would love if they could relate to my music, that would be one of the best things. For me, I don't think there were many Asian American or even just Asian role models that I could look up to. I would love to add my voice to that."