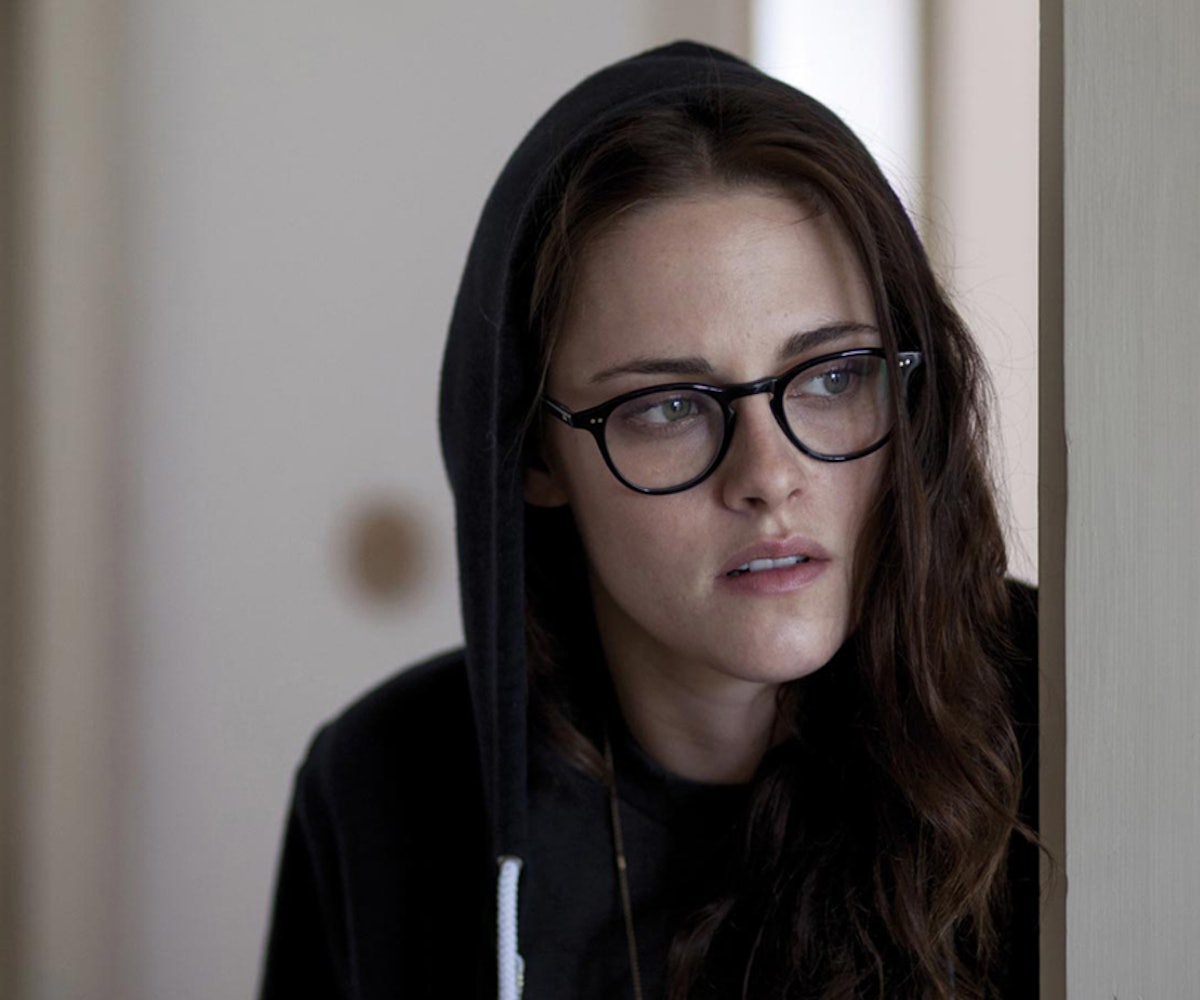 This weekend, two very unalike movies starring Kristen Stewart hit theaters. Woody Allen's Café Society is a talky period romance set between 1930s Hollywood and New York, while Drake Doremus' Equals is a minimalist sci-fi romance set in a dystopian future where emotions have been eradicated. What bonds them together is Stewart, who gives very different performances in each, proving that she is becoming an actress of increasing range and versatility.

There will always be haters who think that Stewart will never escape the shadow of Twilight and that her characters are all variations of Bella Swan, with her intense gazing and frequent lip-biting. But if you take a look back at Stewart's still-young career, you'll see that it's already filled with masterful performances. Here are her nine best so far.

This was only Kristen Stewart’s second movie, where she replaced a young Hayden Panettiere who dropped out of the project. As Jodie Foster’s diabetic daughter, Sarah, in David Fincher’s claustrophobic thriller, Stewart displays both toughness and fear simultaneously, and more than holds her own opposite the no-nonsense Foster. And the fact that she was only 10 when filming began makes this performance all the more remarkable.

Part of a sprawling A-list cast that includes Kirsten Dunst, Garrett Hedlund, and Amy Adams, Stewart stands out as one of Jack Kerouac’s most vivid creations, the free-spirited Marylou. Her performance is loose and free-flowing, the opposite of the tightly wound vampire love that until then, most audiences knew her as.

This criminally slept-on, turbo-charged action comedy sees Stewart playing a small-town stoner hopelessly devoted to her equally small town and equally stoned boyfriend, played by Jesse Eisenberg. It might sound like a thankless role, but Stewart and Eisenberg have real chemistry, and the movie’s breathless pace (and genuinely surprising twists) means that Stewart’s character is much more than your typical damsel in distress. It’s one of her most relatable characters, and she has a blast playing it.

You might wonder what Bella Swan is doing on this list, but it’s essentially impossible to imagine any other actor in this role, and that counts for something.

5. Welcome to the Rileys

Stewart’s first role since Twilight made her a global star, essentially writing the blueprint for her career post the franchise. While the movie itself is a deeply felt indie flick that’s good, if slightly predictable, Stewart, as a 17-year-old runaway who befriends an older man (James Gandolfini), imbues what could have been a caricature, with a fraught humanity. And in the process she essentially writes the blueprint for her post-Twilight career.

Stewart, along with her co-star Peyman Moaadi, carries this steely drama about a guard at Guantanamo Bay who begins a friendship with one of the detainees. The movie is anchored by Stewart's powerful performance, which starts out as icy, but thaws beautifully once the film's central relationship develops. Stewart's reputation as an actress who wants to be challenged became firmly established with this role.

Stewart was on the set of this mellow summer classic when Twilight director Catherine Hardwicke asked her to read for Bella Swan. If Stewart didn't slay the audition (she did), then this film could have established her as the go-to dream girl for nerdy dudes on the cusp of manhood. It's not hard to see why Eisenberg's slight, bookish dreamer falls for Stewart's character. She's a bit of a mess, yes, but she is at once luminous and elusive, thus making her completely irresistible.

The brilliance of Stewart's performance was lost in the shadow of Julianne Moore's towering, Oscar-winning turn as a woman battling Alzheimer's. But Stewart, as Moore's youngest, most rebellious daughter Lydia, is the movie's beating heart, delivering a performance that is deeply poignant, but also unexpectedly funny.

As the assertive assistant to an aging movie star (Juliette Binoche), Stewart delivers her most natural performance to date. And what is great acting if not natural? Here, she seems to follow her instincts seamlessly, and her performance lingers long after the movie's final shot. It's no wonder it won her a  César Award (the French Oscar), making her the first American actress to do so.