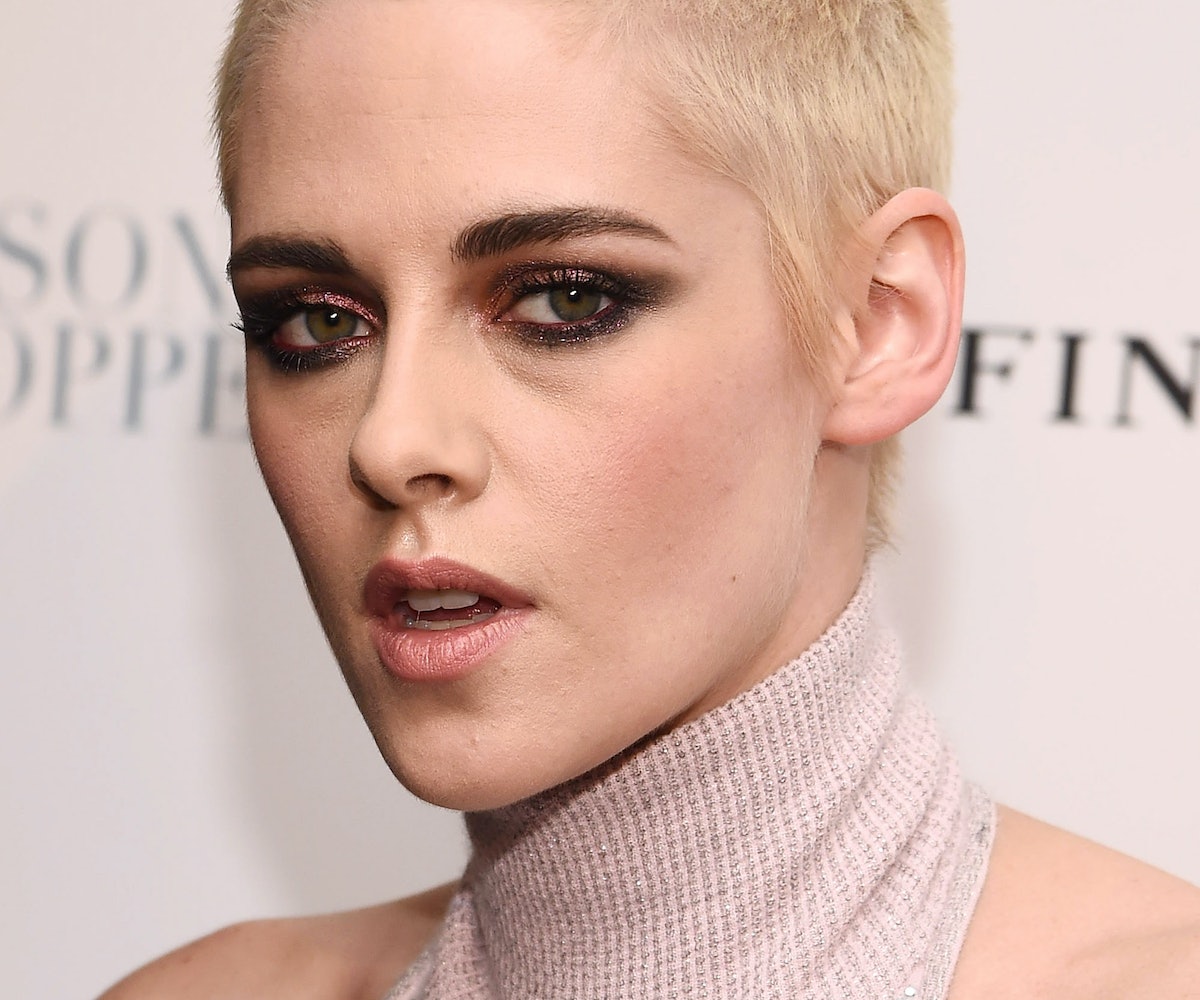 Kristen Stewart is no longer mincing words when it comes to her sexuality. While she's been vague about it in the past, she's now addressing it head on, telling the Guardian, “You’re not confused if you’re bisexual." (Duh.)

Stewart, who previously dated her Twilight co-star Robert Pattinson, hasn't exactly been hiding in the closet—she walked the red carpet at Cannes last year with her now ex-girlfriend Alicia Cargile, telling the New York Times last summer, "I love her so much." Last month, there was that epic moment during her Saturday Night Live monologue where she told Donald Trump she is "so gay, dude." (Also, who can forget that Totino's sketch?)

She told The London Sunday Times last week that coming out was "an opportunity to surrender a bit of what was mine, to make even one other person feel good about themselves," adding that she was never ashamed of anything. "I have not been struggling," she said.

Stewart is continuing to speak out to dispel some of the harmful misconceptions about bisexuality. In a new interview with the Guardian she says, “The whole issue of sexuality is so gray. I’m just trying to acknowledge that fluidity, that grayness, which has always existed. But maybe only now are we allowed to start talking about it.”

The Personal Shopper star feels more comfortable opening up now since the culture of the entertainment industry has shifted to being more accepting. “People still have some horrendous fucking experiences," she said. "But it’s cool that you don’t have to nail everything down any more. That whole certainty about whether you’re straight or gay or whatever.”  She's confident in the fact that she's attracted to both men and women, and wants people to understand it's not just a "phase."

"It’s not confusing at all," she said smiling. "For me, it’s quite the opposite.”