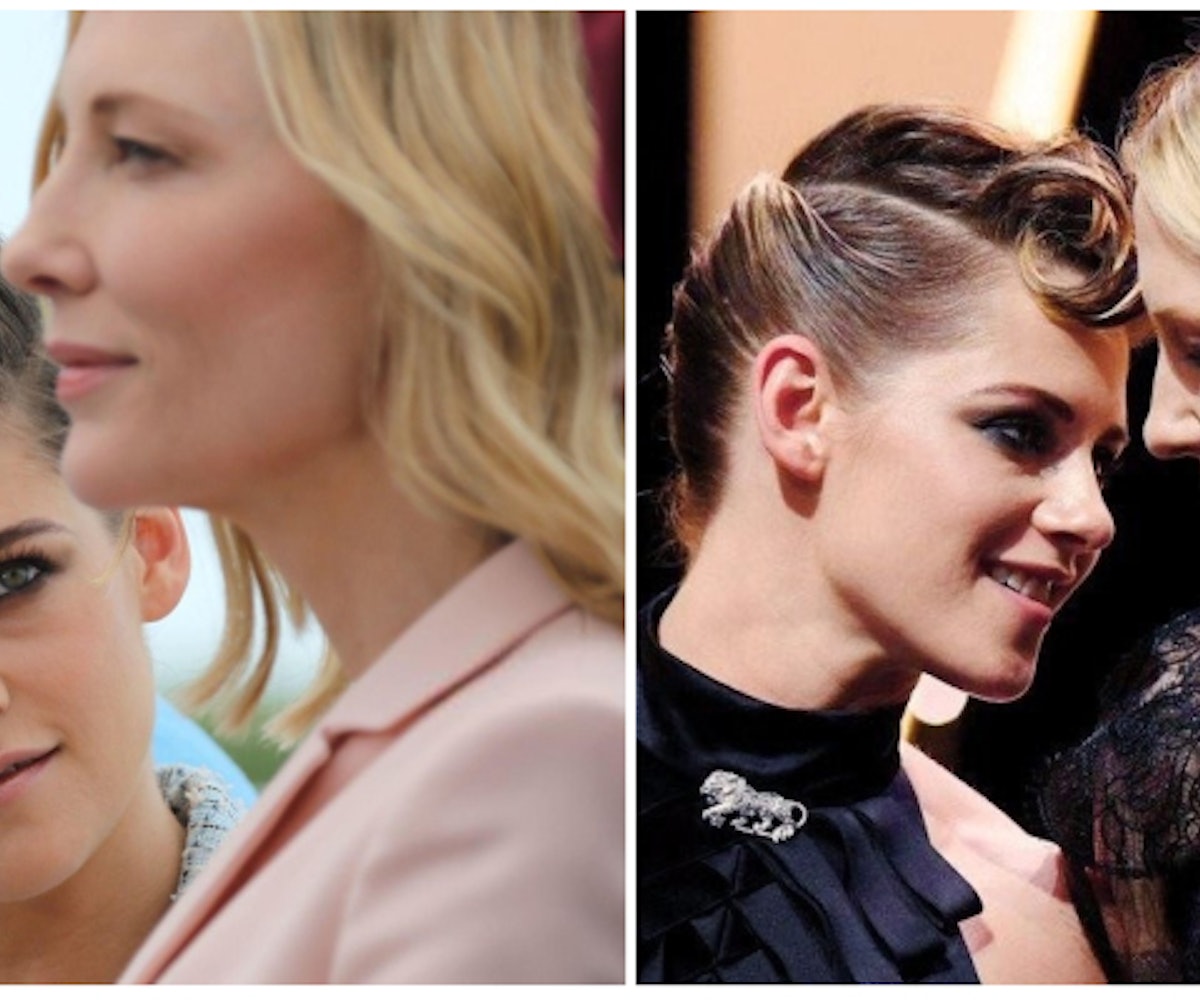 This afternoon, I'd like to take the time to personally thank the 2018 Cannes Film Festival for curing my seasonal allergies and single-handedly restoring my faith in humanity. Thanks to a new series of adorable photos of Kristen Stewart staring lovingly at Cate Blanchett, I (along with the rest of the internet) can sleep a little sounded these next few weeks.

Blanchett and Stewart joined fellow Cannes jury members, Ava DuVernay, Khadja Nin, and Léa Seydoux, in the South of France for the start of this year's festival earlier this week. Not only did we see both Blanchett and Stewart donning spring-inspired pantsuits we now need in our lives, but we were, more importantly, blessed with photos of Stewart staring tenderly at Blanchett. What a time to be alive.

Despite the fact that Stewart is currently dating model Stella Maxwell and Blanchett has been married to Andrew Upton for the past 20-plus years, it didn't stop people from making hilarious memes about them being an item.

Sometimes, the world can be a decent place.

NEXT UP
Fashion
The Wildest Front-Row Looks From Couture Week In Paris
Beauty
Meet Naezrah, The Abstract Makeup Artist Behind SZA’s Coolest Looks
Astrology
January 2023’s New Moon In Aquarius Is All About The Big Picture
Entertainment
Meet Amy Allen, The Grammy-Nominated Songwriter Behind Pop's Most Honest Hits
Style + Culture, delivered straight to your inbox.