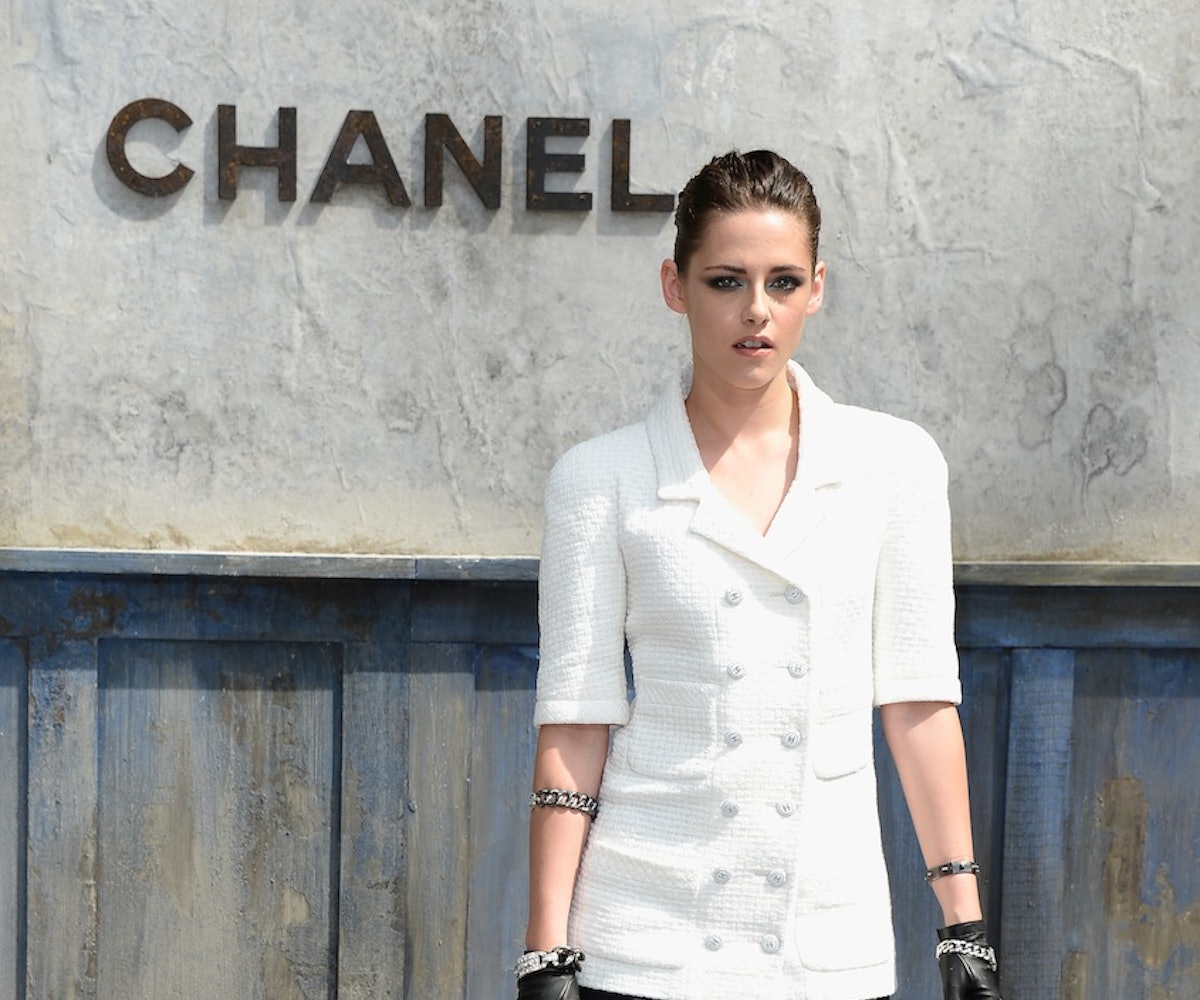 Proof that preferring sneakers over high heels doesn't--and shouldn't--matter, especially when it comes to fashion's inner circle? Look no further than Kristen Stewart. The actress has already worked her magic on Balenciaga, modeling for the label's "Florabotanica" fragrance.

But now she's repping another French fashion house with her latest role. Karl Lagerfeld has recruited the On The Road star for the upcoming 2013/14 Metiers d'Art Paris-Dallas collection ads, which was announced last night in, yep, Dallas.

Lagerfeld will shoot the campaign himself, and we can see it when it's released in May of next year. In the meantime, expect to see a whole lot more Chanel in K.Stew's red carpet rotation... #jealous.