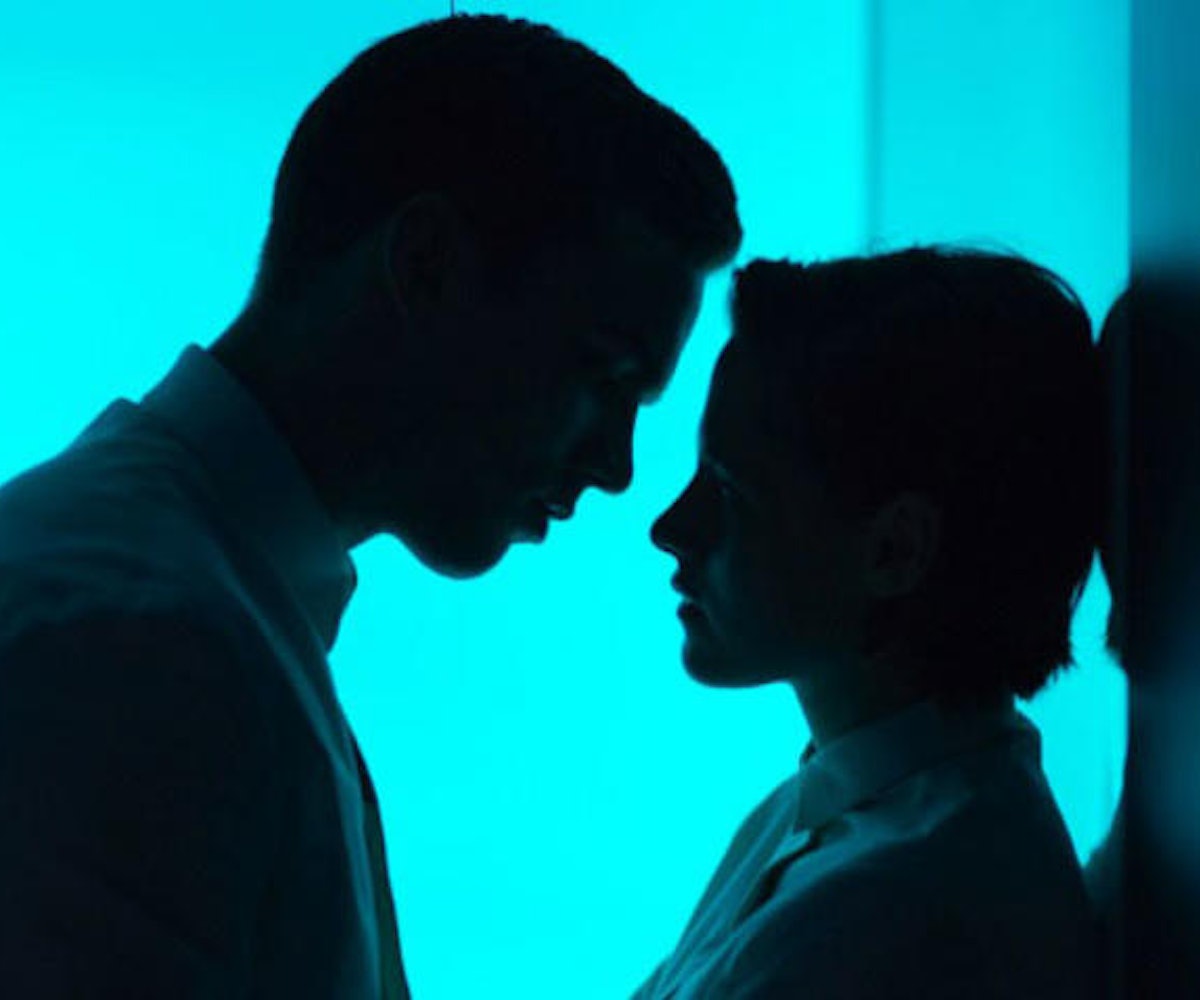 Science fiction is not a genre that traditionally lends itself to anything less dramatic than intergalactic space races, impending planetary desolation, or radical uprisings, but director Drake Doremus’s latest film is moving the genre into a more human direction, focusing on something small and seemingly insignificant: two people falling in love.

Kristen Stewart and Nicholas Hoult star in Equals as a pair of star-crossed lovers. In this futuristic universe, the inhabitants are specially bred to be emotionless. But when a virus called “Switched-On-Syndrome” causes some people to regain their feelings, they are cast off from society. And so when Hoult and Stewart’s characters secretly begin falling in love, they know that they have to escape or else befall uncertain doom. (The trials of love is a theme director Drake Doremus is constantly exploring.)

In this short clip from the film, its artistry lies in its subtlety, making it not unlike Doremus’s earlier mumblecore romances, like Like Crazy and Breathe In. “I longed to create a tone and a texture that simply washes over you so you can purely experience the film through a mixture of the senses; not to make the audience think as much as to make them feel,” he says. “I am consistently preoccupied with the idea that we are here to try and understand this simple, yet extremely complex, experience as human beings.”

Equals premiered at the Venice Film Festival and will also show at the Toronto International Film Festival. Get a first look below.