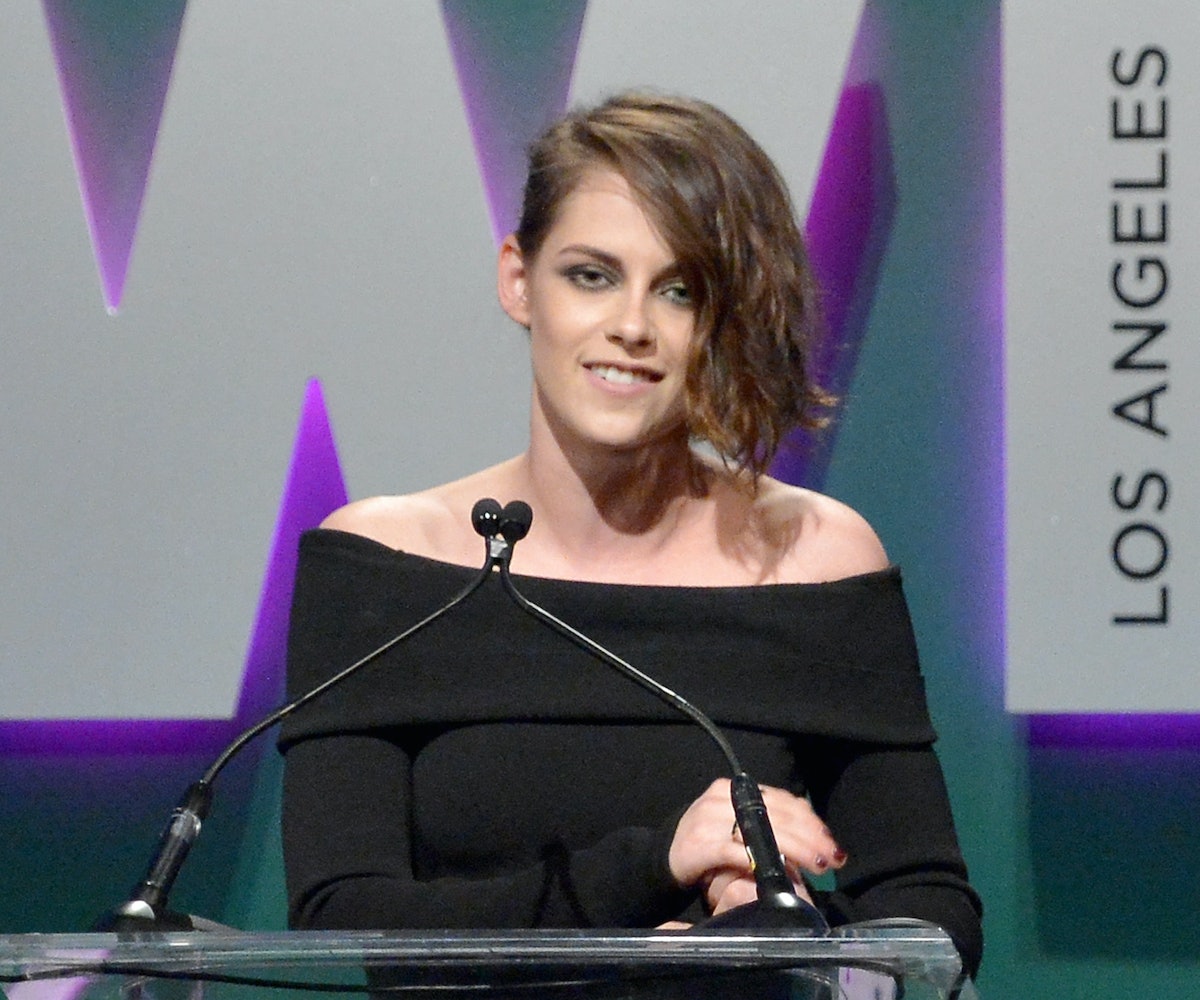 It's no secret that Kristen Stewart has some major style cred, and she just never fails to deliver. Stewart attended the Women in Film Lucy + Crystal Awards in L.A. last night, dressed in an edgy, all-black ensemble.

The awards included the six filmmaker finalists and one wildcard winner from The Storytellers – New Voices of the Twilight Saga, and Twilight writer Stephenie Meyer and Kristen Stewart presented them with plaques. The contest, announced back in October, looked to find and finance five female filmmakers to create short films based on Twilight characters. The contest gained positive buzz for bringing a more feminist approach to film, an industry that has traditionally been male-dominated.

Stewart wore a black, off-the-shoulder top with a sheer black skirt, embroidered with silver rings, and her smoky eye make-up added to the drama of her outfit. Presenting the award, she looked absolutely fierce, much like the five finalists.