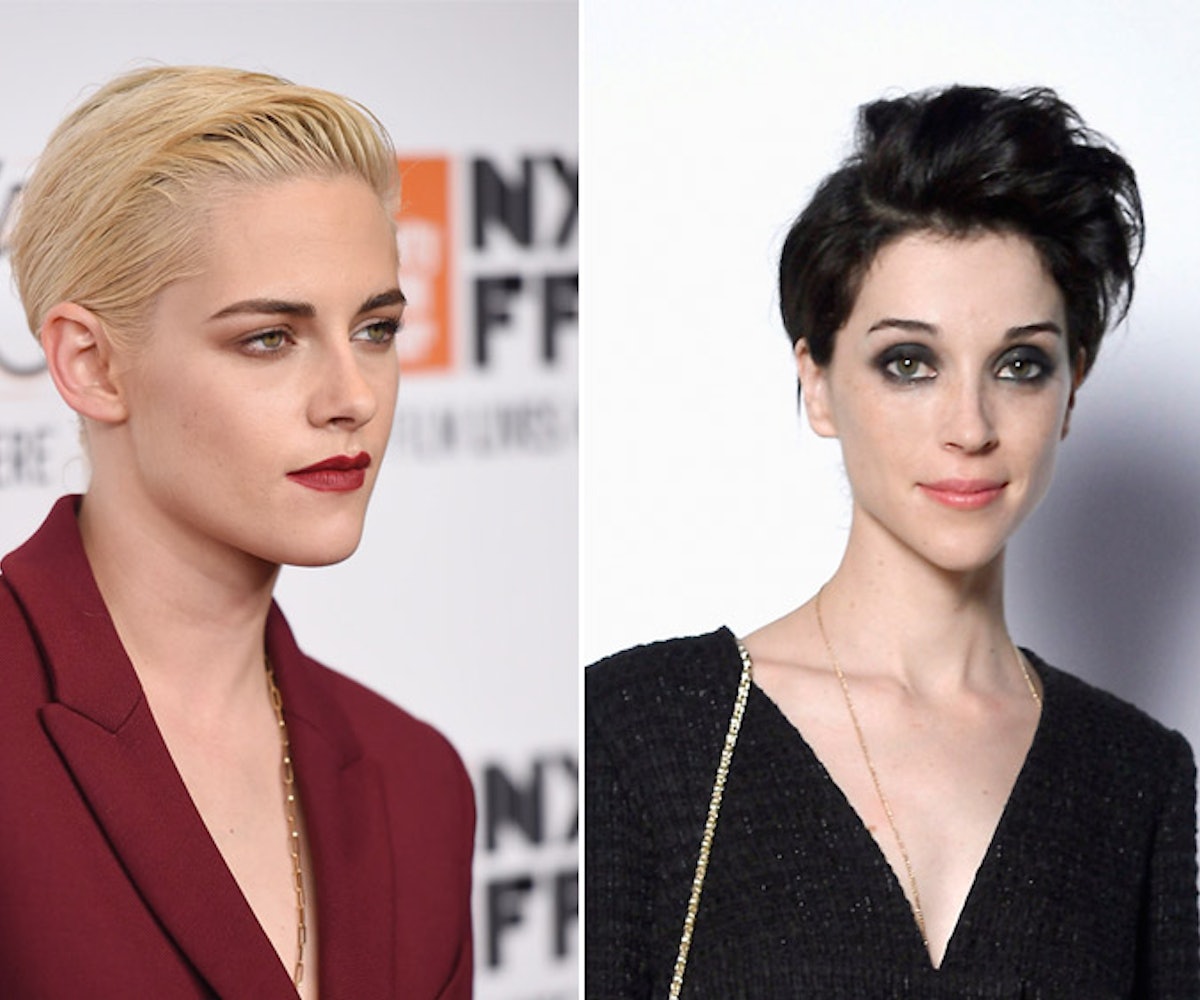 Let's take Kristen Stewart and St. Vincent's Annie Clark. They are the latest duo to generate dating headlines because they simply shared space together. Stewart is in New York City doing the New York Film Festival thing and Clark has joined her at a few carpets. They then walked around the East Village together during a nice New York afternoon filled with sun, lunch, and lessons in transitional rockstar fantasy garb. By Hollywood standards, this means they're dating. And if that's the case, I would be dating many of my coworkers at once because I, too, have been spotted walking around New York, grabbing lunch, and generally sharing space with many of them, sometimes one-on-one, and sometimes in a group. (Sorry you all had to find out this way, guys. Never my intention!)

Of course, this is all mere speculation. Those that keep up will note that neither party has confirmed they've split from their respective partners: Stewart and Alicia Cargile; Clark and Cara Delevingne. Also, of course, there's no need to confirm or deny because private lives, even when lived in the public, should remain private until made otherwise.