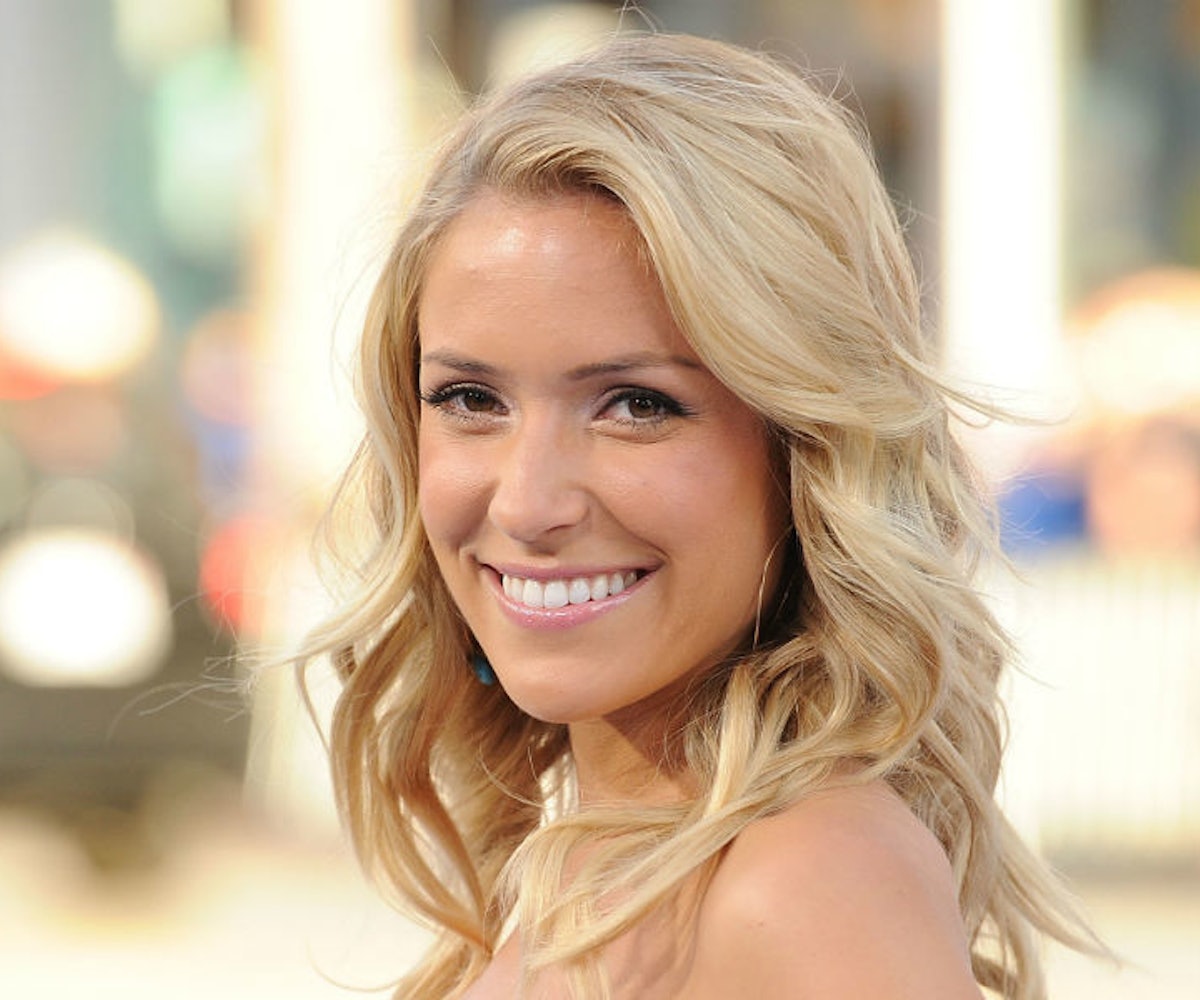 The Hills and Laguna Beach alum Kristin Cavallari is heading back to the small screen. This time around, the cameras are shifting away from the West Coast, though, and heading down South.

The reality star is getting her very own docu-series on E! titled Very Cavallari. The show will follow Cavallari in her new home of Nashville as she opens up the flagship store for her fashion and lifestyle brand, Uncommon James. Don’t expect MTV levels of drama from the loud-mouth teenager-turned-entrepreneur. She’s married now (not to StephEN unfortunately… or maybe, fortunately), is a mom, and has other things to worry about that don’t involve Lauren Conrad.

“We will see Kristin push herself as a boss of a new and expanding brand while combating the pressure to succeed,” Amy Introcaso-Davis, the head of development and production at E!, explained in a statement. “She will be challenged with juggling her staff of strong-willed employees, making time for her husband, newly retired football player, Jay Cutler, and remaining an active mom to her three kids.” Judging from further descriptions, it looks like the bulk of the show will center around Cavallari’s employees—or “minions,” as her husband likes to call them—and the personalities that come with them.

We might not be getting that reunion of The Hills everyone wants (thanks, Heidi and Spencer), but this will do in the interim. As for everyone else’s story lines, well, they’re still… unwritten. Or, you know, you can just catch up with them on social media.

NEXT UP
culture
Anna Delvey Is Getting A Reality TV Show
Culture
Caroline Polachek In KNWLS & More Party Photos You Missed
Entertainment
Samia On 'Honey' & Saying The Ugly Part Out Loud
Nylon Nights
How Renzo Rosso Turned The Pelican Hotel Into A Miami Must-Stay
Style + Culture, delivered straight to your inbox.