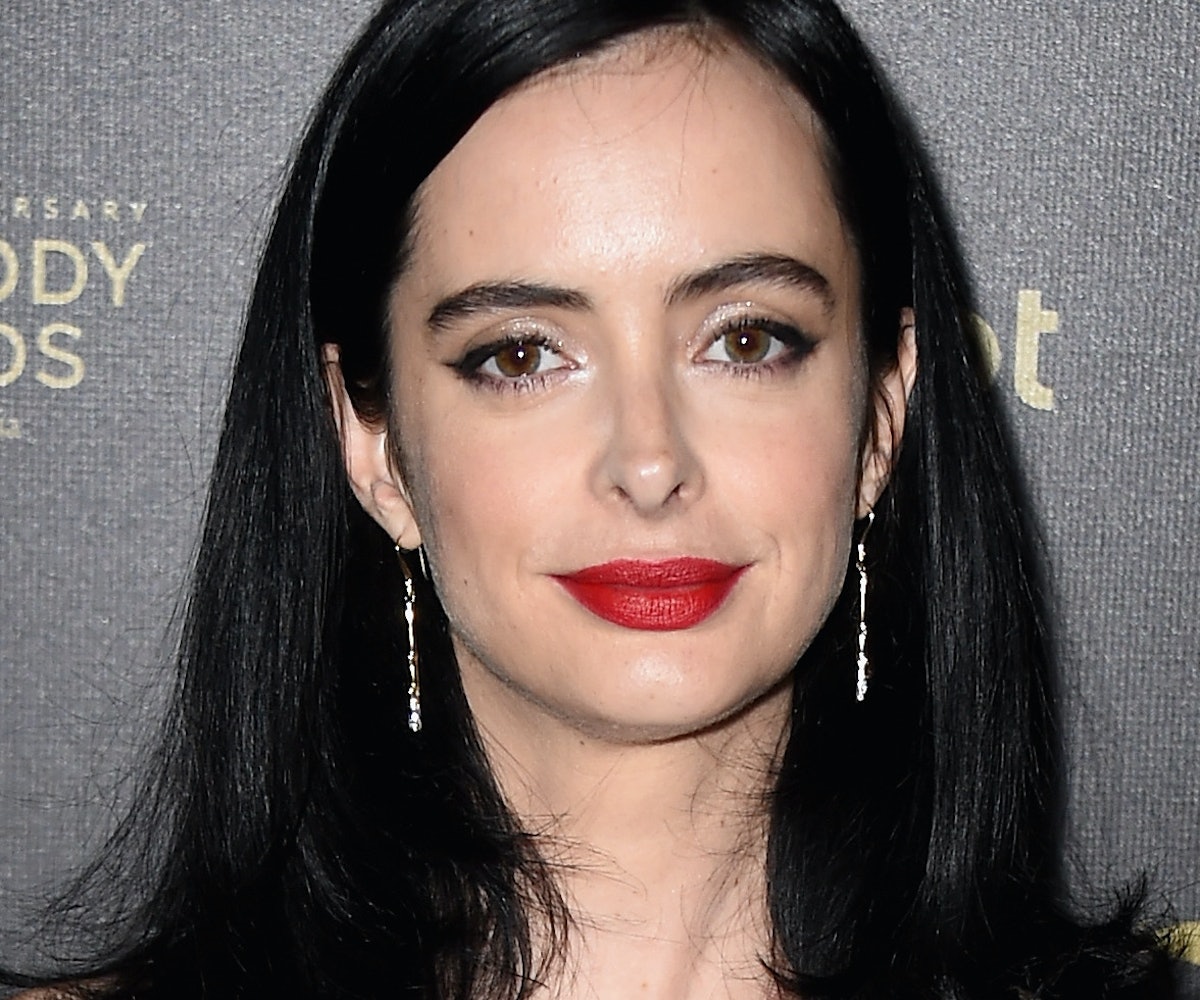 At last night’s Gotham Awards, there was more to celebrate than just independent films—and that is the glam-goth goddess that is Krysten Ritter. She proved that channeling your inner lady Dracula is totally red carpet-appropriate.

While the actress was attending the ceremony for Jessica Jones’ nomination for the Breakthrough Series Long Form award, she was already winning when she stepped out on the carpet. In a minimal ensemble by Cushnie et Ochs, the Ritter wore a simple black gown (with one hell of a leg slit, may we add) underneath a matching structured cape. She kept her accessories simple, completing her look with a plain black clutch, glistening earrings, and red satin Nicholas Kirkwood heels.

Despite the simplicity of her outfit, she went all out in terms of hair and makeup. Pairing her glamorous, loose waves with a red lip, she was the epitome of old Hollywood glamour—but with a vampire-ish twist. Slay, girl, slay.

In case you were stumped on what to wear to that upcoming holiday party, let Ritter serve as your inspiration for party dressing done right.