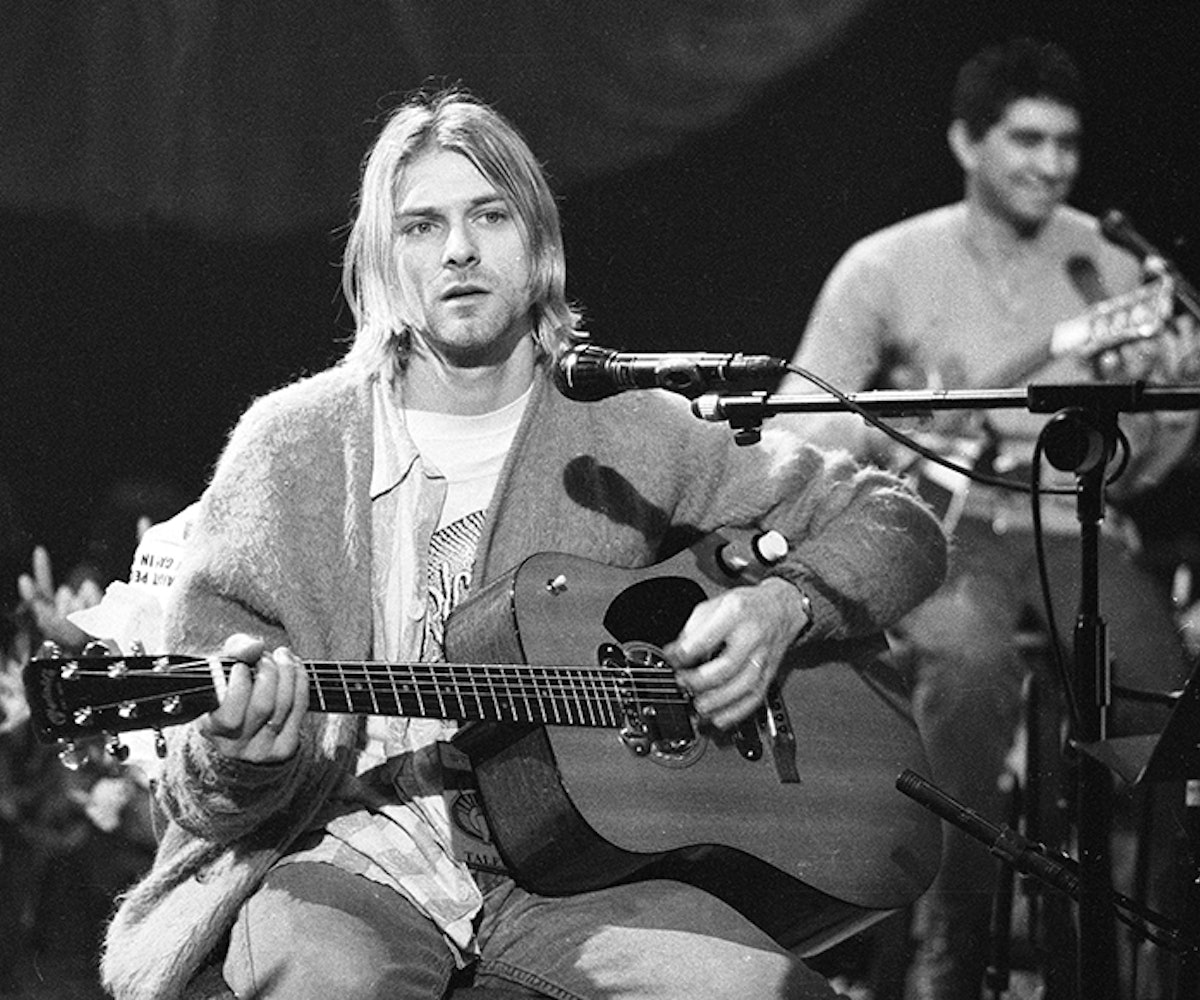 When it comes to music documentaries, we've already got some go-to favorites: The Punk Singer, Shut Up and Play the Hits, Madonna: Truth or Dare, Pearl Jam 20, and Good Ol' Freda (just to name a few). But next year, we'll definitely be adding one more to our list, and that's Kurt Cobain: Montage of Heck.

The name for this first official documentary about everyone's favorite grunge king and the infamous Nirvana frontman probably sounds familiar, too, and it's because the new doc is inspired by his recently uncovered 36-minute long mixtape. The film will air on HBO as part of the network's "HBO Documentary Film Series" and includes collabs with Cobain's own family. That's one reason we really think this doc is going to be good—because it's basically approved by Frances Bean Cobain (who has been named as the executive producer on the documentary about her father). Plus, as with all music docs, we expect to get a totally exclusive behind-the-scenes look at a legendary musician; what he did backstage, who he was offstage, and what his personalities are really like.

What you can expect to get from this documentary (directed by filmmaker Brett Morgen) is an exclusive glimpse into the Cobain archives and never-before-seen material from the icon—two reasons why we'll totally be tuning in.

An image featured in Kurt Cobain: Montage of Heck, © The End of Music, LLC/courtesy HBO