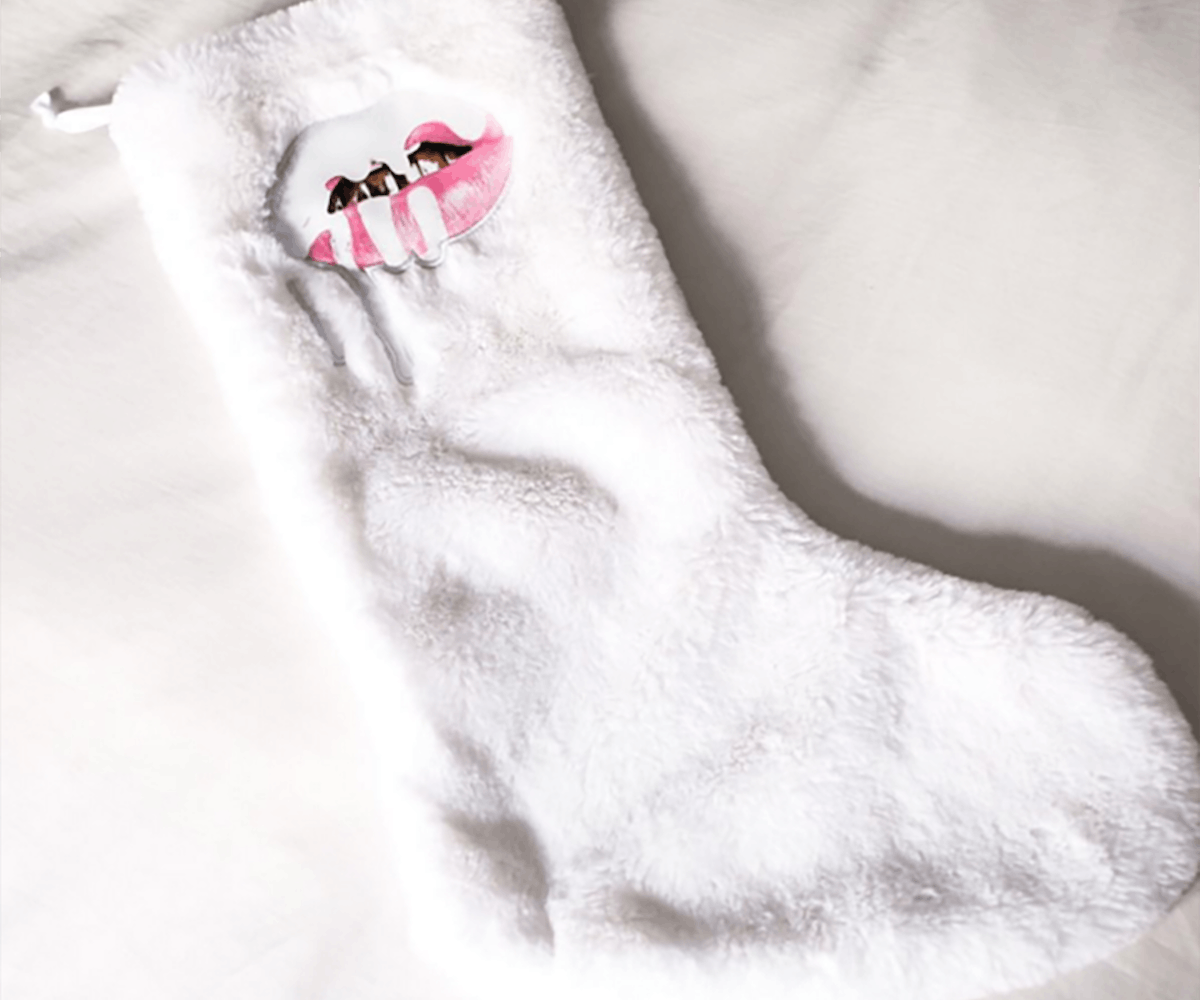 First things first, every single product in the holiday series will contain “real diamond powder” and will be packaged in pretty all-silver tubes and boxes complete with a white bow, which is enough in itself to have us jumping with joy.

But let’s get down the details we want to hear. Jenner is introducing two new liquid lipstick shades exclusive to the holiday collection, Angel (a soft, rosy pink) and Vixen (a deep plum), which will be a part of a set of six mini tubes also containing past favorites. There’s also a set of four lip products coming our way: two mattes and two glittery glosses in Cupid, Angel, Blitzen, and Noel shades.

Oh, and for the festive types, she’s also launching ornaments containing Lip Kits and glosses, because no Christmas tree should be left without a pretty pout this year. With these ornaments, you’ll find a metallic wine-red called Dancer; a dark cranberry gloss named Jolly; a bright glossy red fittingly-named Naughty; a deeper red called Merry; and Vixen.

But let’s not forget the eyes. There’s an exclusive new Kyshadow Palette dropping, featuring nine new holiday shades with plenty of jewel-tones: the nude Sugar Cookie, the silver shimmering Frosty, the taupe Chestnut, the metallic eggplant Mittens, the vibrant metallic blue Winter, the bronze Gingerbread, the shimmering plum Nutcracker, the semi-matte deep green Evergreen, and the matte plum Silent Night (and a mirror, whew!). Check them out in the video below:

There’s also three new cream eyeshadows, whose shade names are pretty self-explanatory: Golden Plum, Camo, and Yellow Gold. Additionally, Jenner finally put out a set of brushes. The chic, minimal set will contain four skinny versions and one fluffy for flawless, all-over application. In case you’re not sure where to store all of this, she’s launching a silver version of the makeup bag she launched earlier this year. Festive!

For those of us lucky enough to beat the internet before it breaks during the launch, Jenner is launching a boxed holiday set containing, wait for it, everything. Yes, that means all of the holiday launches previously discussed as well as a new white version of Kyliner named Snow. We’re picturing a digital version of Black Friday parking lot stampedes as soon as this drops.

We don’t have pricing just yet, but we’re just going to go ahead and recommend adding these to your holiday wish list anyway. The holiday collections will launch this Monday, November 21, at 1pm PST at KylieCosmetics.com. Mark your calendars, set an alarm, and do not be late. We’re sure most of these will sell out very quickly, as her launches tend to do. Monday is going to be one hell of a day, that’s for sure. However, be sure to pop back online on Black Friday, when you’ll receive a fluffy white stocking with a purchase.