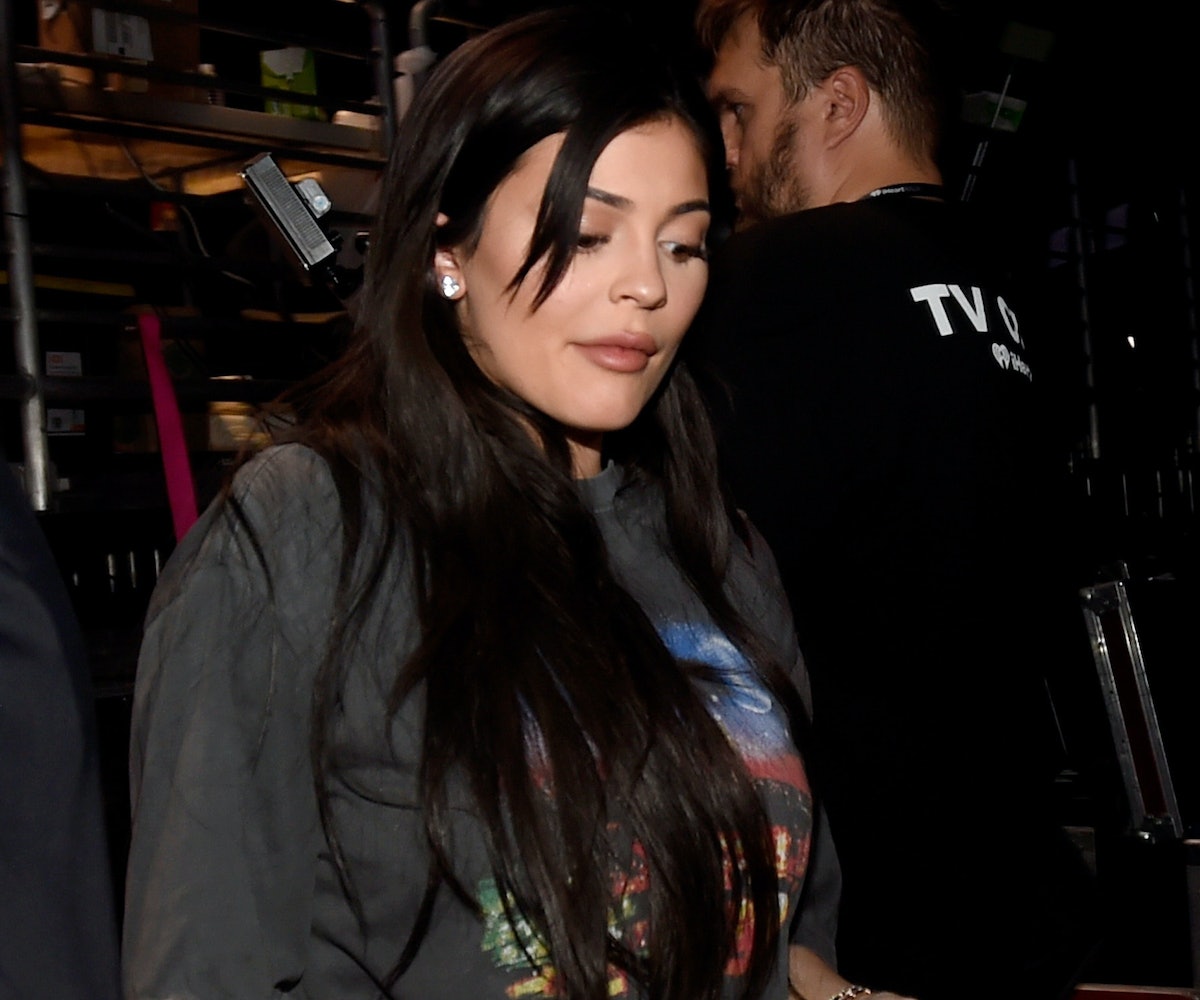 On Sunday evening, Kylie Jenner confirmed her long-rumored pregnancy by ending her social media hiatus to announce that she had given birth to a baby girl on February 1. Posting a video on YouTube, titled “To Our Daughter," and a touching note on Instagram, she ended weeks of intense speculation about her prolonged silence by revealing why she had kept her pregnancy under wraps.

“I understand you’re used to me bringing you along on all my journeys," she wrote. "My pregnancy was one I chose not to do in front of the world.” Jenner, as someone who grew up in the public eye, gave a good reason for this, too, adding that she wanted to "prepare for this role of a lifetime in the most positive, stress-free, and healthy way” possible—i.e. no cameras, no paparazzo, no ogling. And if the way people are currently side-eyeing her happy announcement is any indication, she was totally right to keep this important time as productive for her and her baby as possible.

As a source noted to People, she knew the pregnancy news "was inevitable," but that she had hesitations about sharing anything as "she knew she would be judged for being so young” and was "very sensitive" about her public image. As a member of what is arguably the world's most famous family, she knew that the spectacle surrounding her public image and body would not "be healthy for her or the baby.” So she did what any woman experiencing such a special, intimate moment has the absolute right to do: She kept it as quiet as possible.

Nevertheless, everywhere you looked there was a dour tone of cynicism and condescension surrounding the announcement, with many using language such as Kris Jenner's "master plan" and "ratings boost" throughout her pregnancy. But now that the news is out in the world, an even more sinister contingent of internet commenters is dubbing the baby a "PR stunt" or part of a "brilliant PR strategy," and that, to put it frankly, is fucked up.

Everyone always tries to assign the Kardashians, a group of smart businesswomen, a motive, even when it comes to some of their most personal experiences. From rumored romances to horrific tabloid allegations that Lamar Odom's overdose was a plan concocted by Khloé Kardashian or that Kim Kardashian's Paris robbery was a "paid" move, the public has long-proved itself eager to tear down the Kardashian-Jenners, no matter how traumatizing or devastating the external circumstances. As one of the pioneers of contemporary celebrity culture, the family has been subject to a particularly pointed brand of public scrutiny—sometimes with merit, sometimes without.

As celebrities, people feel entitled to their existence at some level. And as people who've built their brand on accessibility, the Kardashian-Jenners occupy a strange plane within pop culture—in which they are simultaneously judged and revered by detractors and fans, respectively. This strange dehumanization is messed up, to begin with, but where do we need to draw a hard line? Well, when people are reducing a human child and the choices the mother made in regard to their birth a "publicity stunt." Especially when this is a sickening and incredibly alienating accusation that will likely follow Jenne's daughter throughout her entire life.

Not only is it presumptuously invasive, but to play speculative moral police and assign a "motive" to Jenner being pregnant is disappointing, to say the least. There is no single "right" reason to have a child and, by all indications, Jenner's baby is truly wanted, loved, and will continue to be taken care of by her mother. To be cynical and subsequently judgmental about Jenner's mothering skills during this emotional time is bullshit. If a financially independent young woman with a supportive family and partner wants to be a mom, leave your line of questioning at the door—or maybe send her your congratulations like a decent human being.