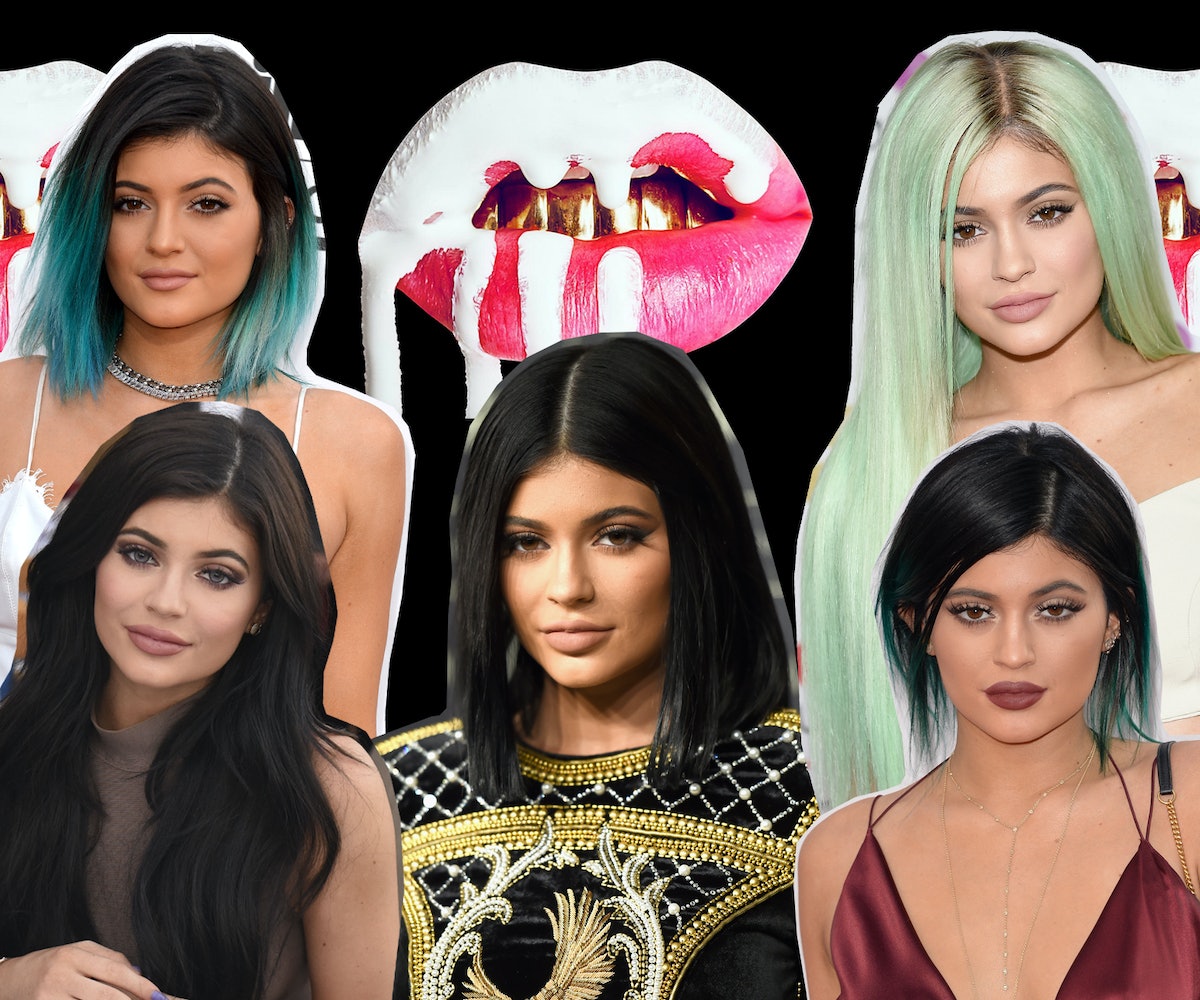 Kylie Jenner is unstoppable. At only 19, she's built an empire born out of tabloid gossip, a keen eye for trends, and more than a little business savvy courtesy of mother Kris Jenner. In less than a year, Kylie Cosmetics has risen to cult status, with products selling out faster than most people's internet browsers will load the page. And with her foray into beauty, she's made it that much easier for fans to copy her look. After all, when you're the youngest member of the world's most (in)famous family, you've got to find a way to stand out, and convincing your millions upon millions of followers to covet and idolize your look is certainly one way. Hell, why not go ahead and start a beauty revolution while you're at it?

"I'm a huge fan of Kylie's makeup look," Joanna Spicer, a beauty vlogger, tells us. "It's definitely requested a ton by my clients and subscribers." Spicer isn't alone. Hermosa Lynn, a makeup artist, influencer, and beauty blogger, says Jenner's "edgy but feminine" style has helped inspire a "peak in Kylie-inspired looks." Layla Esmée, an influencer, likes "the classy and feminine part of her style and [wants] to be seen like that, as well." Indeed, how many people did you see rocking a turquoise dip-dye 'do after Jenner debuted it nearly two years ago? Spicer says that was when she really started to view Jenner as a beauty icon. "That was also around the time when she got super into makeup, and I thought her look was really cool." Remember when Jenner caused a nationwide shortage of a certain shade of M.A.C. lip liner? Lynn says that was the moment she began to see Jenner in a new, influential light. Rest assured, if Jenner publicly puts her faith in some product or style, it will soon be seen (and sold out) everywhere.

Kylie Cosmetics makes Jenner's impact even more extensive. Lynn describes Jenner's look as "clean, understated glam." Tenzin Phentok, a makeup artist, echoes that statement, saying that because Jenner's way of communicating with her fans is "so pure and honest," it makes it easier to "relate to her [on] some level," and feel like her glam is accessible. It's not an effortless look, mind you. Jenner often shares behind-the-scenes videos of what really goes into the art of being Kylie. The magic of it all, though, as Phentok, Lynn, Esmée, and Spicer all confirm, is that it looks doable.

With the viral popularity of specific beauty blenders, highlighters, tutorials, and more, there has never been a better time for Jenner to market her image. It's nearly impossible to quantify how many people are under her influence, but it's safe to say, based purely on her Instagram followers, that millions are. "I wear Candy K every day," Spicer says. "I have definitely been inspired by Kylie in most of my makeup looks [over] the past several months." Lynn says that Jenner's "products are genuinely great quality." Esmée—who tells us she tries to get her hands on every lip kit—agrees, saying they really are "that good." But with so many people walking around with Instagram Model faces, a trend Spicer recently explored on her YouTube channel, has Jenner's revolution altered our perception of beauty? According to Phentok and Lynn, not really. "Beauty means embracing our unique characteristics," Lynn tells us. "Everyone has a feature they can play up." For Phentok, "makeup represents dreams, strength, and confidence." If Jenner is a symbol of that, then so be it. Better to be a vessel for positive self-expression than negative. "Nine times out of ten," Lynn adds, "we're wearing it because we enjoy it." And in some cases, like Spicer's, it can even make you "feel like Kylie." Which, really, means feeling beautiful.

NEXT UP
Beauty
The Most Viral TikTok Beauty Products of 2022
Beauty
Tumblr’s Coquette Aesthetic Is Taking Over Beauty — How To Get The Look
Beauty
It’s Official, Y2K Beauty Trends Still Rule The Runway
Beauty
Kristen Stewart Brought Back Her ‘The Runaways’-Era Mullet