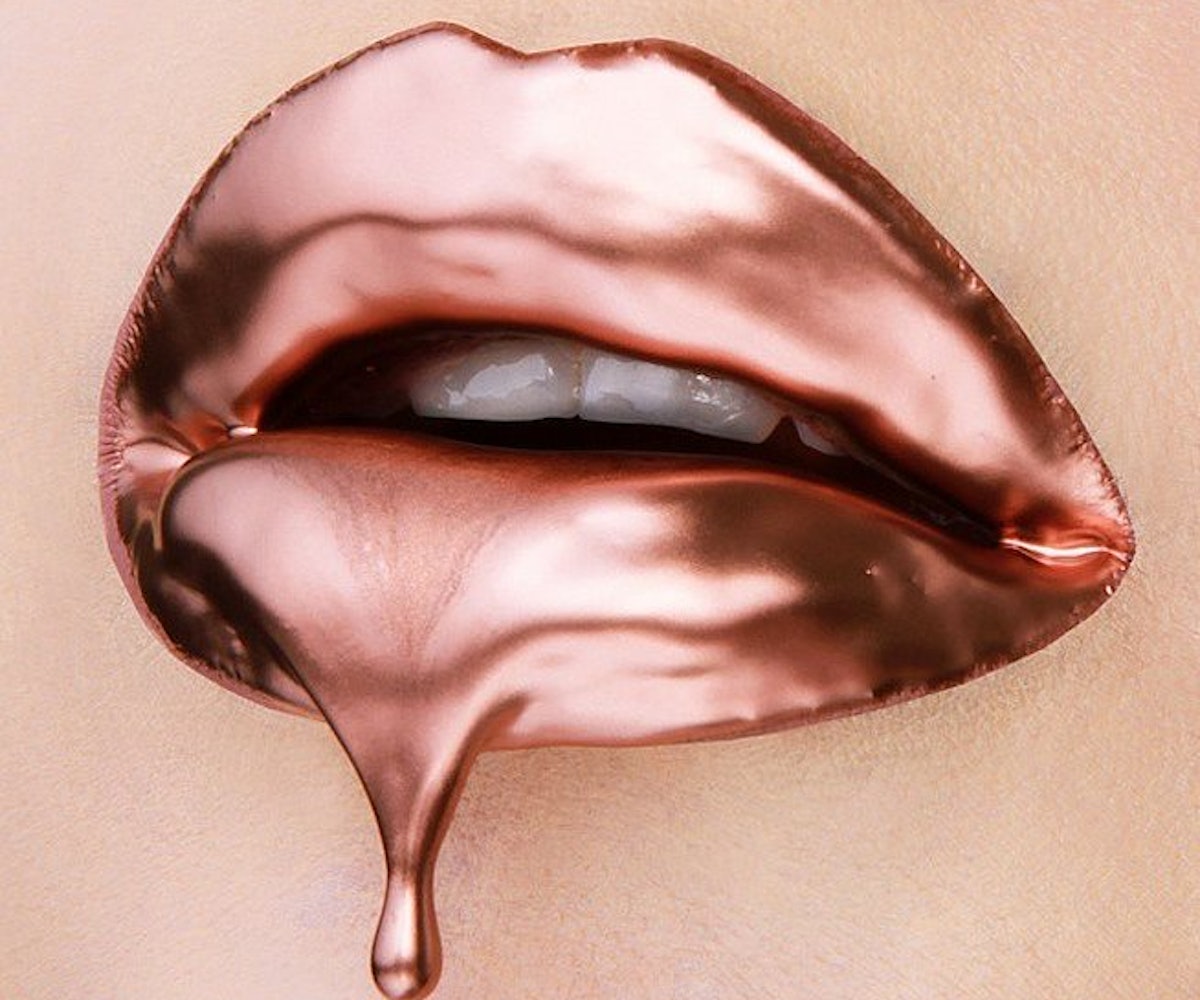 Sound the alarm—there is not going to be not one, but three new additions to Kylie Jenner's Lip Kit collection.

Jenner took to her Snapchat to send her followers a preview of the newest additions to her Lip Kit line in honor of Coachella. The image, which has since been deleted, showed Kylie’s arm covered in swipes from her three new shades: a metallic dark brown called Reign, a gold called King K, and a rose gold called Heir. Luckily, a few were quick enough to screen shot the Snap.

Back in December, Kylie had Instagrammed a photo of a metallic rose gold lip created by makeup artist Vlada Haggerty and called it “inspo,” and we’ve been dreaming of a real-life addition to her line ever since. It appears that our hopes and wishes are finally coming true.

We’re sure these three new metallic matte shades are going to be a major hit. We wouldn’t be surprised if they sell out even quicker than her previous shades (if that’s even possible).

While there’s no word on when these will be released, we’ll be watching our Snapchat feeds like hawks for more announcements.