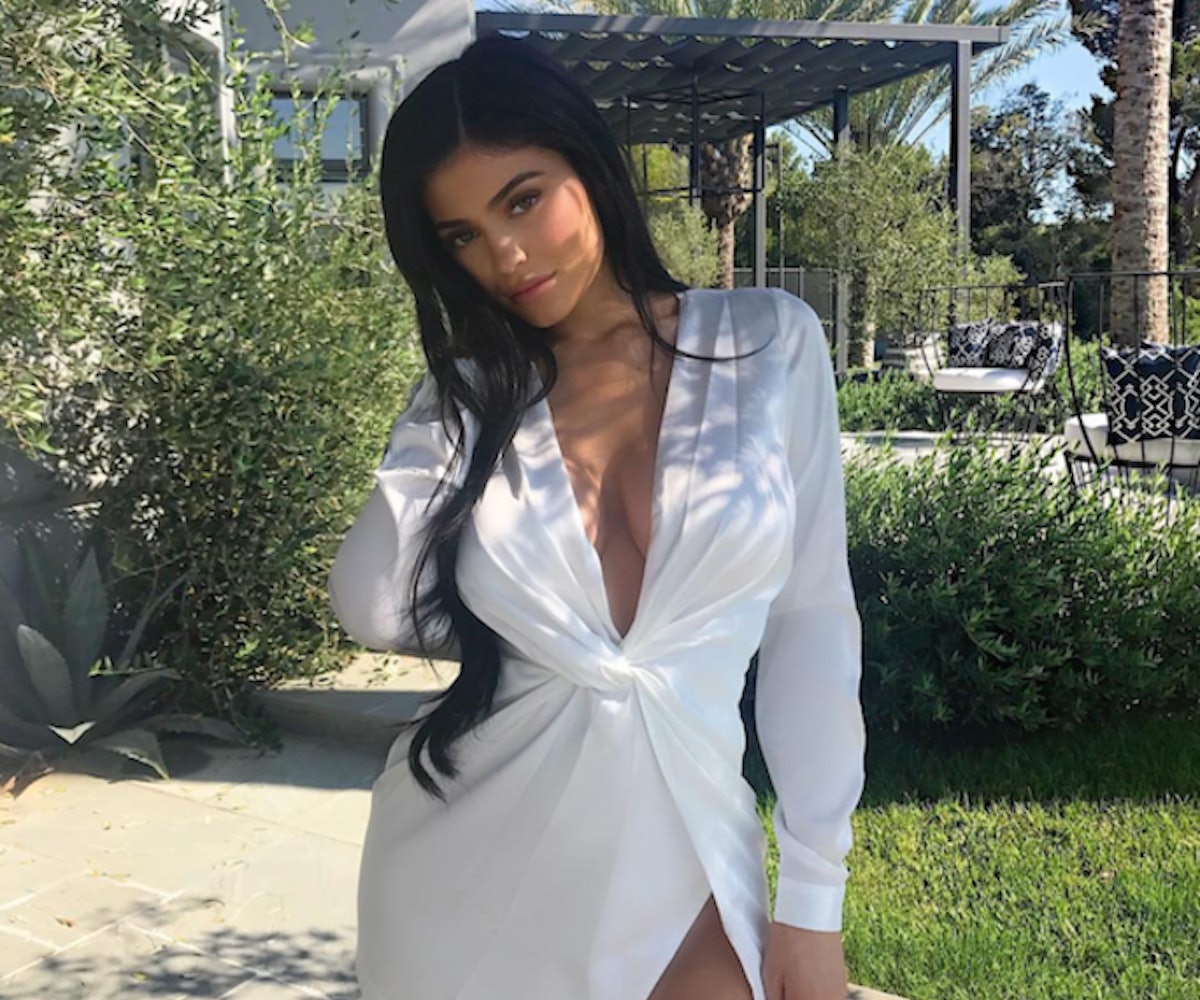 Well, it's been less than 24 hours since the world found out that Kylie Jenner is, reportedly, pregnant. Although she hasn't yet confirmed the news herself, there's a lot of problematic talk already happening. Talk that no woman—no matter how famous or infamous—should have to deal with, for the simple fact that a woman, even a 20-year-old woman, has the right to decide for herself what goes on in her life and body. But, unsurprisingly, here we are: shaming her for being pregnant at 20, speculating over whether or not she intended to get pregnant, and now ex-boyfriend Tyga is fueling paternity rumors. A girl can't win, because in 2017 a woman still can't be trusted to make decisions for herself.

Why are people so up and arms about Kylie being pregnant in the first place? People are upset because she hasn't been dating Travis Scott "long enough." That she should have used birth control. That she's just. Too. Young. There's also a bevy of extremely racist reactions about Travis Scott being the father. Oh, and now ex-boyfriend Tyga is stepping into the fray, fueling rumors that he's actually the father. In a now-deleted Snapchat, Tyga reportedly wrote, "hell nah that’s my kid" in response to the pregnancy rumors. So with all of these factors combined, here's the narrative we're left with: An irresponsible 20-year-old woman was not smart enough to take birth control and got herself knocked up by one of two black men, and she probably doesn't know who the father is.

This will be unsurprising to many, especially if you are a woman and live this narrative every. Single. Day. There are also many of you whose eyes literally can't roll back far enough, seeing so much news about another Jenner-Kardashian baby when there is so much other important things going on the world. But that's just the thing: We can't ignore this just because it's happening to someone famous, hiding our distasted by saying a whole lot of stuff about how rich and privileged she is and how celebrities shouldn't be surprised to not have privacy.

This narrative is exactly what we are dealing with everywhere, in every state, in every city across the United States, to women who have far fewer resources and privilege. The Trump administration is attacking women's rights at every turn, from attacking a woman's right to choose to, most recently, overturning campus sexual assault protections. The administration has also emboldened white supremacy, which loves nothing more than creating twisted narratives about dangerous men of color impregnating susceptible young women, and casting women of color as welfare queens with more kids they can afford and the like. Which is all to say, all of this is so incredibly relevant even if it's happening to a celebrity you could care less about.

If you see something, say something. Call out this behavior where you see it. Tell your friend it's not cool to speculate about what Kylie did and what she might want. Does that seem ridiculous to you, or maybe a waste of time? But look at it this way. If we can't stand up for Kylie Jenner, can we stand up for our sisters and friends? For your neighbor, or that girl you went to high school with? For the person of color in the neighborhood who's been racially profiled? Can you stand up for yourself?