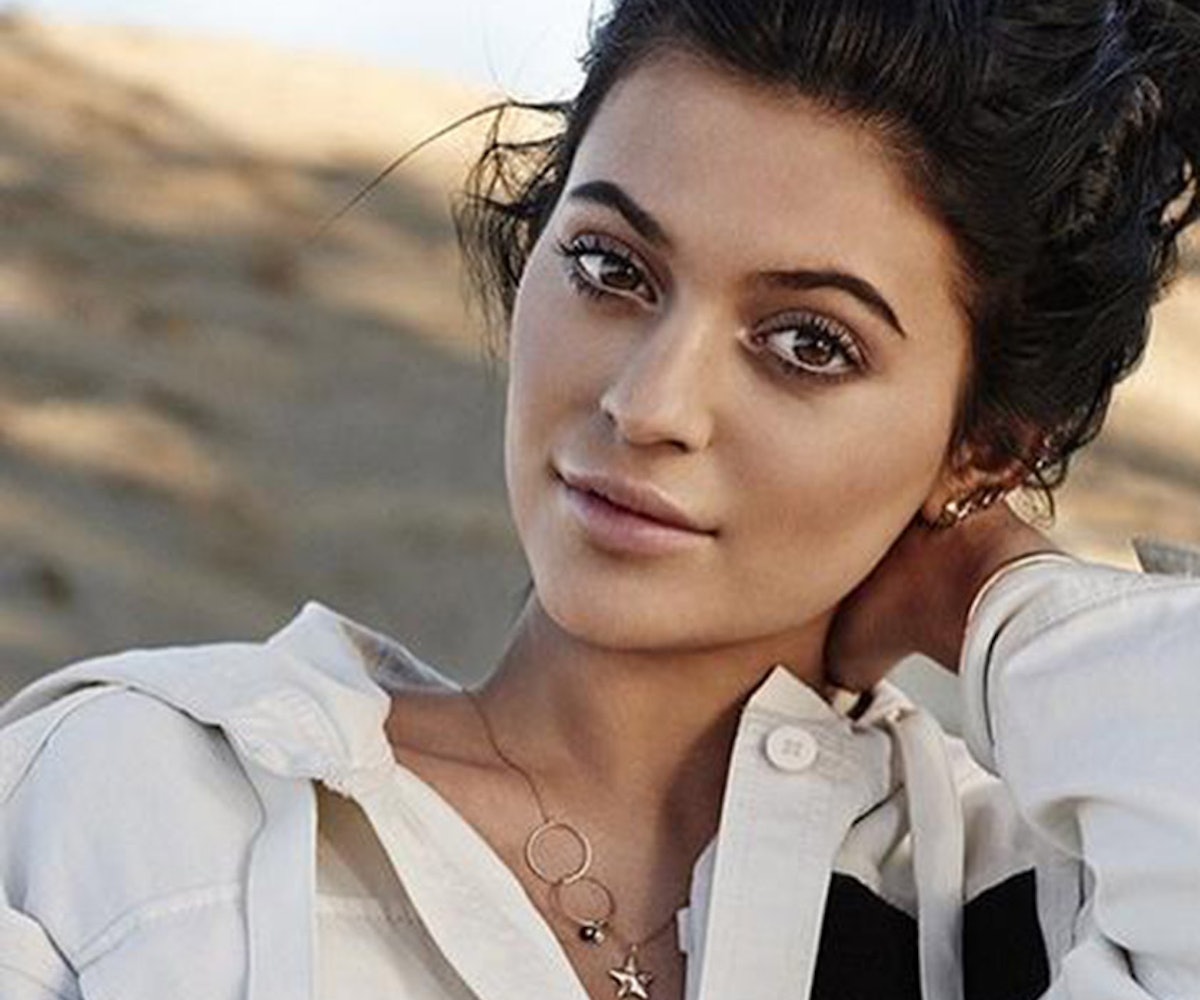 Photo via @UpdateJenner on Twitter
by rebecca deczynski
April 16, 2015

Another day, another Jenner cover. There is no escaping it. As news of Kylie Jenner's desert dystopian Teen Vogue cover shoot broke, the Internet gods commanded that we let it be known to all. And lo, it was actually pretty cool.

The shoot placed Jenner and her BFFs in a post-apocalyptic (post-Coachella?) world in which the color palette is natural and the clothing is couture. Because there's no way a girl could survive a rapidly crumbling society without an armful of Cartier bracelets, right? The mind reels.

While Kylie Jenner and her krew do look like they're having a blast on set with their festival-ready getups, the shoot has left us with some pressing questions about just how this reality star would fare, should she actually find herself in an actual dystopian universe. Would she fashion her own selfie stick out of some scrap metal? Would she DIY her own all-natural lip liner? Which Insta filter would best say, "I'm fighting my way through this decaying world but I still look good doing it?"

Somehow we're strangely confident that Jenner could do it, and we're not afraid to admit it. So be nice—Kylie's reading the comments. "Today I posted my Instagram picture three different times. I kept deleting it and re-posting it because I kept looking at the comments and they were bad comments," she told Teen Vogue. "And I was like, 'Ahhh!' and I kept re-posting it. The people who take the time to write these comments are so mean and hateful, like they just want to come at you and hurt you."

Click through the gallery to see more shots from the shoot.

Hating On The Kardashians Needs To Stop, Now

"I never really wear makeup unless I need to, because when I do my makeup I like to really do my makeup. So I'm never going to spend just 20 minutes, you know? A good night out is, like, two and a half hours for full makeup, curling hair, whatever. I love false lashes—individuals, strips, extensions."

"I feel like I've heard the worst anyone can say about me over and over every day. So it's like my self-esteem definitely wasn't good at a point, I guess? But especially having the most beautiful sisters in the world...I just try to find what makes me feel good and be as confident as possible."

"You can read 1,000 nice comments but remember the mean one. I think you should only really listen to what your family and your close friends say. I try to let it go in one ear and out the other and just stay positive."