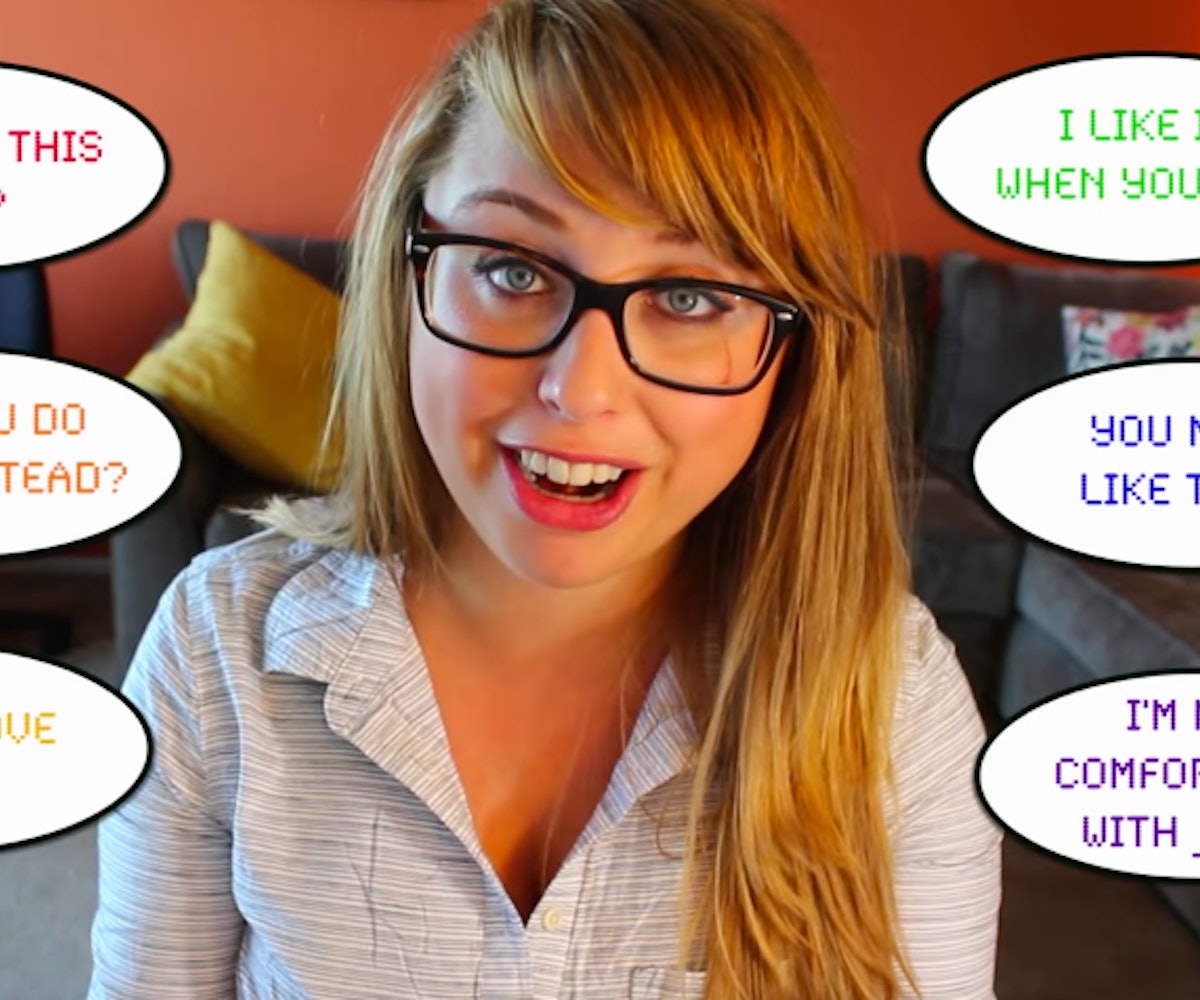 California native Laci Green started uploading videos to her very first YouTube channel at age 18. Nearly 10 years later, Laci owns and operates the number one sex education channel on YouTube: LaciGreen. With more than a million subscribers, a Webby award-winning spinoff series for MTV, and content produced on behalf of Planned Parenthood and Discovery News, Green is now the reigning queen of the online sex-ed industry.

It all started while Green was studying law at UC Berkeley; while there, she also taught a course on Human Sexuality, organized peer-led sexual health programs for local high schools, and launched her Streamy award-winning sex-ed series, Sex+. She got a certificate in domestic violence and rape crisis counseling from the state of California in 2010 and was also featured last year in TIME magazine’s list of the 30 Most Influential People on the Internet.

How do you feel the internet, and YouTube specifically, has changed the way young people learn about sex?

The internet is amazing because it has offered an open platform to talk about sexuality in ways we haven’t been able to before. Whatever has been kept in the shadows is on full display online—for better or worse. It’s great in the sense that it’s more accessible, and people who live in sex-negative communities can just hop online to find community and information. But the openness of the internet has also created new challenges, like distinguishing fact from fiction.

Have you, over the years, seen a change in the way the high school and college students are responding to sex-ed, feminism, and LGBTQI+ issues?

Yes! I think the conversation is elevating, and some of the more basic myths about anatomy, safer sex, and sexual assault are slowly being debunked. My experience is that young people are, and have been as long as I’ve been doing this, very positive toward LGBT and feminist causes.

What are the resources you would recommend to young people who have questions about sexual health?

Go Ask Alice, Scarleteen, and Planned Parenthood are fantastic non-YouTube internet resources. As for books, every young woman should own a copy of Our Bodies Ourselves.

What is the most important thing young people should know about sexual health?

Taking care of your sexual health is just as important as taking care of your overall physical health. Things like STI screenings, birth control, and Pap smears are nothing to be embarrassed about; they’re part of adulting.

What do you think is at the root of the recent YouTube censorship of LGBTQI+ and feminist content?

Based on YouTube’s comments about this, I don’t believe it was deliberate. I think LGBT content got swept up in an algorithm change that was meant to offer parents a way to moderate the content that very young kids see. I don’t think there’s a problem with such a feature, but they need to figure out how to make sure LGBT content, couples, and creators are not targeted by the filter in ways that straight couples are not.

What advice would you give to a young person who might be interested in changing the way sex-ed is delivered at their school?

Politics are the reason sex education is so terrible, so it’s really important to hold our city and state level politicians accountable. Google who your representatives are, and pay attention to what they are doing. Reach out to them directly to voice your opinion. Talk to administrators at your school as well and ask questions. Remember, government officials work for you, not the other way around.