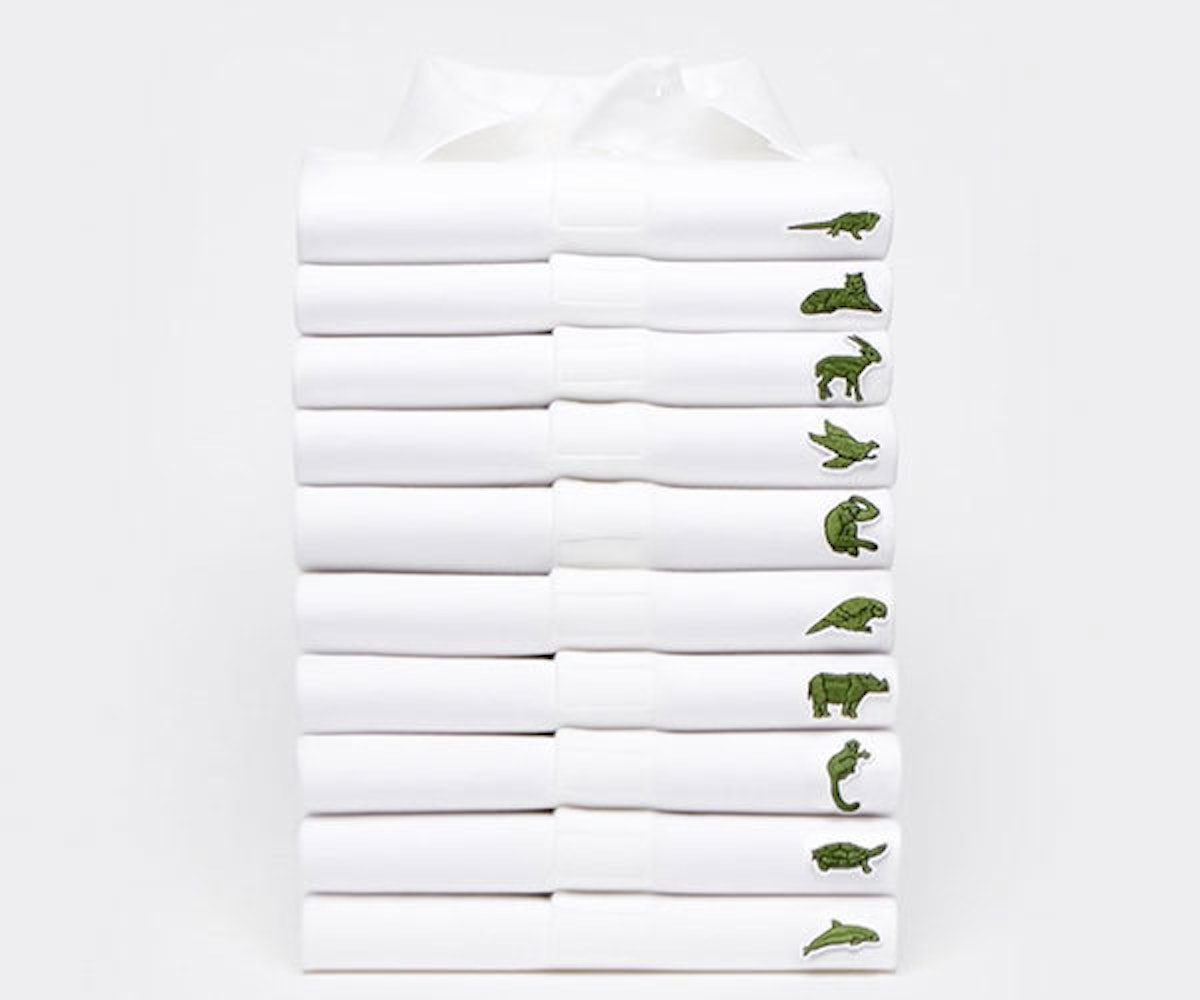 Lacoste has created a limited-edition collection of its iconic polos that don't feature its equally iconic crocodile logo. Though the crocodile was recently updated by design duo M/M, the French house removed it entirely from this collection to raise awareness and help fight for wildlife conservation.

In the crocodile's place on the polo are one of 10 endangered species. The number of polos featuring a certain species directly corresponds to how many of that species are left. For example, because there are 40 Burmese roofed turtles left in the world, Lacoste created 40 polos with the Burmese roofed turtle logo. The other nine species are the Vaquita dolphin, northern sportive lemur, the Javan rhino, the Cao Vit gibbon, the Kakapo parrot, the California condor, the Saola, the Sumatran tiger, and the Anegada ground iguana.

The polos cost $185 each. Each purchase benefits Lacoste's partnership with the Save Our Species (SOS) in conjunction with the International Union for Conservation of Nature (IUCN). In total, 1,775 polos were created. Act now to act up.