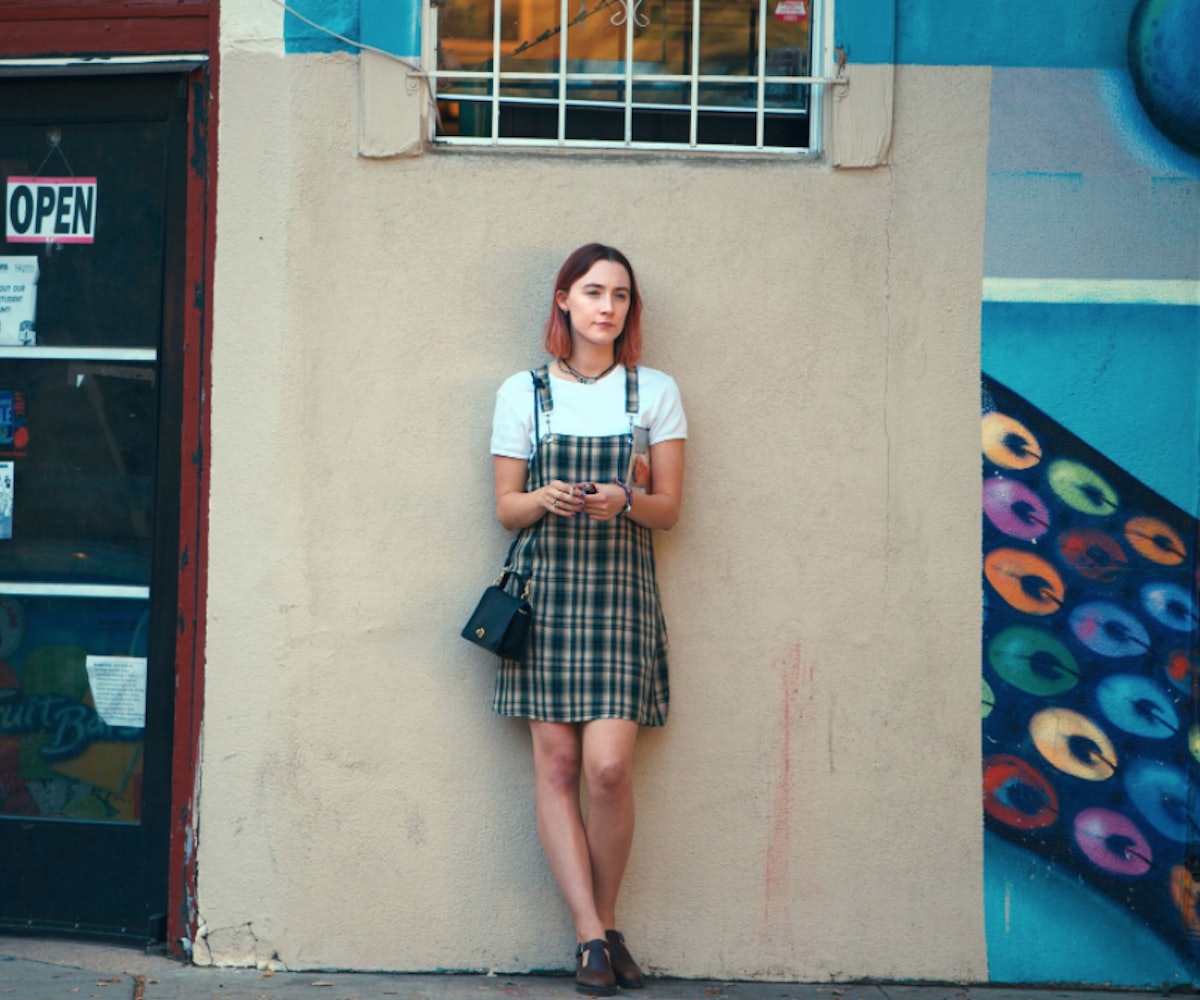 Six years ago, while working on a profile of Greta Gerwig, I reached out to Natalie Portman, her co-star at the time, for her impressions of the budding star. At the time, Gerwig was transitioning from acting in micro-budgeted indies to roles in studio comedies like the remake of Arthur and the romantic comedy No Strings Attached, which cast her as the best friend opposite Portman. “Greta is incredibly smart and curious about everything,” Portman told me at the time. “She not only acts the shit out of a scene, but she could also write or direct it better than anyone in the room.” It turns out, Portman knew what she was talking about, because flash-forward to 2017, and Gerwig has written and directed one of best movies of the year.

Lady Bird is many things. It is Gerwig’s debut as a solo writer and director (she has co-written several films, most recently Made in America and France Ha, with her boyfriend Noah Baumbach). A familiar yet fresh coming-of-age dramedy, Lady Bird is set in the early '00s, post-9/11 and pre-smartphones, when Gerwig herself was a teenager in Sacramento, California, trying to figure it all out. It’s an acting showcase for its lead, Saoirse Ronan, whose expressive, physical, conflicted, raw, and empathetic performance is likely the best of her career, and will probably earn her an Oscar nomination. It’s a devastatingly true portrayal of the complicated relationships between parents and their children and, more specifically, between mothers and daughters, which was once the movie’s working title. And above all, it is a deeply moving love letter to the places we grow up, an integral part of forming who we are though we have no control over choosing the original setting for our life story.

Ronan stars as Christine McPherson, an opinionated senior at an all-girls Catholic school who calls herself Lady Bird and insists that everyone else does the same. The nom de guerre is an expression of her individuality and free will, the same driving forces she believes will lead her from podunk Sacramento—“the Midwest of California,” she calls it—to the warehouses and art houses of New York City, where she can live out her vague bohemian fantasies. It’s unclear if Lady Bird herself is an artist, but she sure wants to live amongst them. The only problem is that Lady Bird’s grades aren’t good enough to earn her the Ivy League existence she craves, and her parents, a fabulous Laurie Metcalf and Tracy Letts, aren’t financially secure enough to send their daughter anywhere but the nearest, dreariest of colleges. Thus, Lady Bird's struggle to become the person she sees herself as is the foundation in which the rest of the movie builds around. And since Lady Bird didn’t choose to be called Christine or to grow up in Sacramento, what will she choose given the freedom?

Throughout the movie’s brisk 90-minute runtime, Lady Bird flails through teen—and teen movie—touchstones like first loves and first joints as she navigates senior year and the hurdles that come with it: make-or-break tests, school plays, college applications, and, of course, prom. She dates a wholesome Catholic boy (Lucas Hedges), falls for an aloof rocker (Timothée Chalamet), and ditches her dorky big-hearted bestie (Beanie Feldstein) for the popular girl. It all might sound a little been there, done that, but nothing about Gerwig’s script feels derivative. Instead, it feels like someone finally got it right.

Much of that has to do with Gerwig’s loving but tough portrayal of Lady Bird’s relationship with her parents. Her overworked mother feels permanently defeated that her family never broke free from its lower-middle-class chains, but also resents her daughter for not appreciating what she does have. (One of their favorite pastimes involves going to open houses on the rich side of town, imagining what could have been.) In several scenes, they switch from best friends to sworn enemies within the same beat as their tenuous relationship reveals its cracks, and watching Ronan and Metcalf’s naturalistic back-and-forth is one of the movie’s many pleasures. Letts commands pathos every time he’s on the screen, as a quietly sad but inherently kind father trying his best for his family. Little flourishes, like him playing solitaire on the family computer while his wife and daughter go at it, make Lady Bird feel lived-in and carefully observed.

Sacramento is Lady Bird’s other lead character. Gerwig knows her hometown intrinsically—each turn of the road, the parking lots where the cool kids might hang out. Characters refer to parts of the city in colloquial lingo only the locals would get. When Lady Bird tells someone she’s from the wrong side of the tracks, she means that literally. The class anxiety she feels comes from her being from the “wrong” part of Sacramento, the part not populated with sprawling lawns and colonial mansions. And while Lady Bird spends the movie wanting to flee Sacramento, Gerwig doesn’t shoot it as a bland or depressing place. Instead, we get shots of rivers and bridges bathed in a magic-hour glow. Who Lady Bird is—her beliefs, her contradictions, her dreams—is because of where she's from. Lady Bird would not exist without Sacramento, and neither would Gerwig.