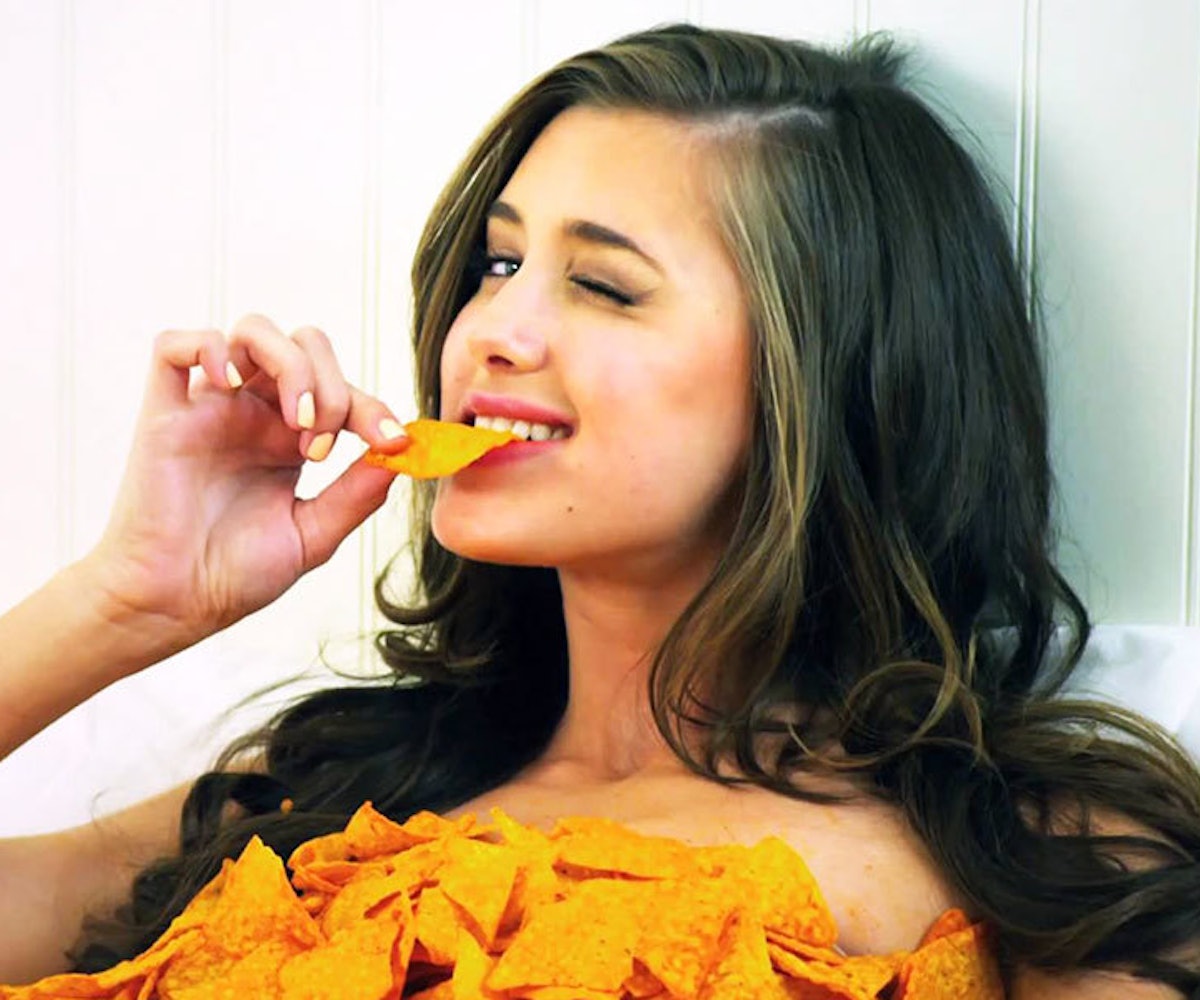 So maybe the outrage over "lady Doritos" might have been premature. If anything, it's a prime example of how social media—especially Twitter—can blow something out of proportion and make it into A Thing without fully understanding what the source said. Yes, PepsiCo's Indra Nooyi said they are "getting ready to launch a bunch of them soon" (them being "snacks for women that can be designed and packaged differently"). Yes, she outlines what these snacks could be. But, turns out, we should have looked at the context more closely.

Nooyi was asked by Freakonomics host Stephen J. Dubner to explain the difference between the chip-eating habits of men and women. (Yes, a bizarre question, I'll admit.) After detailing how men tip the flex bags up to get every last piece of the chips before licking their fingers "with glee," Nooyi said women "would love to do the same, but they don’t. They don’t like to crunch too loudly in public. And they don’t lick their fingers generously and they don’t like to pour the little broken pieces and the flavor into their mouth."

"It’s not a male and female as much as 'are there snacks for women that can be designed and packaged differently?' And yes, we are looking at it, and we’re getting ready to launch a bunch of them soon," she says before outlining the low-crunch, full-taste profile that's not messy and can be easily carried in a purse "because women love to carry a snack in their purse."

Right. That is understandably a questionable statement. Gendering chips is a silly idea, one that Doritos themselves has said is not going to happen because it's ridiculous. But what Nooyi is speaking to, as well, is the systemic perfection women are held to. She's speaking to our society that has socialized women and men to act (and consume) differently. You may not care about the crunch of a chip or licking your fingers out of fear of coming off as a slob, but an individual in Nooyi's position has statistics from consumer testing that says that some others do. This nuance gets lost in the snappy headlines being shared across social media.

To be clear: "Lady Doritos" is an unnecessary answer to a question that needs to be reframed in the first place. Instead of asking how to get more women to eat chips, PepsiCo should be asking how do we break down the systemic and capitalist ideals we've been conditioned to hold both women and men to so that people in positions of power, like Nooyi, don't have to be asked what the difference is between the chip-eating habits of the sexes are ever again.