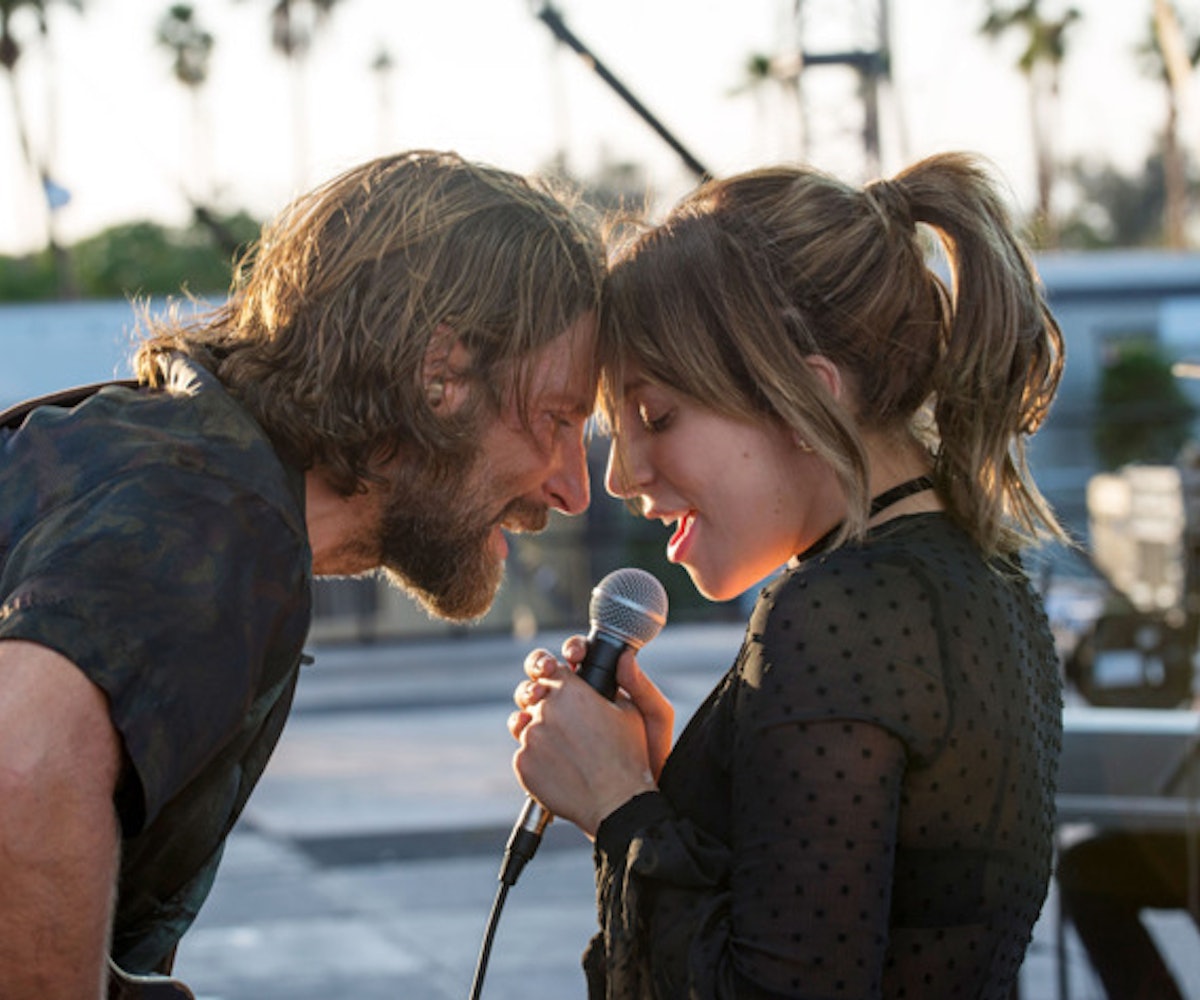 The reviews are in! Lady Gaga and Bradley Cooper's remake of A Star is Born is "moving" and "utterly electric!" And that's just based on the trailer that only a handful of people have seen. What a time to be alive.

No, but really: There are rave reviews for a trailer drumming up excitement right now. A. Trailer. MTV's Crystal Bell says "it felt radically intimate," and that both Gaga and Cooper have "crazy chemistry." Fandango, the ticket service, says, "A sunburnt Bradley Cooper and a dressed down Lady Gaga are a great combination for an intense musical romance." It adds, "Our eyes are already wet." Again, this is all based off of a two-and-a-half-minute trailer!

That said, Cooper, who unveiled the trailer yesterday at Las Vegas' CinemaCon, did let the audience in on a few secrets—the first being, Gaga mandated he sing live alongside her. Gaga is also being billed as Lady Gaga instead of her real name, Stefani Germanotta.

Cooper's remake of A Star is Born follows sees the actor playing an alcoholic country singer at a low point helping bring Gaga's aspiring pop star dreams to fruition. The two eventually become lovers and collaborators which, based on the trailer and any sort of past knowledge of musical dramas, leads to egos being hurt and pride battling love. The film debuts October 5, just in time for Awards season.

"[It's the] first fall-movie preview I’ve seen where awards will for sure be in the conversation," Fandango's managing editor says on his personal account. All three of the previous remakes have been nominated for Academy Awards in the past, winning at least one every time (Judy Garland's 1954 version, oddly, did not). Looks like the odds are in Gaga and Cooper's favor!