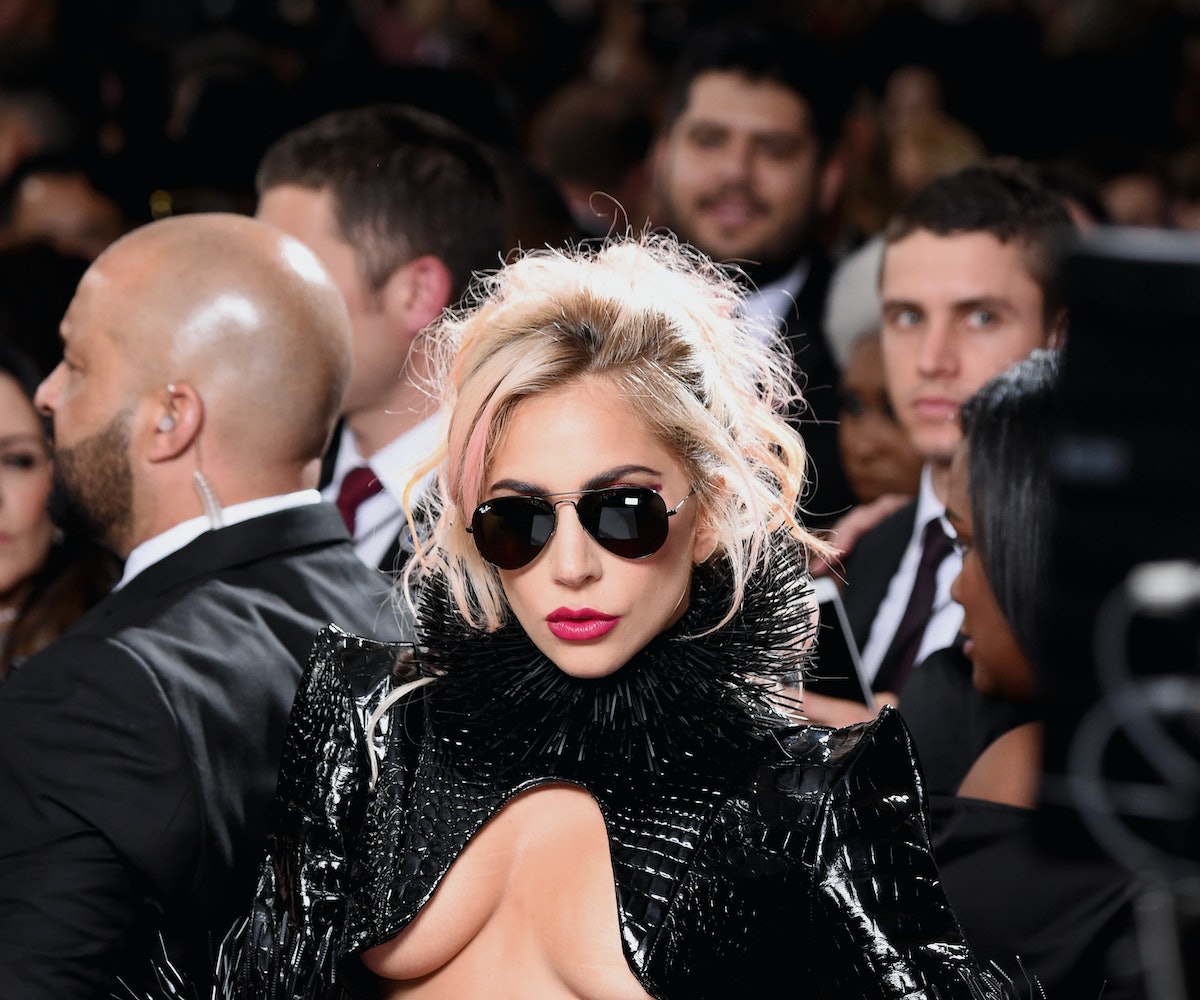 Lady Gaga is truly having a shining moment right now, following a phenomenal headlining set at this weekend's Coachella where she debuted her brand-new single, "The Cure." Following an announcement about filming A Star Is Born on the festival grounds this week, Warner Bros. has unveiled the official first look of Gaga and co-star Bradley Cooper in action. Gaga reposted the shot with the following statement on Instagram:

I am so excited to star in my first movie alongside someone I'm so lucky to call my friend. I always wanted to be an actress on the big screen. The story of "A Star is Born" is so special and I'm so grateful to Bradley for making my dream come true. Can't wait for you to meet Ally.

Obviously, all of the pop star's hard work on American Horror Story paid off because she's even credited in the flick as Stefani Germanotta. Gaga also composed original songs for A Star Is Born, so we can expect to watch her perform those numbers as well.

Cooper is making his directorial debut with this motion picture, which is another remake of William W. Wellman’s original 1937 film of the same name. The musical drama tells the story of a movie star struggling with aging and alcoholism as he attempts to help out a young singer-actress who is hungry for fame.

A Star Is Born is expected to premiere on September 28, 2018. Take a look at the first image from the set in all its cinematic glory, below.