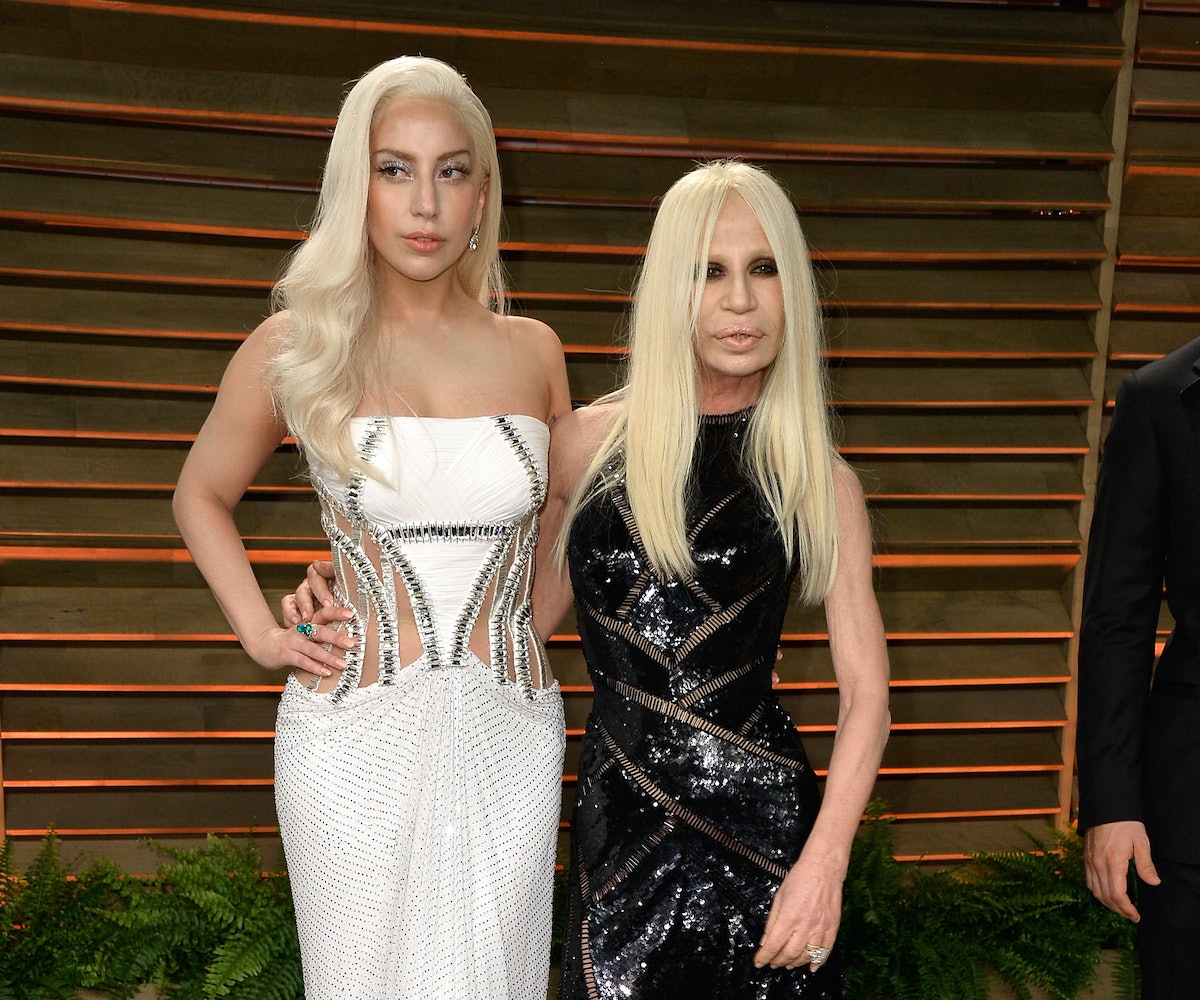 Ryan Murphy can't get enough of Lady Gaga. Fresh off their partnership on American Horror Story: Hotel—for which Gaga won a Golden Globe—the dynamic duo is teaming up once again. This time it's for the third season of Murphy's American Crime Story, which will center on the brutal murder of Gianni Versace. If you can't guess who Gaga will be playing by now, well, you might need to get your eyes checked. According to Us Weekly, the singer will portray none other than Donatella Versace. If it feels like perfect casting, well, that's because it is.

Not only does Gaga physically resemble the fashion maven, but the two are also close friends. It's that relationship that should give Gaga the personal insight she needs to master the performance. The hugely anticipated season, which will reportedly begin shooting at the same time as the show's second season, will examine the aftermath of Versace's shocking 1997 death at the hands of serial killer Andrew Cunanan. There's no word yet on when we can expect to see Murphy's take on the shocking events, but now that he's found his Donatella, the wheels are officially in motion.