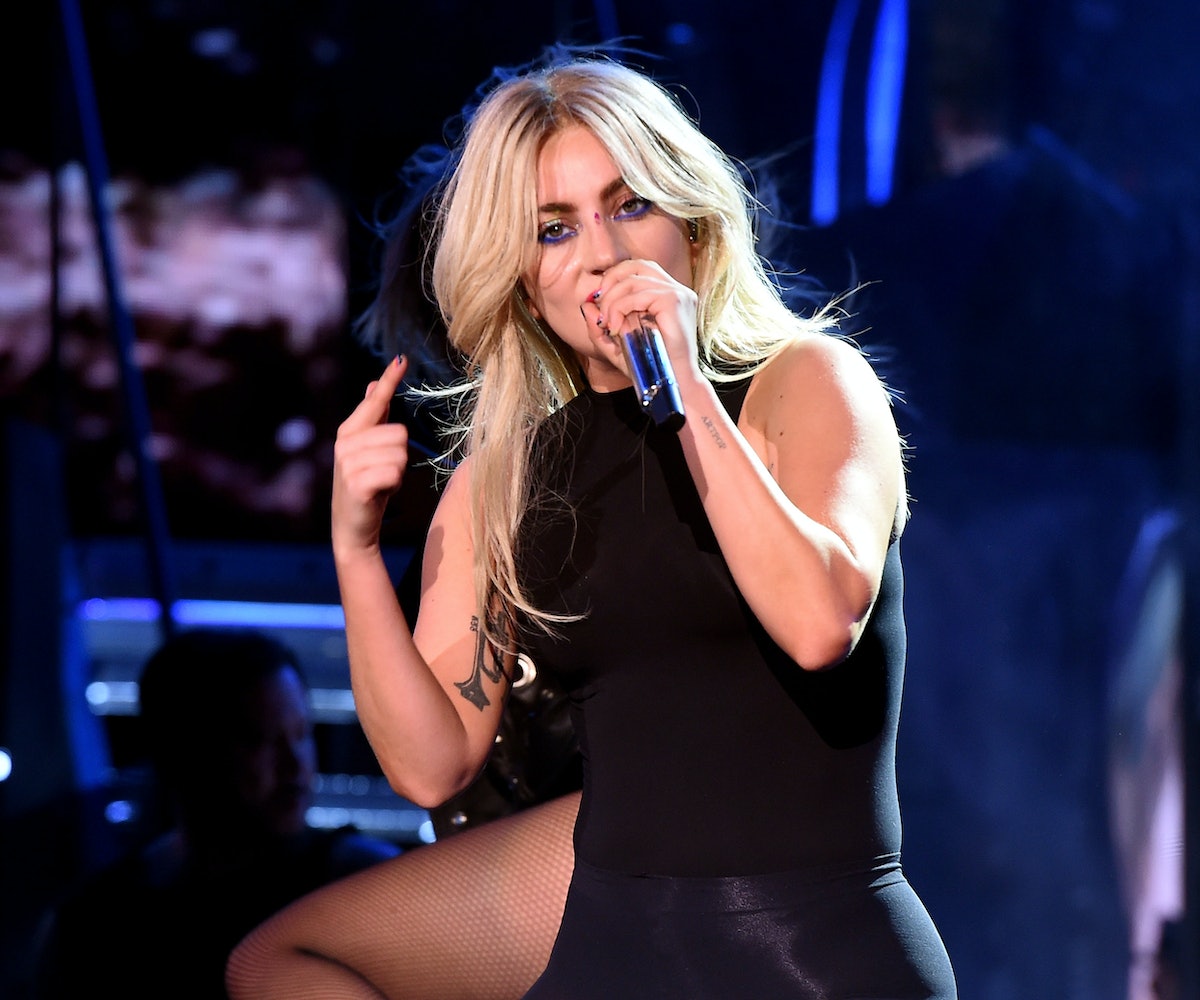 Lady Gaga's Little Monsters are having the best year ever. Not only did they get to watch their Mother Monster headline Coachella, they also got to hear her brand-new song "The Cure," and now some of them might even get to film a movie with her.

Gaga will begin shooting scenes for her new film A Star Is Born this week, alongside director and co-star Bradley Cooper, Just Jared reports. They'll be filming a country western concert scene at the festival's fairgrounds on Tuesday, April 18 and Wednesday, April 19, and Gaga is asking her fans to participate.

Coachella attendees can purchase a ticket to the filming for $10, with proceeds going to Gaga's Born This Way Foundation, and appear in scenes with the superstar. All extras are being asked to dress in their best western gear, including denim and boots, to fit the scene's country aesthetic.

In the film, Gaga embodies a role she was born to play: a fledgling actress taken under the wing of a larger-than-life movie star. Past actresses who've played the part include Barbara Streisand and Judy Garland. Beyoncé was originally slated for the role, but it fell through, making this the second time Lady Gaga took over for Beyoncé this year. After filming, the "Million Reasons" singer will get ready to perform again at Coachella next weekend, and who knows what she'll surprise us with this time.