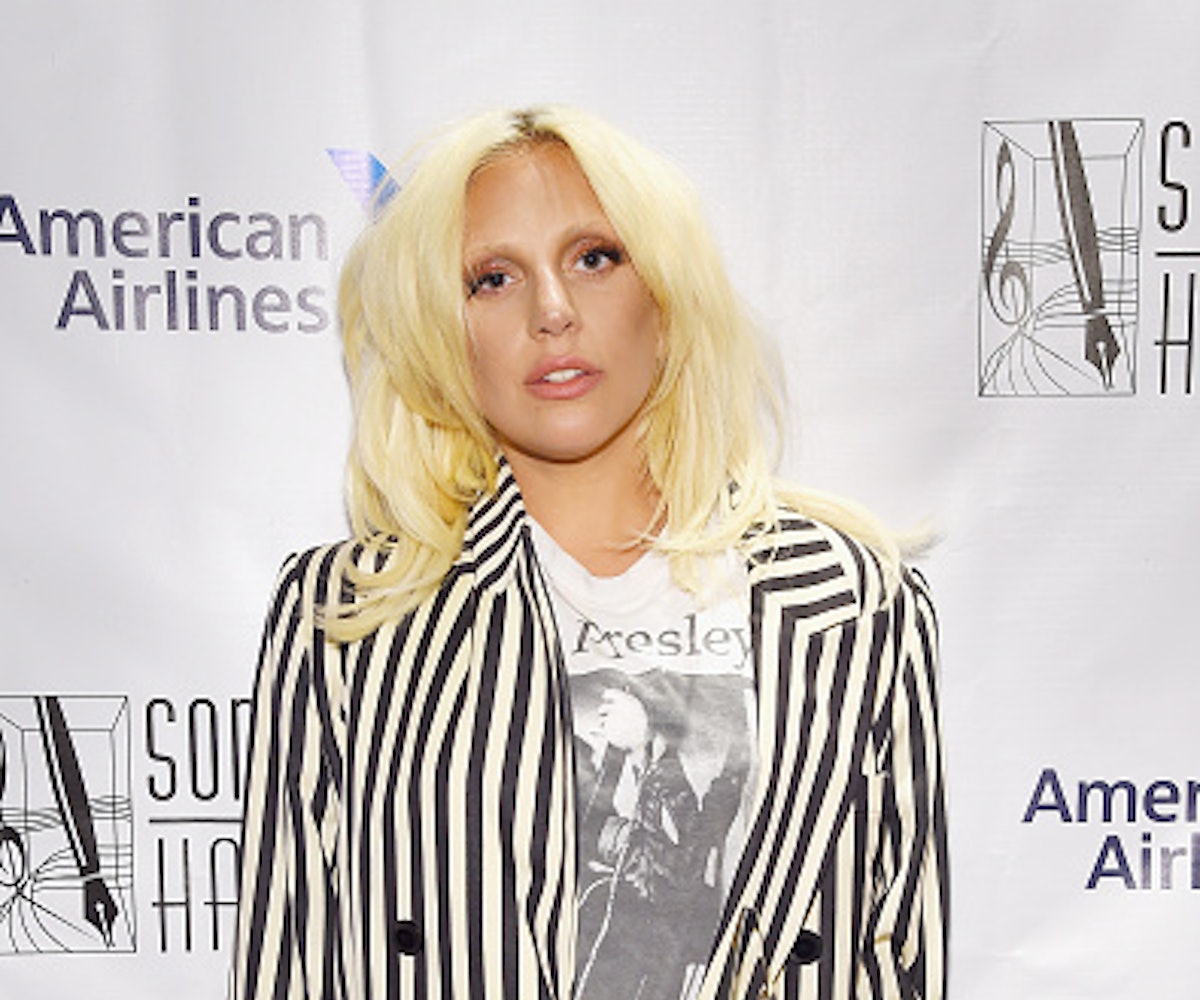 Lady Gaga's engagement to Taylor Kinney isn't the only thing keeping her in the headlines. Last night, the star received the Contemporary Icon Award at the Songwriters Hall Of Fame 46th Annual Induction and Awards at the Marriott Marquis Hotel in New York City. Keeping her makeup neutral and minimal, Gaga's outfit spoke for itself. Her striped two-piece suit layered over an Elvis Presley tee emphasized that she's anything but ordinary, while Birkin-style platforms took her—and the outfit—to another level. The singer's second outfit of the night, more daring than the first, consisted of a black bralette under a red and black blazer, and is on queue with the Gaga we know and love.

Before Gaga took over the music scene as a performer, she was writing hit songs for the likes of Britney Spears, Katy Perry, Wale, and Adam Lambert. In fact, Gaga wrote many of the songs on her debut album

from 2008, which is more than what most music artists can say these days.

It seems meat dresses are a thing of the past for the "Just Dance" singer as she's been opting for more high-fashion ensembles. In a recent

, Gaga said her style evolution has less to do with appearance and more to do with her personal transformation as an artist and an individual. “When I found a sense of inner peace, I began embracing the more glamorous side of myself. I wouldn’t say my fashion has changed as much I’d say I’ve changed on the inside.”

We hope to see another album from Gaga in the near future, but in the meantime we'll be flipping through photos of her killing the red carpet from last night's awards.

Gaga celebrating her win on Instagram with the caption, "stoked!"