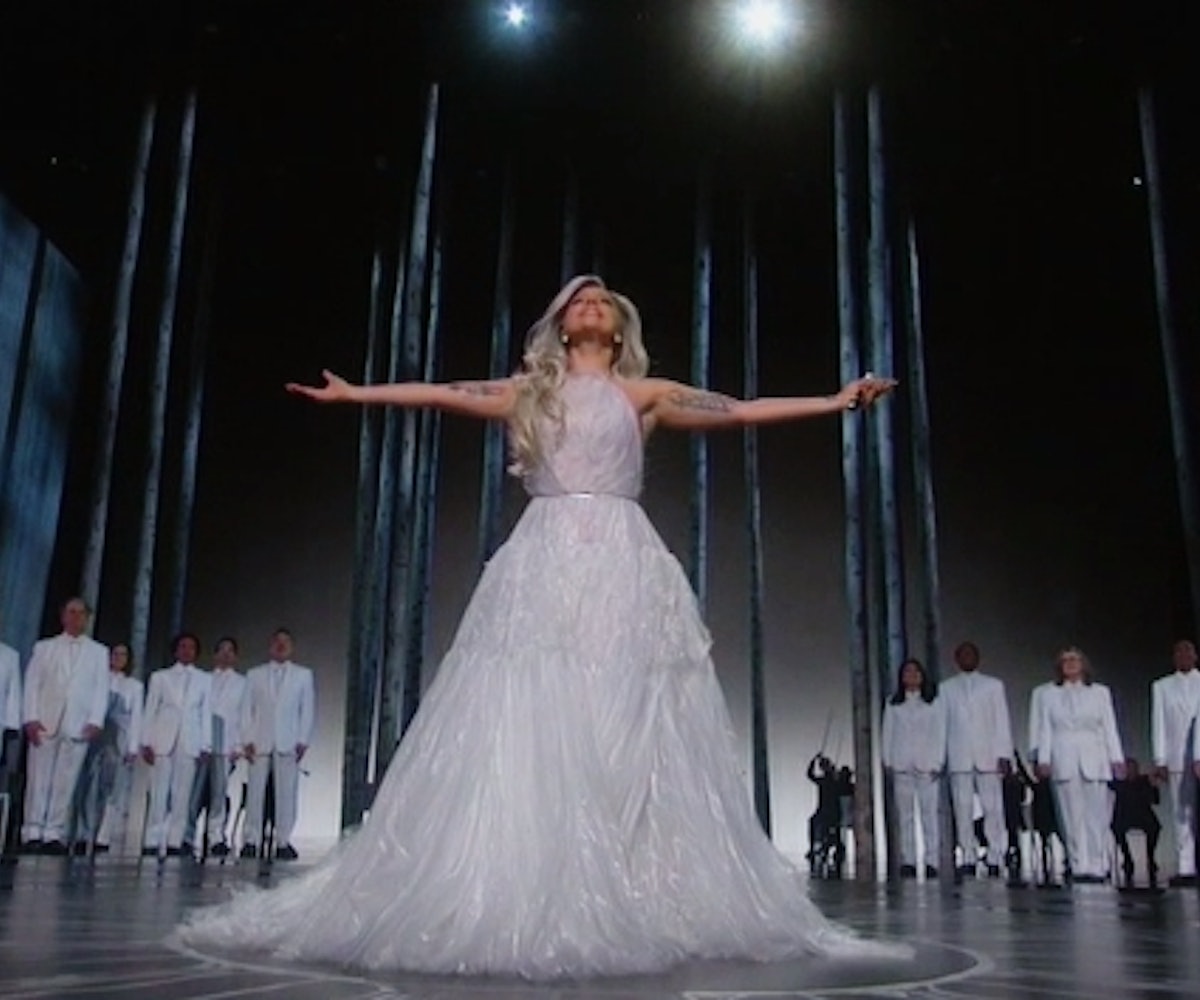 Lady Gaga has kept a relatively low profile for the past two years, with no major performances or appearances since the release of her 2013 album Artpop. Yet with a ring on her finger and a refreshing make-under, the blonde songstress is tackling 2015 head-on—first, with a surprisingly impressive Sound of Music tribute performance during the 2015 Oscars.

While we know and love Gaga for her crazy costumes and avant-garde tendencies, the pairing of this pop star with a classic movie-musical somehow magically worked. We’ve long known that the 28-year-old had amazing vocal talent (remember her 2010 Grammy performance with Elton John?) but never imagined her using those stellar pipes to perform some seriously great musical theater tunes. When the songs you’re performing are most famously sung by someone as iconic as Julie Andrews, the stakes are pretty high and it’s easy to get it very wrong—sorry, Carrie Underwood. Nevertheless, donned in an ethereal, sylphlike gown, Gaga did the 50-year-old movie-musical justice, much to the delight of Andrews herself.

We know Lady Gaga was slated to perform in the night’s ceremonies, but the Sound of Music tribute came as a completely delightful surprise. And when Julie Andrews hugs you on stage, you know you must have done something right.