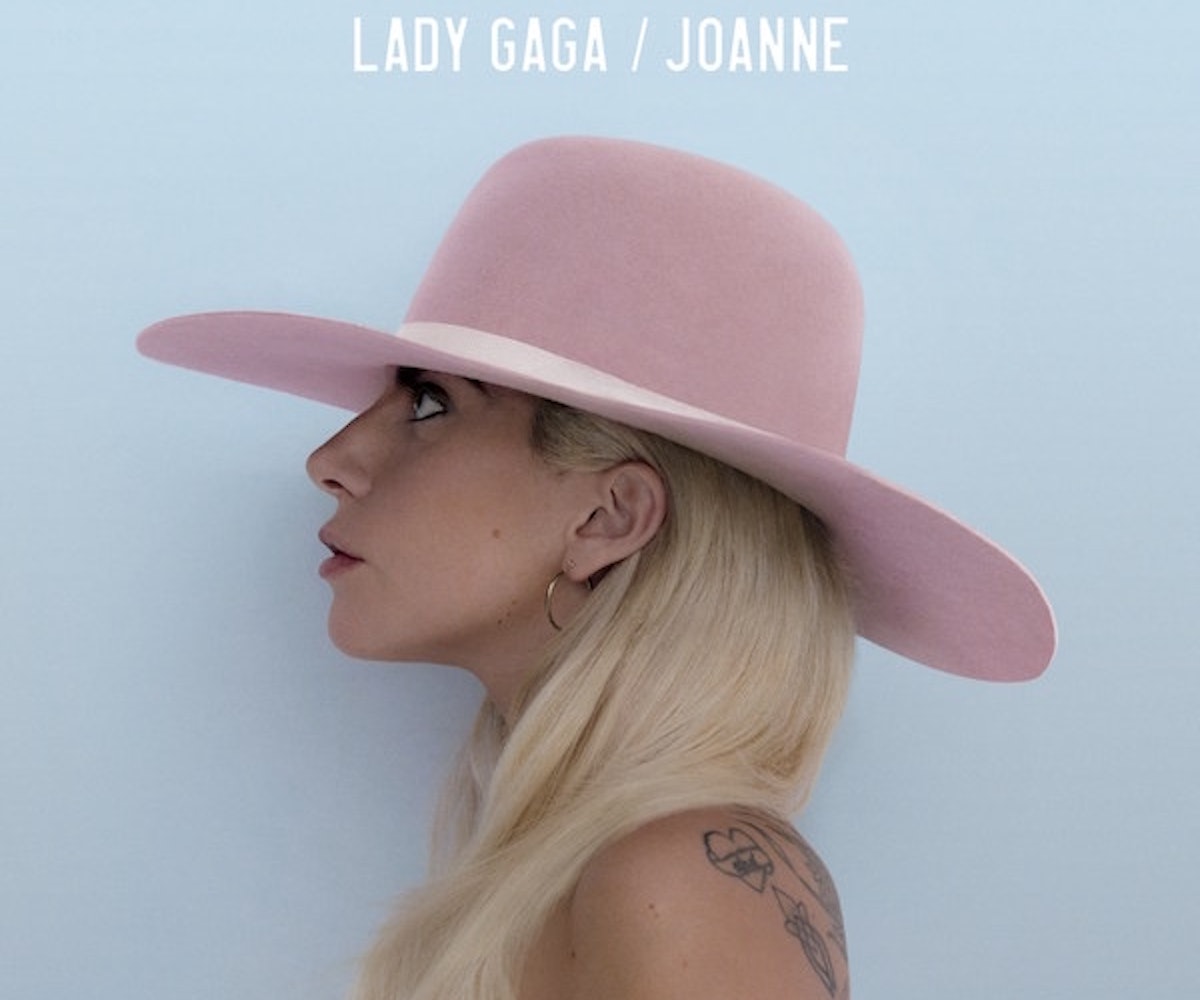 It's been a while since we've had a new record from Lady Gaga, and longtime fans may be surprised by what they hear when Joanne drops on October 21. Less power pop and more country acoustic, it's all part of the singer's evolution towards becoming more inclusive and reaching people who feel alone and hurt. Although these have long been themes for Mama Monster—Born This Way was an anthemic album dedicated to celebrating everyone who's ever felt like a misfit—her recent interview with Jonathan Dean of The Times reveals the deeper reasons behind why Gaga is choosing to step away from her meat dress days and embrace something that feels a little more real.

"I would just prefer to go through this album cycle and talk about my music," Gaga says. "That’d be great. It becomes about everything else, and that was what I [once] wanted. But if I wear a black T-shirt and black pants every day, [people] might listen to what I write." This isn't to say that Gaga regrets her outlandish past. She tells Dean, "All the outfits, fashion and art pieces over the years made sense to me. They didn’t make sense to other people... but I always got it. It was an expression, not a hiding." With Joanne, Gaga is now directing the focus to be squarely on her music and what she writes, rather than all the trappings of stadium art pop. The album aspires to make sure that even women from middle America who, Dean thinks, would never expect an "oversexed, androgynous loudmouth from snooty Manhattan" to write a song that appeals to them, to hear Gaga and find themselves in her music. So, she has turned to the themes of loss and finding strength, in addition to encouraging people to support, rather than tear one another down.

At first blush it might feel like a betrayal for Gaga to reach out to the very people who might be dismissive of her little monsters. However, Dean teases out the point that for Gaga, it may be that healing is universal and perhaps there's a broader message here she could be giving. This also seems to be why she named the album after her paternal aunt, Joanne, who died from lupus 11 years before she was born. Gaga says, "Joanne gave me strength to live the rest of the life she didn’t get to have. Calling it Joanne is... I guess, I think, if I can heal one person, maybe I can heal two, five, 10 million. If I could just heal my dad, then maybe [I] might heal someone else."

She goes on to say about about a duet she did with Florence Welch, that all women, regardless of color or religion or where they live, experience similar pains about men, their bodies, and their minds. "A lot of women shut down, as they don’t feel heard. It ain’t easy." This seems to be relevant now more than ever, as sexual harassment and women's rights are firmly in our nation's collective consciousness and we continue to fight for our right to be seen as human beings. So, maybe Lady Gaga is just who we need to build a bridge between big-city misfits and the maligned Midwestern mom. Looking at it in that light, her new evolution makes sense, even if it seems a little strange at first. But that's always been Lady Gaga, hasn't it?