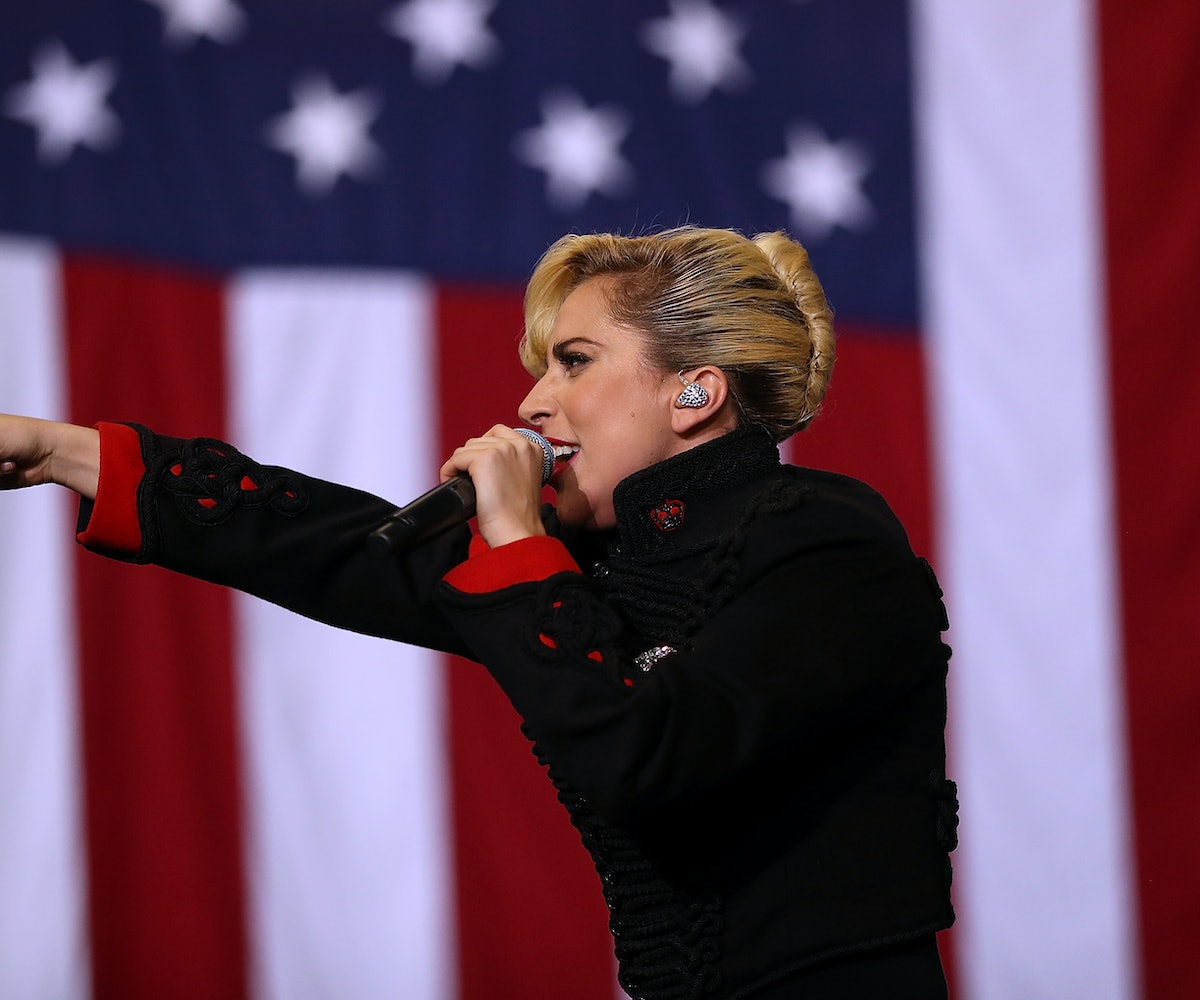 After a startling turn of events last night, Donald Trump is now the next President of the United States. While many of us are sitting here unsure of how to feel or what to do, Lady Gaga handled the heavy news in the best way possible. And that certainly doesn’t mean she’s keeping quiet.

After it was declared that Hillary Clinton, the candidate that she very openly and publicly endorsed, lost the 2016 presidential election, Lady Gaga marched on over to Trump Tower in New York City’s midtown neighborhood to make a serious statement. Hanging off the side of a sanitation truck, she sternly held a sign reading “Love trumps hate,” something that we all need to keep in mind right now, despite overwhelming anger and disappointment.

She posted the photo to her own Instagram account, captioning it “I want to live in a #CountryOfKindness #LoveTrumpsHate. He divided us so carelessly. Let’s take care of each other now.” Rather than planning our exit from America or engaging in social media battles with one another, she is insisting that her fans come together to take care of each other.

I think we could all learn a little from Lady Gaga during this time.