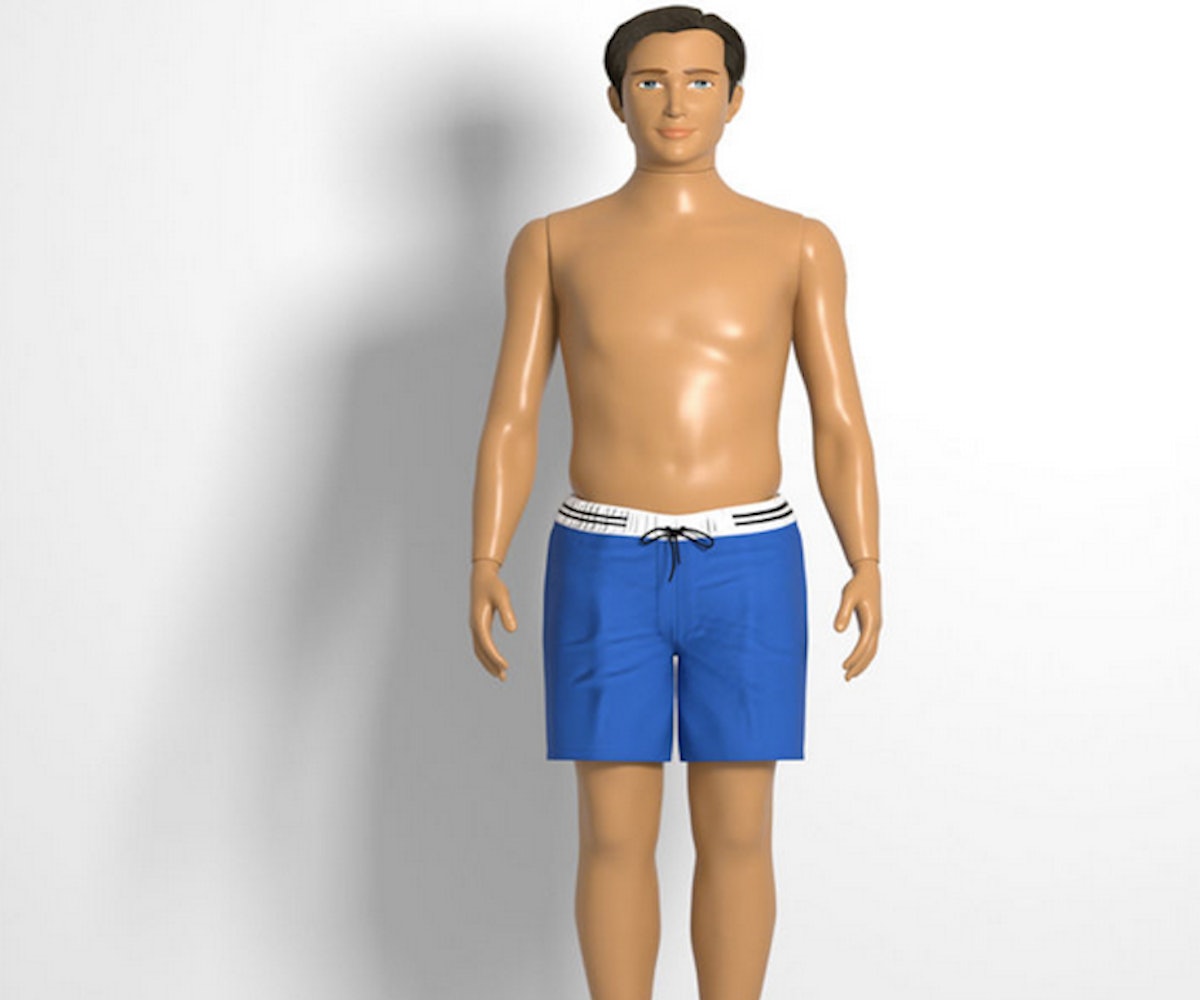 Earlier this year, we all said "yes, finally" to Barbie's new realistic body update. The company publicly acknowledged that girls do, in fact, come in all shapes and sizes, and that this actually is an amazing and beautiful thing. Why distort nature when it's already perfect in all its forms? Well, doll company Lammily has just decided to apply this question to men as well, because, well, equality. That's right: The same manufacturers that brought us Barbie's first normal body and dolls with periods is now giving Ken a reality check, using the proportions of an "average 19-year-old man."

This new doll, "Boy Lammily," comes dressed in a casual outfit (think plaid and knee-length jean shorts), with a unique storybook pamphlet to actually give him a personality. His crowdfunding campaign employs the same message as Lammily's female dolls —all genders struggle with body image and seemingly impossible standards, and boys deserve a doll that doesn't make them feel inadequate at such a young age. "He may not have the biggest biceps, but he has a good heart," the advertisement states. Good sense of humor too, we hope?

We're totally on board. To support "Boy Lammily," check out his Real Is Beautiful campaign. We couldn't think of a greater gift for Barbie's birthday, which is coincidentally today.