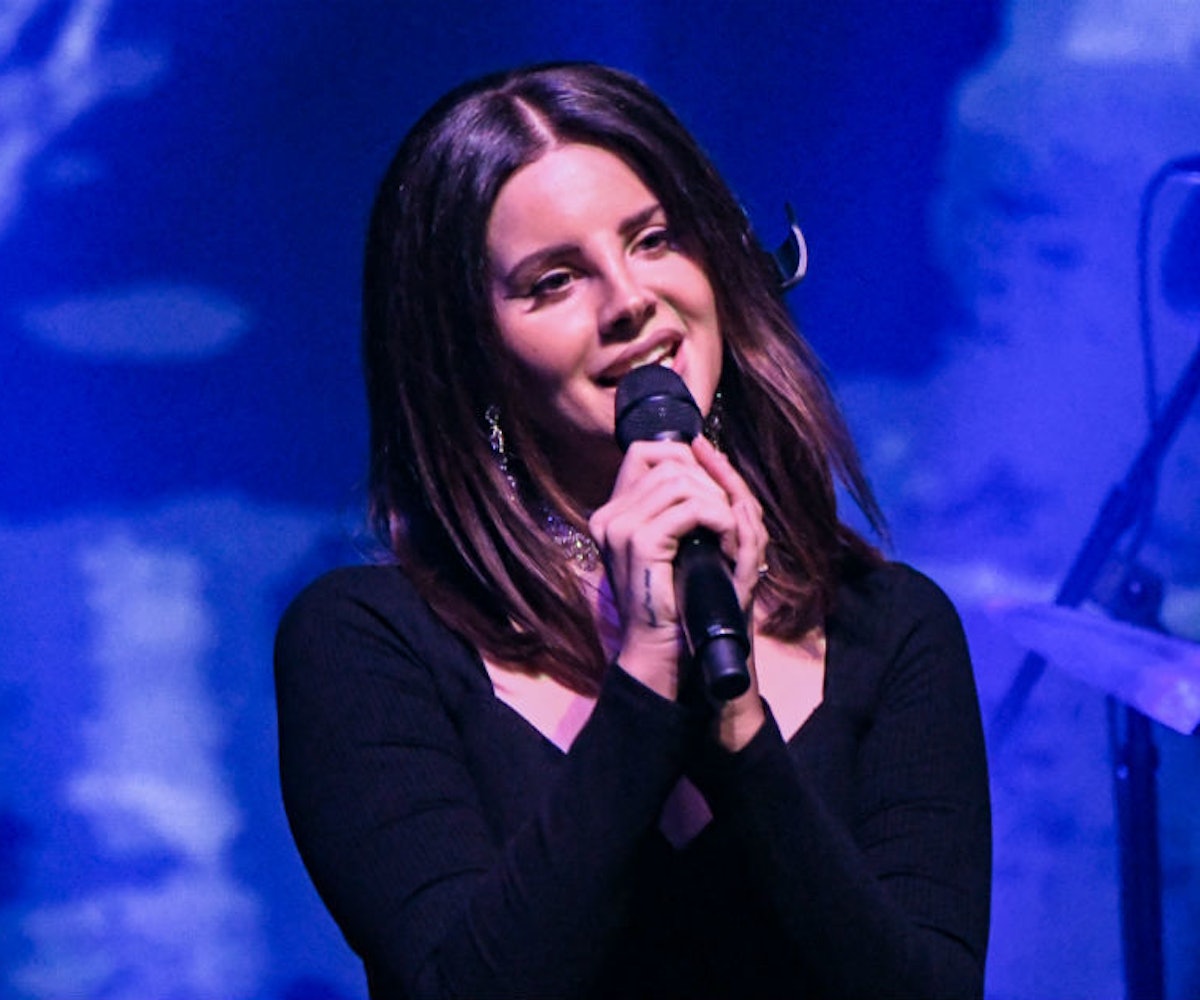 Last week, Del Rey commented on West’s MAGA hat post on Instagram, in which he recommends abolishing the 13th amendment, noting that he needs an intervention and that he suffers from the same narcissistic tendencies as the president. Banks, seemingly uninvited to the conversation, then turned the tables on Del Rey for collaborating with ASAP Rocky “who has physically assaulted women too,” and for pretending to be an ally.

Yesterday, Del Rey responded to Banks, not by defending herself or Rocky, but by inviting Banks to fight. “U know the addy. Pull up anytime,” Del Rey wrote to Banks on Twitter. “Say it to my face. But if I were you- I wouldn’t.” She added: “I won’t not fuck you the fuck up. Period.” Del Rey then went on to make some non-threatening comments, writing: “u coulda been the greatest female rapper alive but u blew it. dont take it out on the only person who had ur back.”

As could be expected—this is Banks, after all—the rapper responded by bashing Del Rey’s appearance, tweeting: “First, we need her to call the surgeon who did her pointy Michael Jackson nose and ask for some kybella for those chicken patties!!” Banks continued: “Next we need her to head over to Instagram and invest in some @FlatTummyCo lollipops and a $20 waist trainer!” Del Rey replied: “I’ll send you my surgeon’s number and a good psychiatrist I know in LA—your psych meds aren’t working #uneedanewcocktail."

After Banks brought up suing Del Rey for threatening her, she responded with: “Tell him it’s a promise not a threat.”

Later in the night, Banks took to her Instagram stories to “unpack” the situation. You can listen to some of it below, if you want.