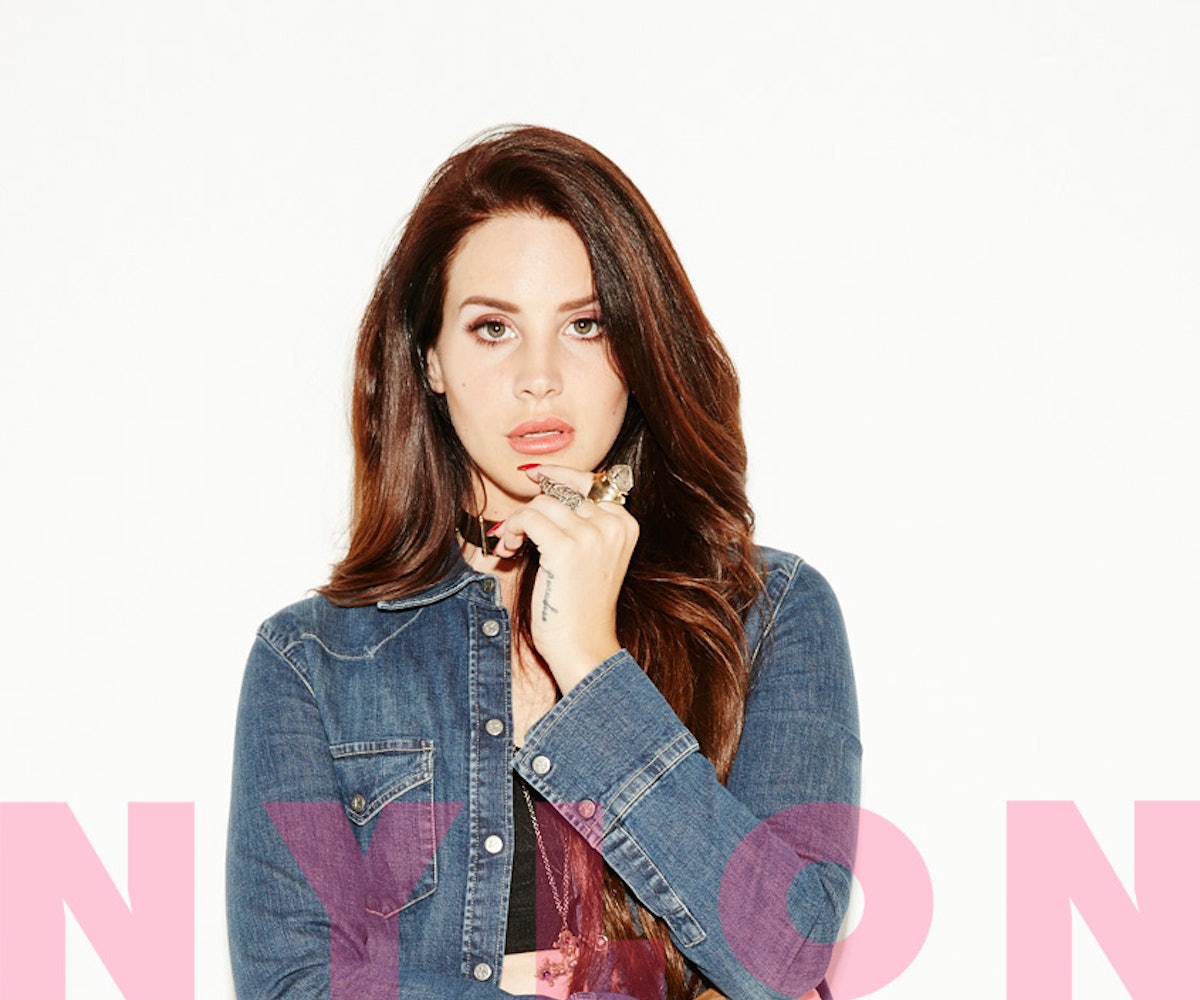 Lana Del Rey is the rarest of pop stars; few musicians have been talked about as much as she has in the past two years, and yet still remain an enigma. But this much is clear: With her breakthrough album Born To Die on heavy rotation all of these months later, "Summertime Sadness" (and its remixed iterations) positioned high on the pop charts, her upcoming short film Tropico (featuring three songs from Born To Die: Paradise) garnering major Internet buzz, and her follow-up album so eagerly anticipated that people have resorted to email hacking to have a first listen, she's got no plans to go quiet just yet.

So she was an obvious choice for NYLON's annual America issue. Senior Editor Melissa Giannini spent an afternoon with Del Rey at her L.A. home and quickly learned that the American icon is very much in control of everything, from how she finds song-writing inspiration to making music videos. You'll have to wait for the November issue to officially hit newsstands (October 29, mark your calendar!), but in the meantime we've got a sneak peek at our cover story, along with exclusive outtakes of Del Rey, below. Read on--and then go ahead, tell her she's your national anthem.

On her writing process, post-stardom:

"It's harder to be an observer when people are watching you. You have to go further inside because the outside world becomes a harder place to draw from."

On drinking--and then stopping before she even turned 21:

"Sometimes when I write about my feelings, about what sounds like a person, I'm actually writing about the way I felt when I was completely inebriated, which was really good--until it wasn't working for me anymore[...] Thinking about not drinking forever was very scary, but once I did it wasn't hard anymore because I had all of these miracles happen that let me know I was on exactly the right path."

On how she bonded with boyfriend Barrie-James O'Neill:

"[Kurt Cobain is] a big part of our daily conversation. Jeff Buckley is another big inspiration. And Jim Morrison--I mean, we talk about these people like we know them. They're a part of our relationship. We always say, 'All of our friends are dead, and they never knew us.' I'm lucky to have met someone who feels that way, too."

, the short film the Internet has been buzzing about

"It's Elvis and Jesus and Marilyn and extraterrestrials all in one."

On not listening to the haters:

"It's important to have a good relationship with yourself when you become well known[...] People will say a lot of things, and you'll start to wonder if they're true. But then you have to go back to all of those little truths and kernels you found along the way that remind you: You are where you're supposed to be."

On the next Lana Del Rey album:

"When people ask me about it, I just have to be honest--I really don't know[...] I don't want to say, 'Yeah, definitely--the next one's better than this one,' because I don't really hear a next one. My muse is very fickle. She only comes to me sometimes, which is annoying."

Coat, dress, and bra by Louis Vuitton, boots by Justin, ring and cuff by Pamela Love.