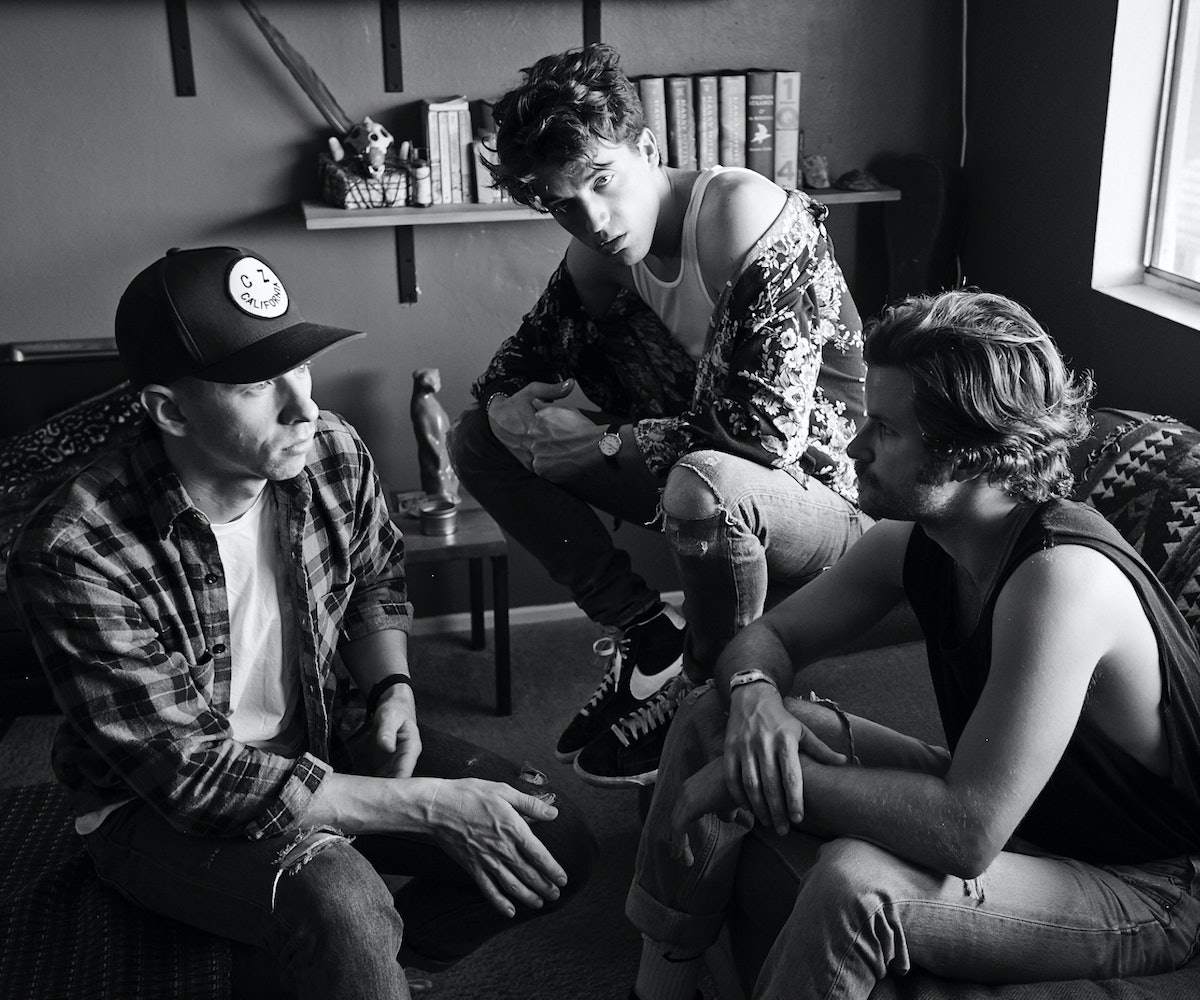 WTF (Where They From): Tulsa, Oklahoma; Bentonville, Arkansas; and Poplar Bluff, Missouri, respectively

Started From the Bottom: The guys initially met in Nashville, then Klein returned to Los Angeles to work on his solo career as Goss and Priest continued to collaborate. “I asked if I could fly back for a few days to work on some songs with them,” says Klein. “In four days, we wrote and recorded ‘Hot Lights’ and ‘Walk Away’ and put them on the internet. That’s when we became a band.”

Earned It: Apart from sounding amazing overall, the trio go the extra mile in everything they do, including curating their website and merchandise to fit their minimalist aesthetic.

U Remind Me: LANY are what would result if The 1975 and Frank Ocean had a sleepover and watched Purple Rain on repeat for two dreary days in Brooklyn, then flew to L.A. and hit the studio.

Pon De Replay: “Where the Hell Are My Friends,” dream-pop meets R&B at its best

Personal Jesus: Matt Healy. “He just gets it,” says Klein.

Cheerleader: Sam Smith. “A while ago, way before NYLON was ever asking us questions, he posted our album art on Instagram and said that he liked us,” says Klein. “I couldn’t really breathe when I saw it.”

Hide Away: “When we’re not touring or writing, I try to run around L.A. and take it all in,” says Klein. “Point Dume is my beach. Philz Coffee in Santa Monica is my spot. Sunset bike rides on The Strand, 3rd Street Promenade, American Rag on La Brea, SunLife Organics in Malibu for açai bowls—I’m the biggest California cliché.”

Heartbeat Song: “Love Yourself” by Justin Bieber. “What is it about that song that’s so singable? Ed Sheeran, you freaking genius,” says Klein.

Sweet Dreams (Are Made of This): The band’s main goal is to have their debut album hit No. 1 on the charts. (“And I practice my Grammy speech all the time, so…,” adds Klein.)