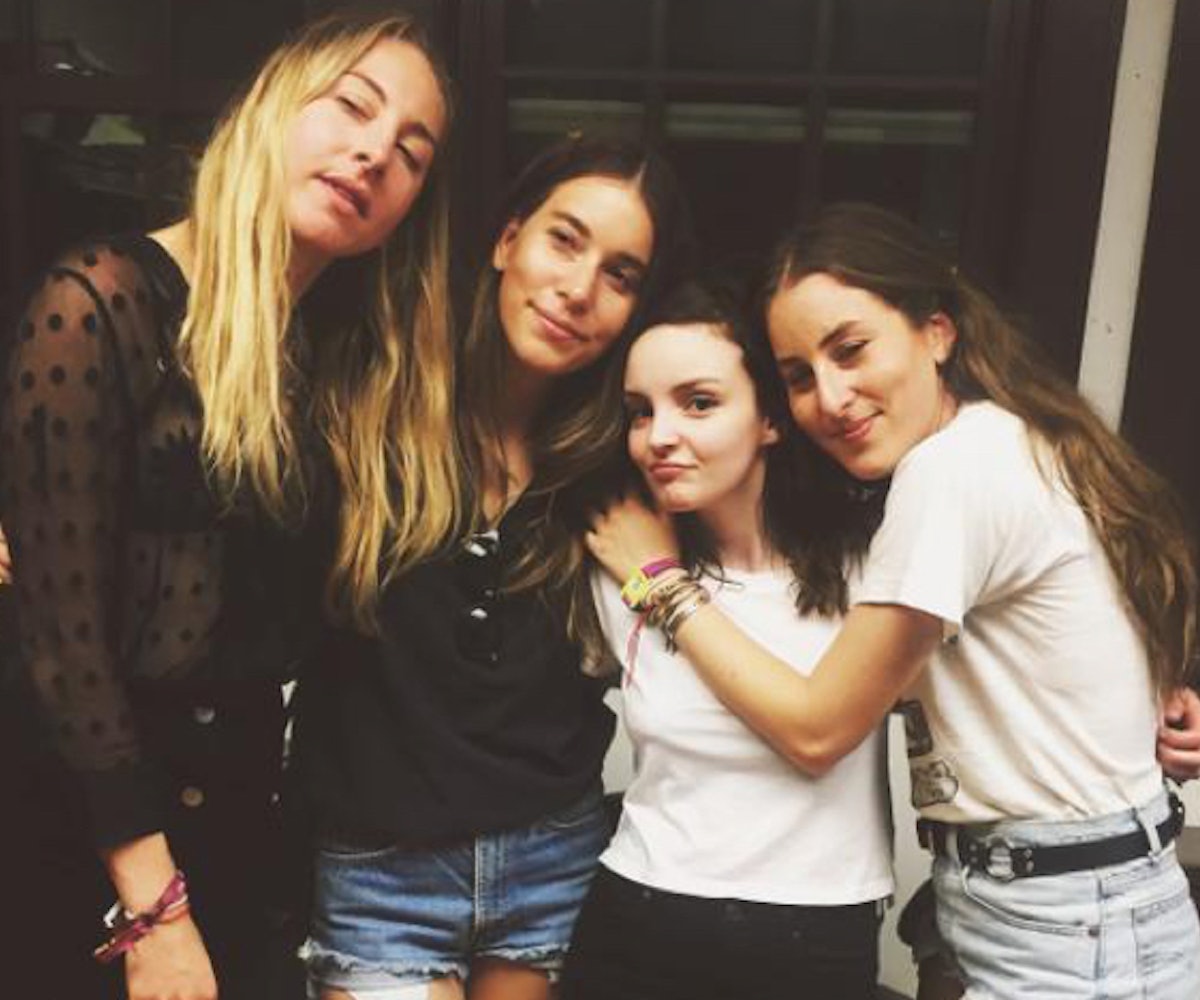 Now, imagine what would happen if instead of a basic, pad-in-hand reporter, you were interviewed by three of your best, loudest friends. Would it turn into a gloriously listenable mess? Of course it would.

This is exactly what happened when Pitchfork corralled all three Haims to interview their former tour mate, Lauren Mayberry, backstage at this month’s Pitchfork Music Festival. Obviously, with Este and Alana near the mic, things got weird, disorganized, and somewhat pornographic fairly quickly—but only in the best of ways.

What was supposed to be a wrote Q & A about performance and inspirations (zzzzzzz) turned into a laughing, loud session between besties about Australian sharks, on-stage screw ups, beach-ball attacks, ghost penises, and so, so much more. Really, all interviews should be like this. When are the Haims going to get their own late-night talk show? Ladies, we'll happily host one for you.

Listen for yourself above. (via Pitchfork)