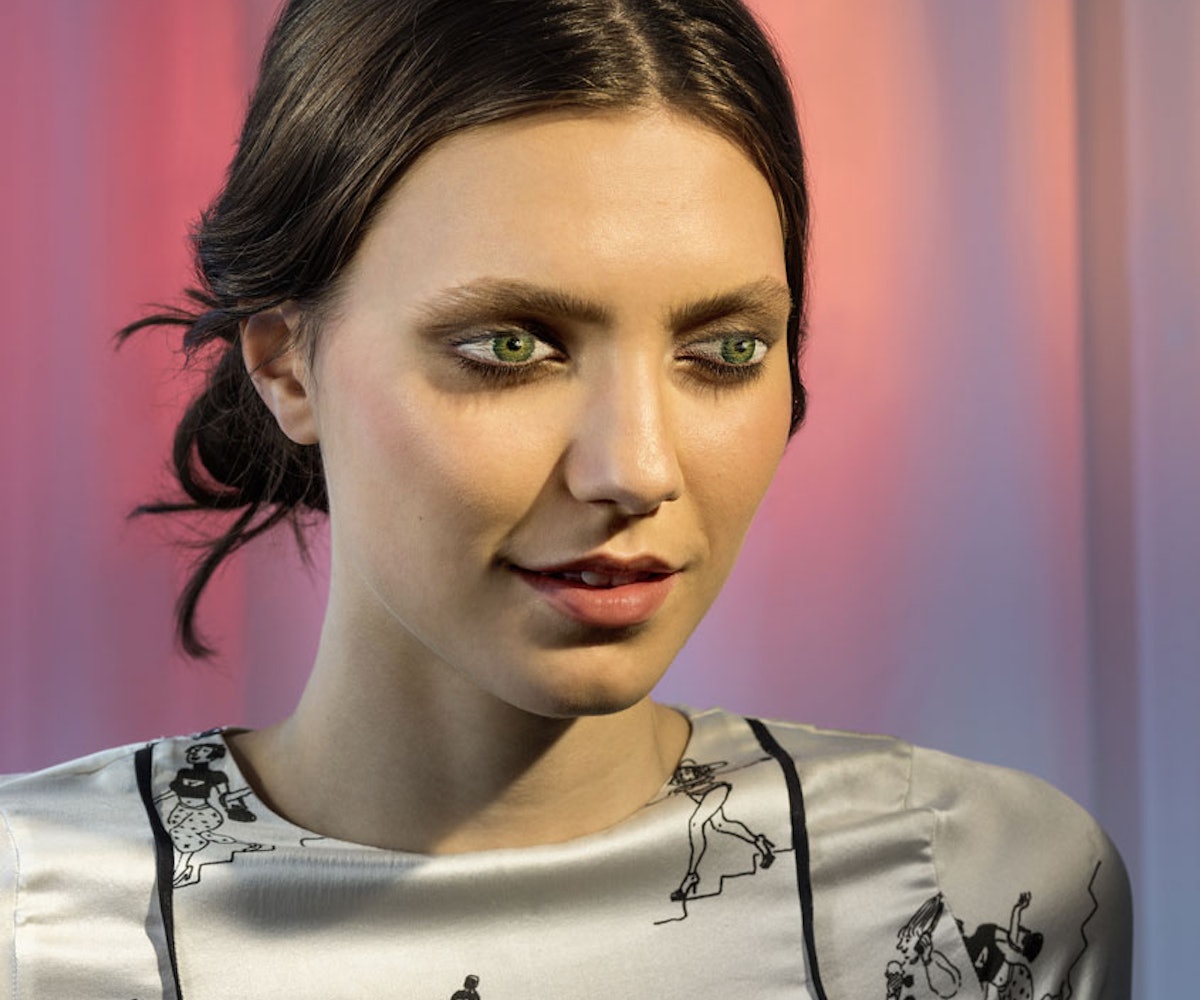 Photo courtesy of Laurie Simmons and The Jewish Museum
by busra erkara
March 13, 2015

Despite being known as “Lena Dunham’s mother” to most millennials, New York-based artist Laurie Simmons has been using miniatures and dolls as her subject matter since Andy Warhol’s heyday. Over the years, Simmons’s dream-like lens has shifted from miniature objects and environments to dolls of different shapes and sizes, all the while keeping it removed and eerie quality intact.

This spring, Simmons will exhibit her new body of work inspired by the real-life-doll communities—women like the now-famous Valeria “Space Barbie” Lukyanova who assume the appearance of life-sized dolls through makeup, clothing, and plastic surgery. Also entering into Simmons's sphere of work: social media, and its potential for creating a multitude of virtual selves. We caught up with Simmons at the opening of her new exhibition, Laurie Simmons: How We See at The Jewish Museum in New York, and talked about her new body of work, feminism, and Drake.

Congratulations on the exhibition. The first thing your photos brought to my mind was the human Barbie, Valeria Lukyanova. Why do you think that now more than ever, people are morphing themselves into something else?

"I think the simple answer might be because it’s possible. Because there are surgeries and make-up and all these possibilities for body transformation, and it’s kind of a chicken or the egg question. What came first? The desire to morph or change? Or the possibility for making those changes? As far as the Barbie girls, I was really interested in taking pictures of them and I reached out to several of them, but I was never able to make contact. Which is why I kind of decided to create my own doll girls."

Your work with real dolls goes way back, and there’s definitely an inhuman quality to this photo series—it’s like they could be robots or mannequins. What exactly were you aiming for?

"I was trying to find a way to photograph a human, but to intervene or disturb in the picture in some way that made it artificial enough for me to be comfortable with it. So painting on the eyes gave it a more doll-like quality that connected to my earlier work."

How did the models feel about the experience?

"Mostly, they already knew my work, so they liked the idea of collaborating. They came knowing that their eyes were going to be painted and that they had to sit still for a while—it was not going to be a typical fashion shoot. I think it attracted the kind of model who felt like she could sit still and meditate for a while."

How We See is inspired by doll-girl communities, who share uncanny characteristics despite being different, which made me also think of women around Drake, and how they always seem to look the same, thin-waisted, similar make-up, long hair. The last 10-15 years was all about individualism, whereas right now it feels like people move in flocks again.

"Well, Drake knows what he likes right? (Laughs.) It’s really interesting for me because when I was growing up, there was one, idealized way that girls felt that they should be. Individualism wasn’t celebrated in any way, in fact, the more unique you were, the weirder people thought you were. I’ve always felt likes things would progress and were progressing on that score, so thinking about an idealized Barbie Doll look in present day is disheartening. Although I still really feel like there’s room in our culture for a unique kind of beauty. As with everything else, there’s a real dichotomy. There’s part of our culture where uniqueness is celebrated and appreciated, and another part of our culture where this one way to be: one color hair, one sized breasts, one kind of nose, that’s also front and center."

Earlier, you were talking about how social media and internet makes it possible for people to create multiple identities or morph into different ones, which made me think of one of Amalia Ulman’s projects, where she created all these different Instagram accounts and amassed a ridiculous amount of followers pretending to be different people.

"That project you mentioned is so interesting because if you can have one account you can have two, you can have ten, you can be whoever you want to be. How to amass followers, I don’t know. But the possibility, the idea that we can have multiple identities, makes me wonder about dating websites, how many people are presenting an accurate picture of who they are. Or how many people actually know who they are in a true and accurate way. Or, is it possible to know yourself in a true and accurate way? If you’re looking for a partner, maybe the inclination would be not to put your true self out there, but to put your idealized self out there. The person you wish you were. There is so much to think about and it’s all happened so quickly culturally. I’m intrigued that people are starting to make art about it because it’s such a huge subject."

Your daughter Lena Dunham is one of the first women in my generation to be very open and upright about feminism, and have a variety of channels to help distribute her message. For lack of better wording, how do you raise a feminist child?

"You know, my subject has always been women. And I don’t want to sound like preposterously idealistic, but I would like in my lifetime, to experience a world where women, all kind of women can connect and support each other. I think with my own daughters, rather than preaching a feminine agenda, I just really try to help them understand what it meant to be a woman in the late 20th century and the consciousness of how to be a woman in the 21st century: What is working for you and what is working against you. And what is going on with woman throughout the world. Keep your attention focused on that. I can’t even relate to the idea of raising a feminist. It sounds like we had classes and I lectured with a blackboard and chalk. But I know kids learn by example and I think our daughters were exposed to a whole range of women who had different kinds of struggles and different agendas, and different scores to settle, and different degrees of success."