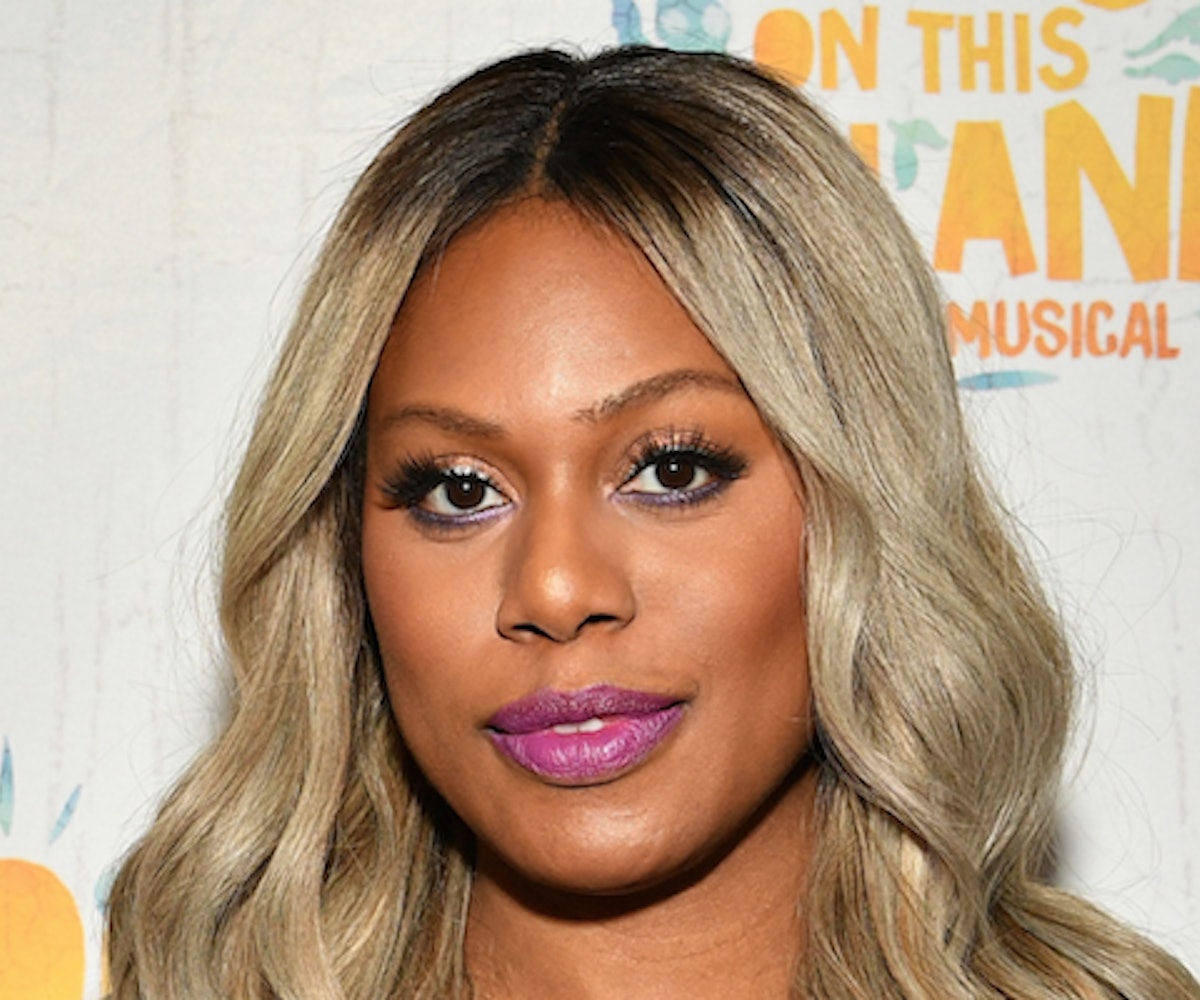 The rise of the #MeToo movement has brought many difficult, but necessary, conversations about consent to the forefront of our global consciousness. Now, actress and advocate Laverne Cox is adding to the conversation in a crucial way, by sharing her #MeToo story and explaining why both the movement and feminism as a whole need to be more inclusive.

The Orange Is the New Black star recently sat down with Katie Couric for her podcast to discuss a non-consensual sexual encounter she experienced, and how race and gender identity affect how people react to them.

"I got to confront a man that I’d had a sexual encounter with that the encounter was consensual but then something happened that wasn’t consensual," she said. "And what was interesting to me in the confrontation is that he had no idea that his behavior was predatory, that he didn’t have consent. And I think so often the idea of consent is something that men aren’t really clear about. And I’m very clear that what happened was not consensual and was not okay and I was able to assure that to him. But that’s a different kind of conversation, what does consent look like?"

Cox continues the discussion by dissecting the biases of the movement, and how it often works against women of color and trans women by recalling Lupita Nyong'o's #MeToo story about Harvey Weinstein, noting how her race affected the way others, and Weinstein himself, reacted to it:

First person he [Weinstein] challenged was Lupita Nyong’o. A black woman. All of these other women, he didn’t say anything. He didn’t say 'I didn’t do it.' But the first person he challenged was Lupita Nyong’o. And I think, this can’t be a coincidence. Her blackness can’t be a coincidence. I notice when some trans women have come forward and say that they have been sexually assaulted there has been a different tenor in terms of the ways they’ve been believed as opposed to other women who are not trans.

And she's absolutely right. Trans women are statistically at greater risk of facing violence and harassment than any other minority group. And Weinstein, who mostly remained quiet amid the rising number of accusations against him, specifically spoke out against Nyong'o, stating that he flat-out had a "different recollection of the events."

She ended her discussion by calling for more change in the movement by recalling a phrase by bell hooks:

One of the most useful tools women have, and it’s not just women who have been victims of sexual assault and harassment, is our voice, to be able to speak up and speak out. So, it’s amazing that, I think the country was just ready for that. Because it’s not just about including trans women, including women of color, including folks with disabilities or folks who are incarcerated, but including all of these folks.

You can listen to their discussion, here.