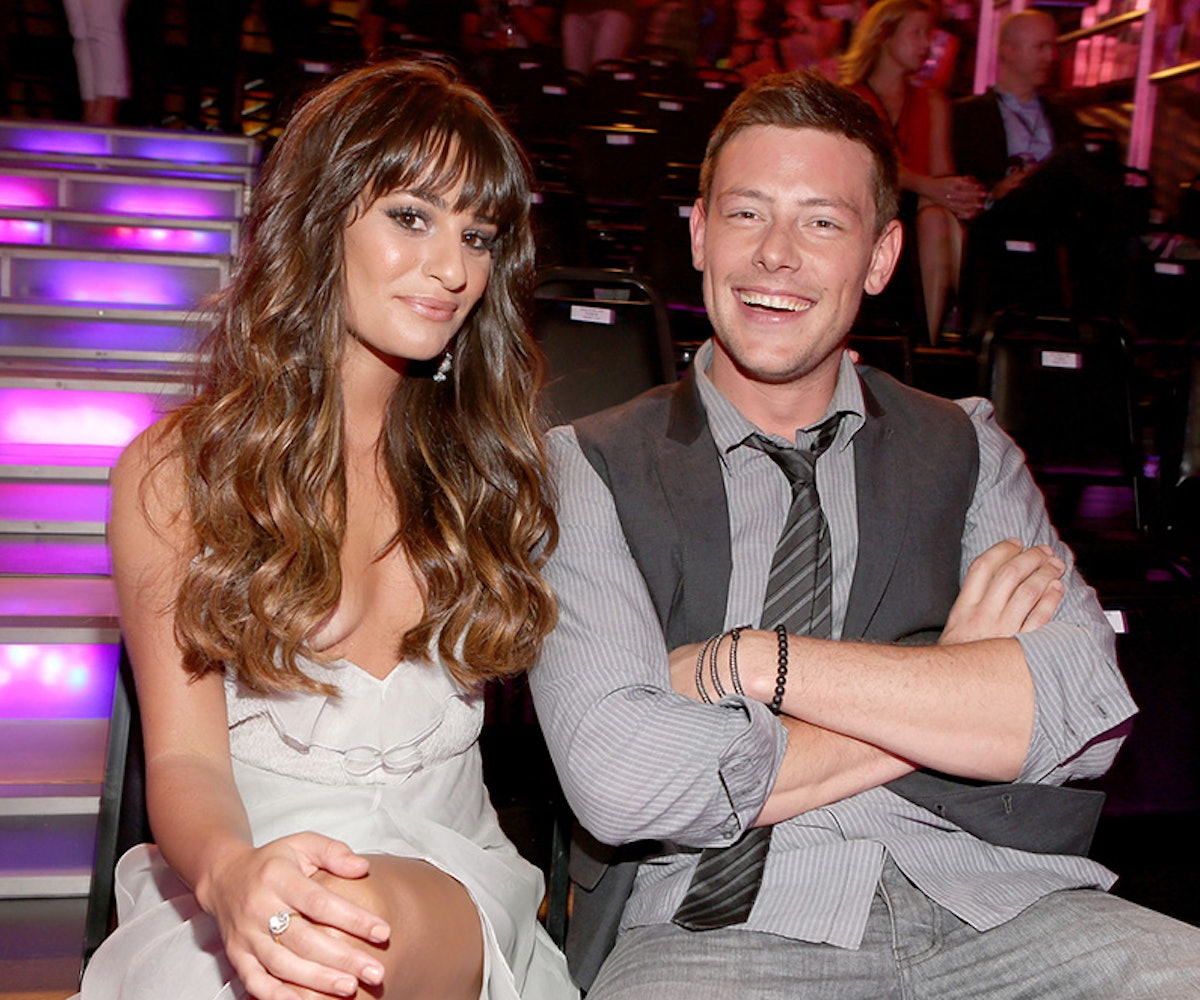 Photo by Christopher Polk/Getty Images
by nylon
May 11, 2015

Under any circumstance, it's extremely difficult to deal with the death of a loved one. And, as anyone who has ever experienced this type of loss knows, special events make it that much harder. Today, nearly two years after the death of her late fiancé Cory Monteith, Lea Michele posted a brief but heartfelt tribute to the Glee actor in honor of his 33rd birthday. "I know you're serenading everyone right now.. We love you Cory! Happy Birthday..." she wrote.

Since Monteith's overdose in July 2013, Michele seems to be in a good place. She recently celebrated her one-year anniversary with her live-in boyfriend, model Matthew Paetz. The duo met on the set of her "On My Way" music video. And while Glee may be over, that doesn't mean her television career is. Michele is starring alongside Emma Roberts, Abigail Breslin, and Nick Jonas in Ryan Murphy's upcoming series Scream Queens as Hester.