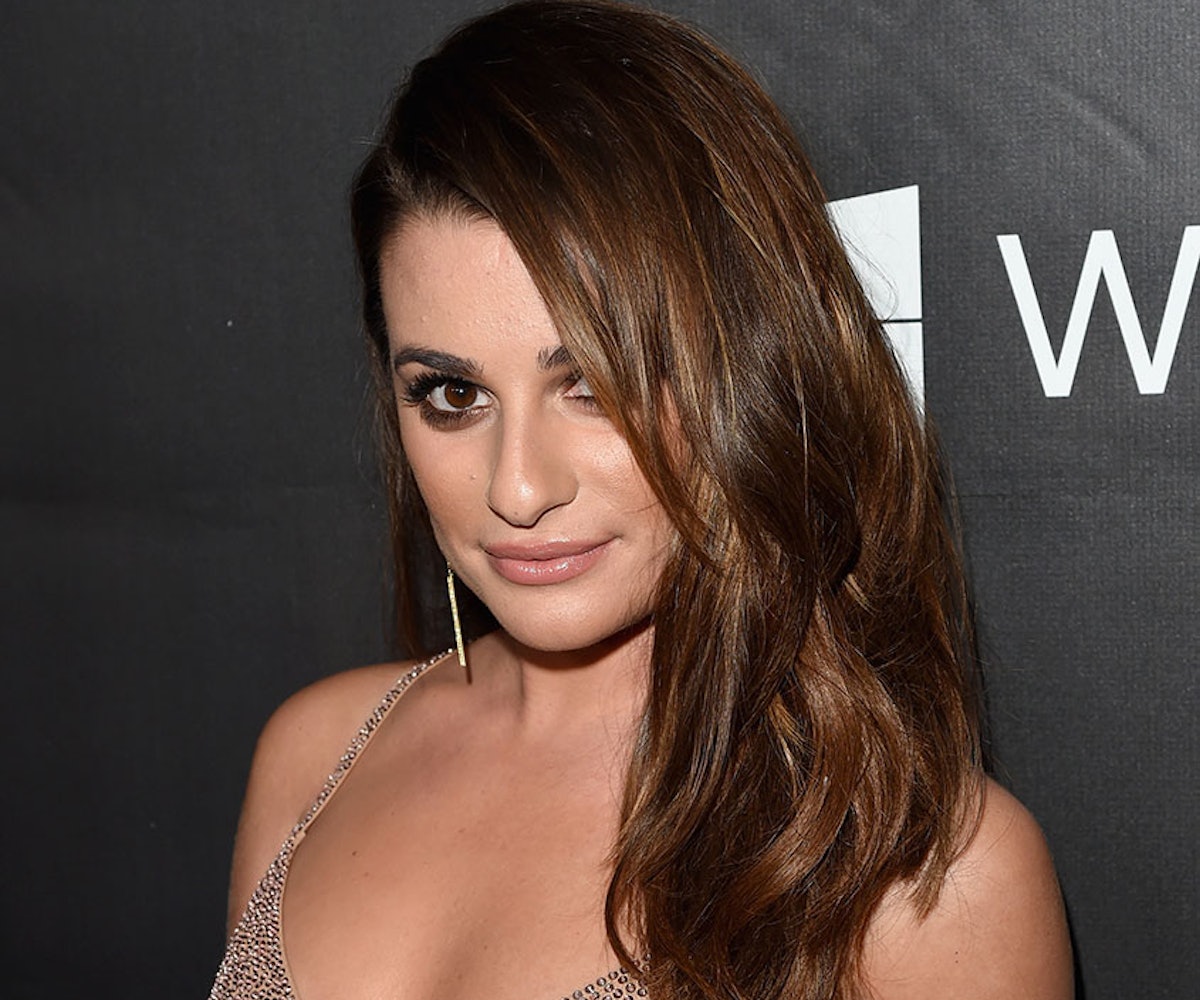 A new year calls for a new hairstyle, and it looks like Lea Michele got the memo.

Michele, who plays Rachel Berry on Glee, debuted her new 'do on Twitter, and it appears she couldn't resist the seductive lure of the short bob, like mostly everyone else you know (surprise!). In the photo, she is seen posing with co-star, Becca Tobin, both grinning and fabulously sequined.

Her version of the popular 'do is much more fitting with the character of Rachel Berry than most of the bobs we've seen in Hollywood—it's perfectly sleek, pinned back neatly, and it's even got that perky little flair at the ends. The hair fits the owner, we suppose. The hair looks perfectly suited for Lea Michele's role in Glee, but we anticipate a different twist on it when we see her off the TV screen.