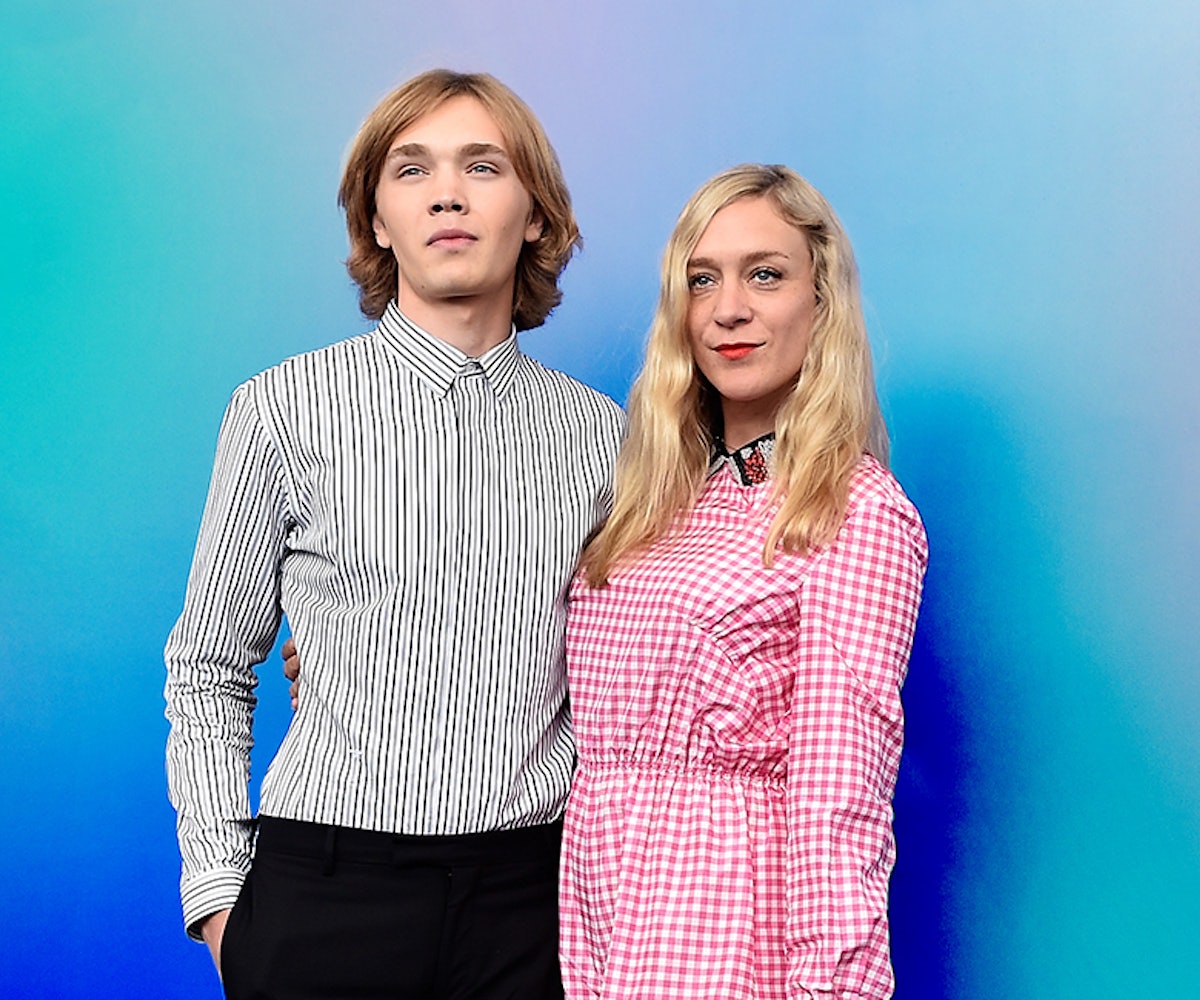 There are so many compelling reasons to watch Lean On Pete, it’s impossible to pick a single entry point. Andrew Haigh’s third feature which follows the tragic results of the friendship between a neglected teen and an aging racehorse, Lean On Pete marks another triumph, not only for the English director but also for his impeccably selected cast.

Haigh exploded onto the international scene with 2011’s Weekend, a tender portrait of contemporary queer romance, and surpassed expectations with his sophomore outing, 2015's complex and affecting 45 Years. With Lean On Pete, Haigh upgrades the domesticity of his previous pictures to a widescreen depiction of the American West, traveling from the rundown suburbs and crumbling horse tracks around Portland, Oregon, to rolling plains, neon-lit rest stops, and the streets of Denver. Yet despite the shift in style and setting from his earlier work, Pete retains the restraint and understated drama characteristic of a Haigh film.

That’s partly due to Lean On Pete’s excellent source material. Haigh adapted the script from the novel of the same name by Willy Vlautin, the lyricist for Oregon country band Richmond Fontaine and an acclaimed novelist. Vlautin comes across as a spiritual descendant of John Steinbeck in his unsentimental yet sympathetic approach to the low-income communities of the so-called “frontier states.” Lean On Pete touches on a number of hot-button issues, from the erosion of working-class culture to juvenile homelessness and the failures of the state to care for its most vulnerable citizens, but neither Vlautin’s novel nor Haigh’s adaptation attempt to be documentary, both are ultimately driven by a cast of strong, memorable characters.

And it’s the actors behind those characters who represent the emotional core of the movie. Charlie Plummer, recently lauded for his role as John Paul Getty III in All the Money in the World, shines as protagonist Charlie, whose immersion into the world of horse racing leads him on an odyssey, while Steve Buscemi expertly plays to type as gruff horse trainer Del. Haigh also draws out a nuanced performance from Charlie Fimmel, previously best known for his dubious hair styling on History’s Vikings. Chloë Sevigny rounds out the cast as Bonnie, a rare female rider among a sea of male jockeys. NYLON sat down with Plummer and Sevigny to discuss the emotional and physical labor that went into bringing Lean On Pete to life.

Charlie Plummer: I had no idea what to expect. I just heard that Andrew was doing it and I knew of 45 Years. I’d read like a little description of the story, and it sounded interesting, and then I read the script, and I was just blown away by it, I hadn’t really read anything like it. It just wasn’t sentimental at all, and it was really so honest all the way through. Something just really stuck with me about the character and his journey, with being so isolated and having to endure so much suffering.

Chloë Sevigny: I read the book and then speaking with Willy [Vlautin], he gave me pages and pages of research he had done on these female jockeys and different stories and basically the woman who Bonnie is based on, her story from childhood to the present and just the hardships she had to deal with. And that race world is a really dark place, from the gambling to the drug addiction to, you know, unfortunately, how some of the animals are treated. It was just a world that I didn’t really know very much about either, and I wanted to kind of live in that and experience it. It was easy to find a way into that character through even just going to the track one day, or even being around the horse people that were teaching us how to deal with the horses and how to ride.

How would you characterize working with Andrew?

CS: I was a fan of Andrew as a filmmaker and the way he allows you to just live this life with his characters and doesn’t steer you any direction of how to feel. He allows scenes to just play out and you can just watch emotion on characters’ faces in his movies and experience their stories just by watching them without sentimental cues or music. The reserve with which he makes his films is so different and rare and, to me, beautiful to watch.

How deep did you get into the world of horses?

CP: I had spent a few weeks out there before we started filming and I worked with Starsky, who plays Pete and just working by learning how to clean his stalls, learning how to walk him around and give him baths and stuff like that. Once we were on location, we were working with a lot of people who had spent their entire lives [in that world], whether it be as a jockey or a trainer or what have you, and they were so open in sharing their experiences with us and making sure it was as authentic as it could be. I did have a really wonderful time, especially working with Starsky because he was such a sweet guy and his trainers were wonderful. I miss him a lot.

CS: Yeah, the only tension was between our trainers and the real trainers. It wasn’t bad, but it was kind of funny. We were all kind of amused by it. But there’s so much sensitivity around horses because of the systemic abuse of horses in the movies, and so the horses came first, before Charlie and me. Whenever a horse is on the set, it was like babies on the set. Everybody has to get hushed and, you know, no perfumes, you have to be very sensitive.

CP: No yelling. No hairspray or anything like that. You gotta be careful.

The scene in which Pete gets hit by the car is one of the most harrowing in the movie. How did you go about shooting it?

CP: That was a difficult scene. We shot it at dusk, so we only had about 40 minutes to shoot that whole sequence. I think whenever you’re working with a live animal, it’s really tense. You’re crunched for time, but, at the same time, you have to respect the animal and make sure they feel safe and comfortable, especially with a scene of that intensity. If I hadn’t had a director who was so level-headed and had such patience and was so balanced overall, then it could have been a total shitshow. But because I think Andrew is the opposite of that, it made for a really beautiful scene and one that’s hard to watch but, I think, it’s just kind of breathtaking, too.

Charlie, your relationship with Steve’s character in the film is extremely intense. How did you get into character for the more confrontational scenes?

CP: We shot the film almost entirely in sequence, so it was easy for me. I basically just had to wake up every day and whatever was coming next was what was actually coming next in the film. What’s so great about Steve, in particular, is, he’s such a kind and warm person that you just trust him so much. So, for me, even in a scene like that when he’s being so nasty and so bitter, he still has a level of kindness, and it was kind of challenging to just hate him in that way.

The film touches on issues of poverty, homelessness, and disappearing communities. What sort of work do you feel Lean On Pete is doing in the current cinematic landscape?

CP: It’s certainly putting a spotlight on youth in America that aren’t really talked about, and I think how easy it is for people, and especially young people, to just fall through the cracks. In this story, we start with a kid who has a father and has a home and then has a job and is starting to really get a sense of community, and then all the sudden, in a span of weeks, that is just stripped from him. It was interesting when we were shooting the stuff that takes place in Denver when he’s homeless. There would be no crew on the streets, and I would just be walking around and the camera would be following me and I didn’t notice it but Andrew had come up to me and said how fascinating it was how people would look at me with such anger and disgust, because they genuinely thought I was someone who looked like that. There’s a lot to pick apart about the film and dive into. It does show America in a very specific way and in a beautiful way at times, but at the same time in a brutally honest way, and really ugly way. And people can interpret that in any way they choose.

Both of you filmed a number of sequences with the horses. What were your most memorable horse moments from Lean On Pete?

CP: There was a moment where I’m feeding [Starsky] water out of my hand and stuff like that, where I remember when we started, that would’ve been so terrifying to me, but by the end, I felt really comfortable with him and it just felt like we were good buddies. And there were some scenes that were really difficult too. Like at Portland Downs when he’s racing, and there’s this one shot of me running through the crowd as the horses run by that we only could do one time because of the horses There was a lot of pressure on that; if we messed it up, it would’ve been totally screwed. There were lots of memorable things about those horses because they’re beautiful animals but also can be a challenge at times.