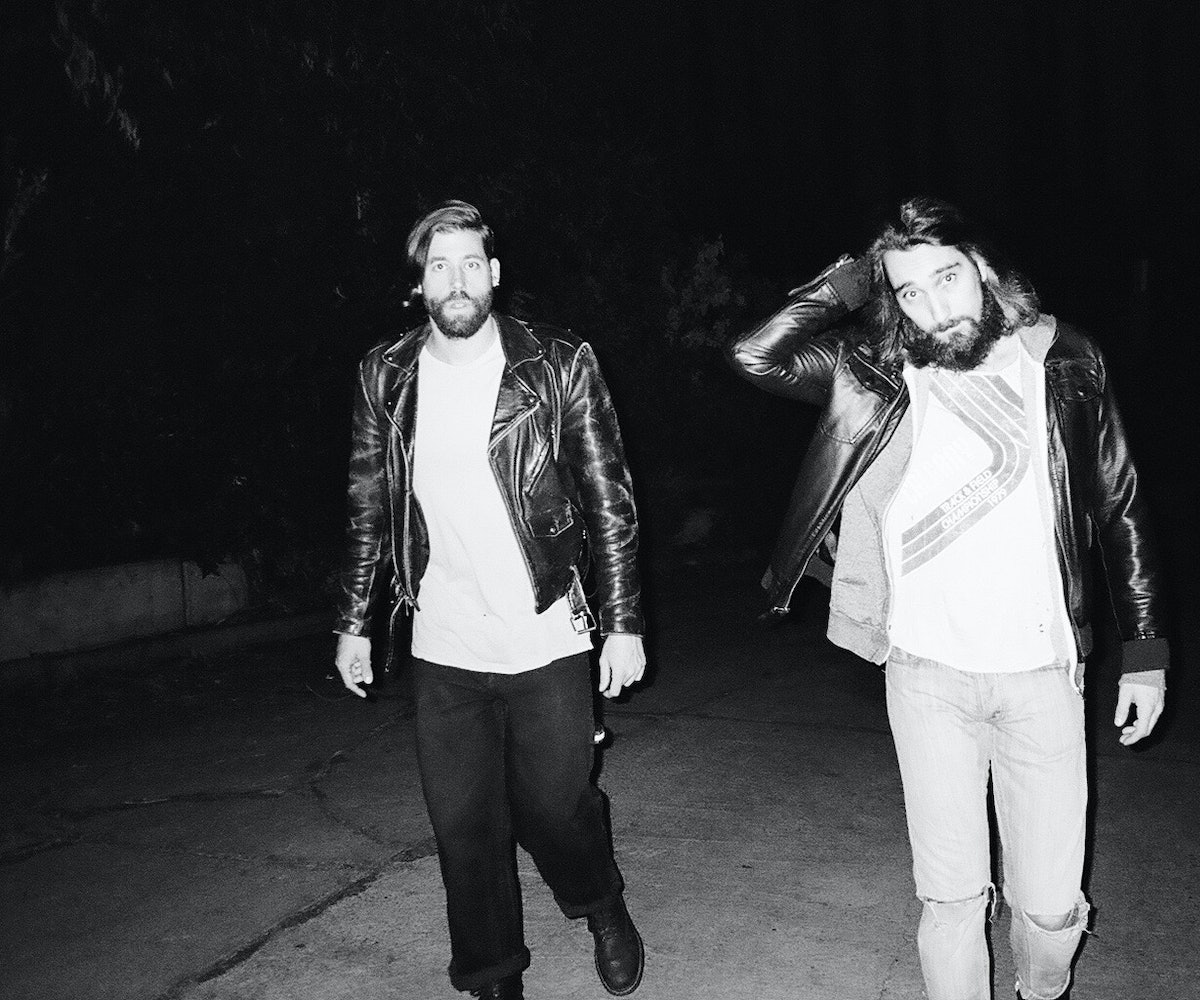 We're nearly halfway through the summer, and let's face it: Most of us could use a little break from the bright, saccharine pop songs that are seemingly everywhere. Luckily, Los Angeles-based indie duo LEAN, comprising musicians-writers-producers Stephen Johnson and Kyle McCammon, are here to deliver the respite we need with their catchy new track that is anything but overly sweet. “Come Back” is a shimmering summer tune with a darker edge, and today, NYLON is exclusively premiering both the new single and music video.

The song’s heavy-hitting lyrics suggest the vacuity of L.A. party culture. “It’s really just psychological escapism—finding something in someone or something else that brings you out of your own brain for a hot sec,” says Johnson. “Hopefully, this song is that to somebody."

McCammon, the band’s other half, describes the unique sound of the song and the entire upcoming LP, Years, by telling us, “I had this concept, to make a bunch of ’90s hip-hop beats and then try to build indie rock songs on top of them. With Stephen’s ear for hooks, it came together effortlessly.” The two categorize their sound as “make out rock.”

The ethereal music video, directed by Clara Moutone, perfectly captures the party-meets-heartache feeling following the events of a triangular love affair. Moutone says she was inspired by the first lyrics of the song: “You live in a world that you built yourself, where you can pretend that you're someone else.”