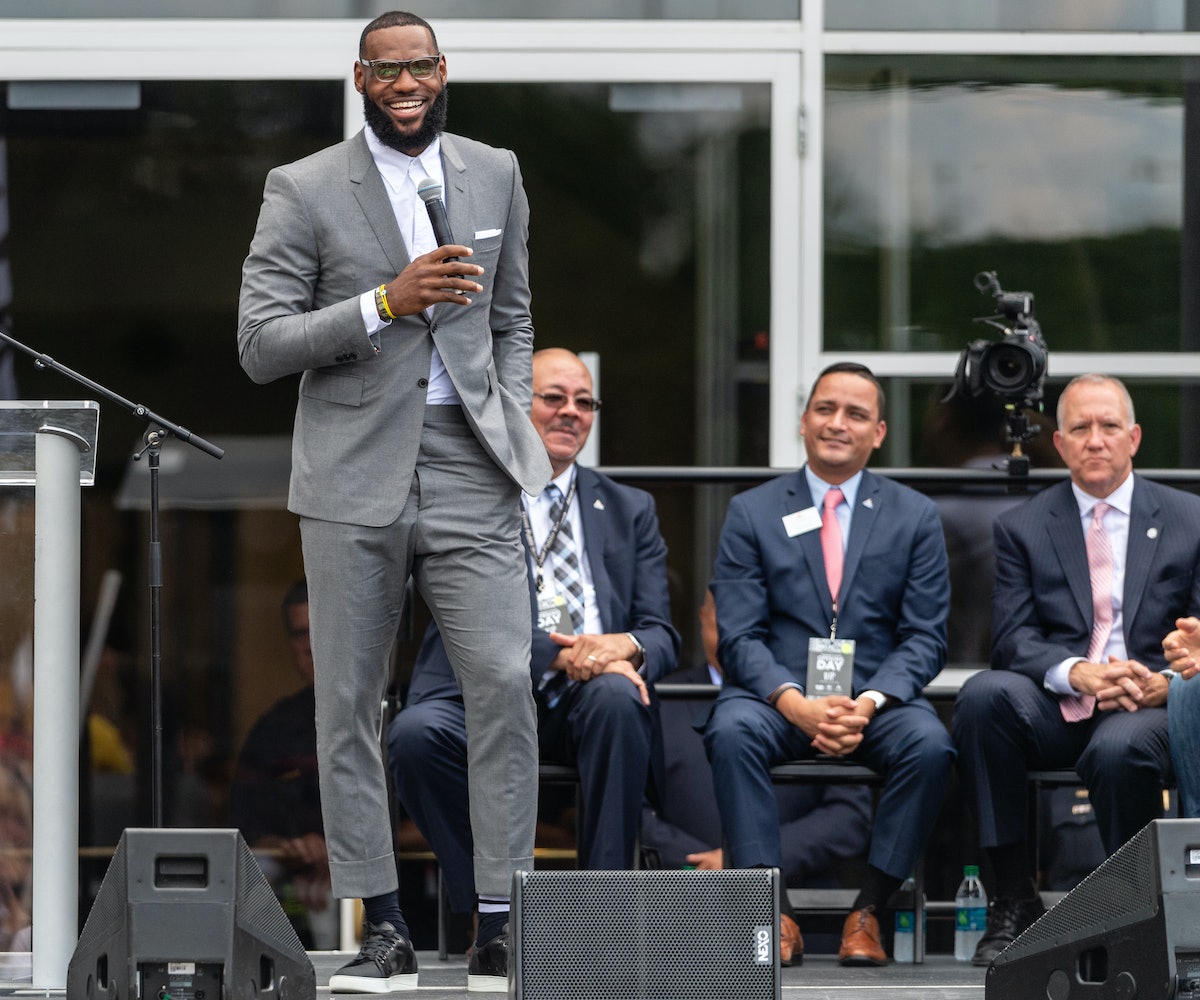 There’s an online petition circulating that calls for LeBron James to replace Betsy DeVos as U.S. Secretary of Education—and it has almost 11,000 supporters. The petition, created by a user named Rebecca G., describes DeVos as “a scandal-ridden Republican donor who shows an inexcusable dislike for public education, wants to gut protections for women and minorities, and has advocated for teachers to be armed in schools.” And, you know, where's the lie? While living in Michigan, DeVos, who is a big fan of charter schools, promoted a state-wide agenda to defund public schools, and the state's school system suffered dramatically, with lower test scores throughout the system—not the best track record. And, neither DeVos nor her children attended public school and, as Secretary of Education, DeVos has tried her best not to even step foot in one.

Meanwhile, James recently opened a public school for at-risk children in Akron, Ohio, called the I Promise School. The non-charter school provides, on top of a rigorous math and science curriculum, “job and family services, a GED program, a food pantry from which they can shop and choose their meals, and help with housing if needed.” Every student also receives a free bicycle, helmet, and computer upon enrollment, and is guaranteed college tuition upon graduation. So, to be fair, James seems to have more of a grasp on the public school system than DeVos does.

This petition comes less than a week after the president insulted James’ intelligence on Twitter, after seeing his interview with Don Lemon during which the athlete aired his negative views on Trump’s politics.

If you agree with Rebecca G. that “we certainly deserve better” in a Secretary of Education than DeVos, you can sign her petition here.