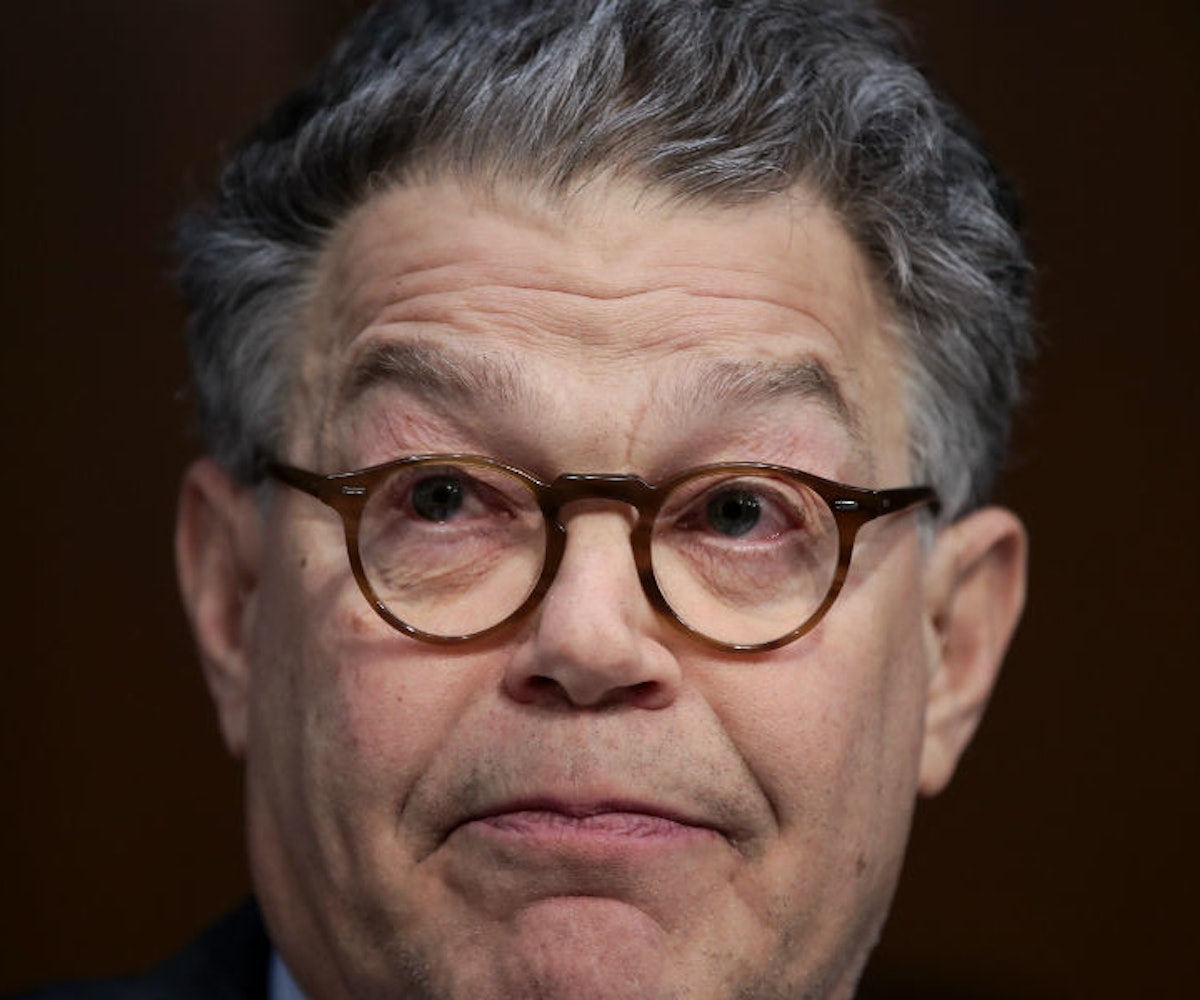 Leeann Tweeden, morning anchor of 790 KABC radio, revealed that Minnesota Senator Al Franken kissed and groped her without her consent in an essay published on KABC’s website.

In 2006, she embarked on a tour around the Middle East to entertain American troops, something she’s done since the 9/11 attacks. Franken, who started out as a comedian, was the headliner. “I was only expecting to emcee and introduce the acts, but Franken said he had written a part for me that he thought would be funny, and I agreed to play along,” she says. The part included Franken’s character coming at her for a kiss, which Tweeden thought she could dodge.

When Franken insisted they rehearse the kiss before the show, Tweeden was against it. But, she says, Franken insisted, and she eventually relented. When the time came for the kiss, Franken allegedly put his hand on the back of Tweeden’s head, pressed their lips together, and stuck his tongue in her mouth. “I immediately pushed him away with both of my hands against his chest and told him if he ever did that to me again I wouldn’t be so nice about it the next time,” she writes. “I walked away. All I could think about was getting to a bathroom as fast as possible to rinse the taste of him out of my mouth. I felt disgusted and violated.”

They still performed the skit for the troops that day—and throughout the tour—but Tweeden made sure to turn her head to avoid Franken’s kiss then and in subsequent performances. She says she didn’t tell her boss or the USO rep because she didn’t want to cause trouble: “We were in the middle of a war zone, it was the first show of our Holiday tour, I was a professional, and I could take care of myself.” Still, she made sure to avoid Franken going forward.

The violating didn’t stop there though. On the trip back, when an exhausted Tweeden was sleeping, Franken took a picture of himself groping her without her consent. She told her husband but otherwise kept mum about the incident for fear of it damaging her career. “But that was then, this is now,” she says. “I’m no longer afraid.”

Franken released a statement to media personnel explaining that he doesn’t “remember the rehearsal for the skit in the same way,” but sends his “sincerest apologies” to Leeann anyway. As for the photo, he says, “it was clearly intended to be funny but wasn’t. I shouldn’t have done it.”

Later on, in Tweeden’s essay, she shifts to address Franken directly. She writes: “Senator Franken, you wrote the script. But there’s nothing funny about sexual assault… You knew exactly what you were doing.” She concludes: ”I want the days of silence to be over forever.”