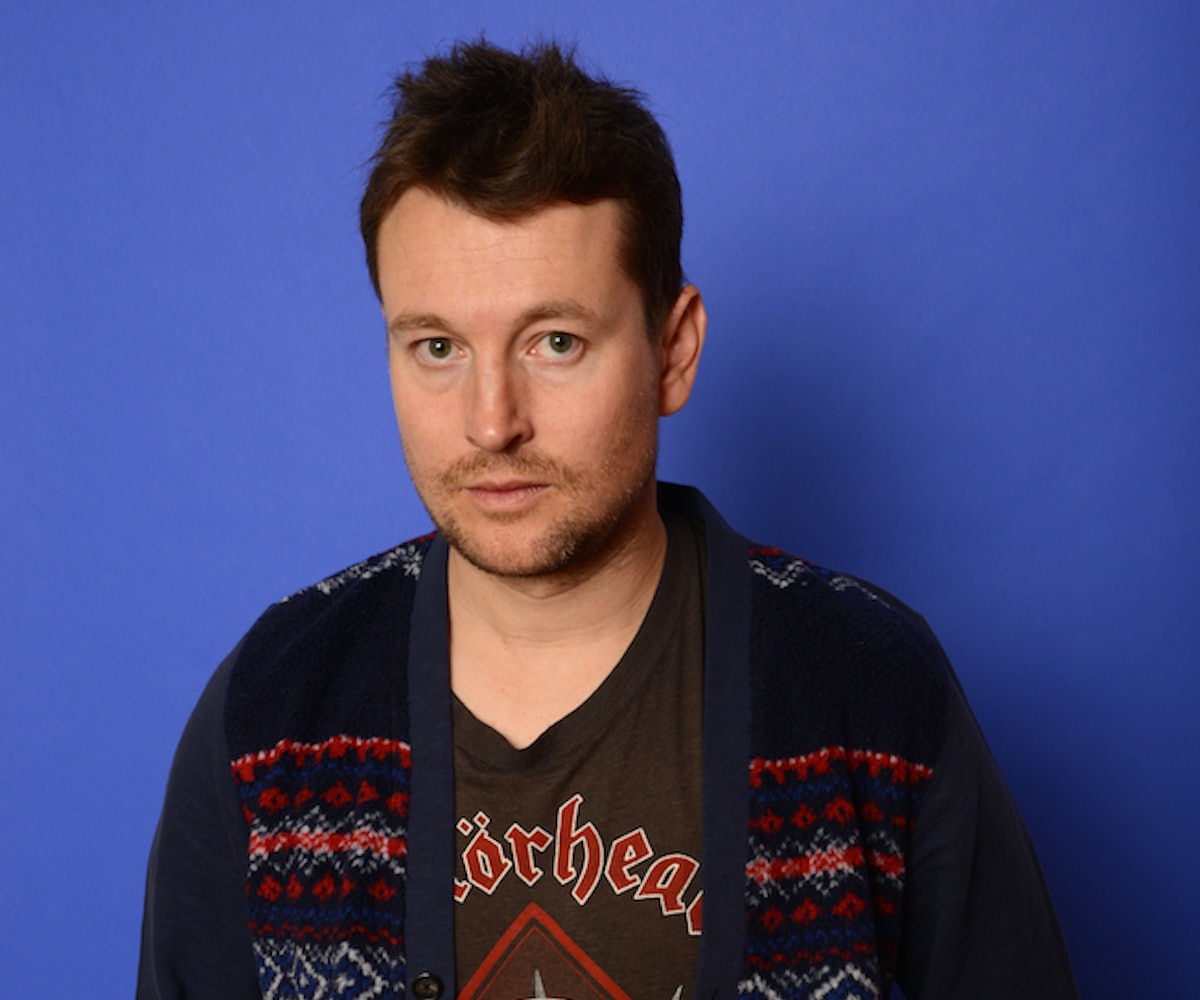 Once the pupil, Leigh Whannell is now the unspoken master of horror. After conceptualizing, writing, and starring in the entire Saw franchise, the genre aficionado would later go on to create Dead Silence and Insidious. Quite an impressive portfolio, considering many of these titles are some of the most iconic horror films produced in the past two decades. Leigh treats horror as a forgotten art, digging deep into the crevices of his mind for stories involving paranormal torture and intense psychological manipulation. Every time, he delivers in giving us something unexpected and utterly terrifying.

His newest flick Insidious: Chapter 3, marks his directorial debut. It’s a fun, supernatural thriller that acts as a prequel to the Insidious franchise, taking viewers on a psychological rollercoaster as a young teenager, played by the coy Stefanie Scott, is plagued by a demon from hell following the death of her mother. We caught up with Whannell to discuss filmmaking in Hollywood and the challenges of making a great horror movie.

Previously, the Insidious franchise had a different director. What goes through your head when you’re taking over something that someone else already has worked on?

Well, I know James [Wan] very well, so I felt like I knew a lot of the thought processes that went into his decision making. I also wrote the first two films and that gave me a suitable authority. So, I didn’t really have a lack of confidence going into this particular world. I think [if it were] the Batman franchise, I would have been shitting bricks. But with Insidious, I had the confidence to board the ship and know that whatever decision I made was the right one.

How do you go about making a great horror movie?

Being mysterious is what makes a great horror film. There’s really not an exact science; it’s a little more ethereal than that. All I can do is make it original and unexpected. You want the audience to think they know what’s going to happen and then flip that world on them so they’re terrified. It’s the scares that come from behind, the ones that sneak up on them — that’s what I’m always aiming for. It also needs to be original. Horror fans are starved for originality because the genre seems to be one that eats itself. It goes in circles and regurgitates itself. It’s a strange little corner of the filmmaking world.

Why is this the case?

I think horror as a genre has been marginalized for a long time. I think in the homevideo era from the early '80s through the mid '90s, it was a genre that was produced a bit cheaply. It led to a lot of slasher movies that everybody referred to as “B-movies,” and it became marginalized. There was a time in the '70s where horror films were taken very seriously — one of them was even nominated for Best Picture — so it wasn’t always that way, but somewhere along the way the genre got cheapened. I think a lot of people have made horror films that don’t really care about the genre. What I’m seeing now are directors coming into horror who really love and respect the genre. They have a huge knowledge of it and a lot of respect for it; respect is really where great films start.

What else do you think Hollywood needs to change with horror films?

I’m not sure it’s Hollywood that needs to change. I think it’s the filmmakers that need to change. The more great horror films that get made, the more Hollywood will take the genre seriously and the more other filmmakers will be attracted to it. I think it’s just going to take a whole bunch of filmmakers making these great films. If I think of someone like Adam Wingard, who’s made films like The Guest and You’re Next, is such a fan of the genre, he really takes it seriously and makes very artful films. When I watch something like The Guest, I can see the artfulness and the thoughtfulness that’s gone into it. Then I watch a film like It Follows, and I see the thought and the artistry behind it. I really want to keep seeing that.

How do you think that someone could take lessons applied to directing drama, and apply them to horror?

I think you would have this in-built metronome that lets you know when a stab of excitement or drama should happen, so it would maybe keep you on your toes in terms of conflict. Even if you’re dealing with a husband and wife arguing about the bills, you can still approach it with that same visceral sense of filmmaking that a horror filmmaker would. The sense of being caught offguard or the unexpected happening at the wrong moment, it doesn’t necessarily need to be a demon popping out from behind the bed. It could be a husband picking up a dish and throwing it at the wall and suddenly shattering the atmosphere of a home.

What do you think is needed to get more peopleinto horror? What makes it a less-than-approachable genre?

I think a lot of people view horror as this cheap, tawdry genre and that it doesn’t rise to the grandness or occasion of drama, or even sci-fi or action. It seems to be a genre that people are dismissive of in the same way that people are dismissive of heavy-metal music. There are all these music genres that are thought of as important, and heavy metal is thought of as just this frivolous meat-headed genre. But that’s not true, both for heavy metal and horror films; there’s a range of stuff being made. I look at the horror genre as a huge tree, and each branch represents a sub-genre. So, you have zombie-horror films, monster horror, haunted-house horror, and vampire-horror films. I would encourage other filmmakers who are maybe afraid of horror to look at it as a genre with a lot of room for subtext.

What do you want audiences to take away from your films?

Two things — I’m going to get greedy here with my answer. I would love them to walk away completely shit scared, worrying about where they’re going to sleep tonight and how many lights they’re going to have to turn on. But I also want them to be emotionally affected. In a perfect world, they would be completely afraid, but also heartbroken and crying. I want the ending of this film to be cathartic and emotional for people. I want it to be the first tearjerker-horror film. You could call it The Fault in our Demon, if that makes sense.

NEXT UP
Life
October 2022's Must-Read Book Releases
Entertainment
The Meaning Behind Paramore's Disillusioned Anthem, "This Is Why"
Fashion
Saint Laurent's Front Row Was Black And Pink And Blackpink All Over
Life
ask a witch love spells