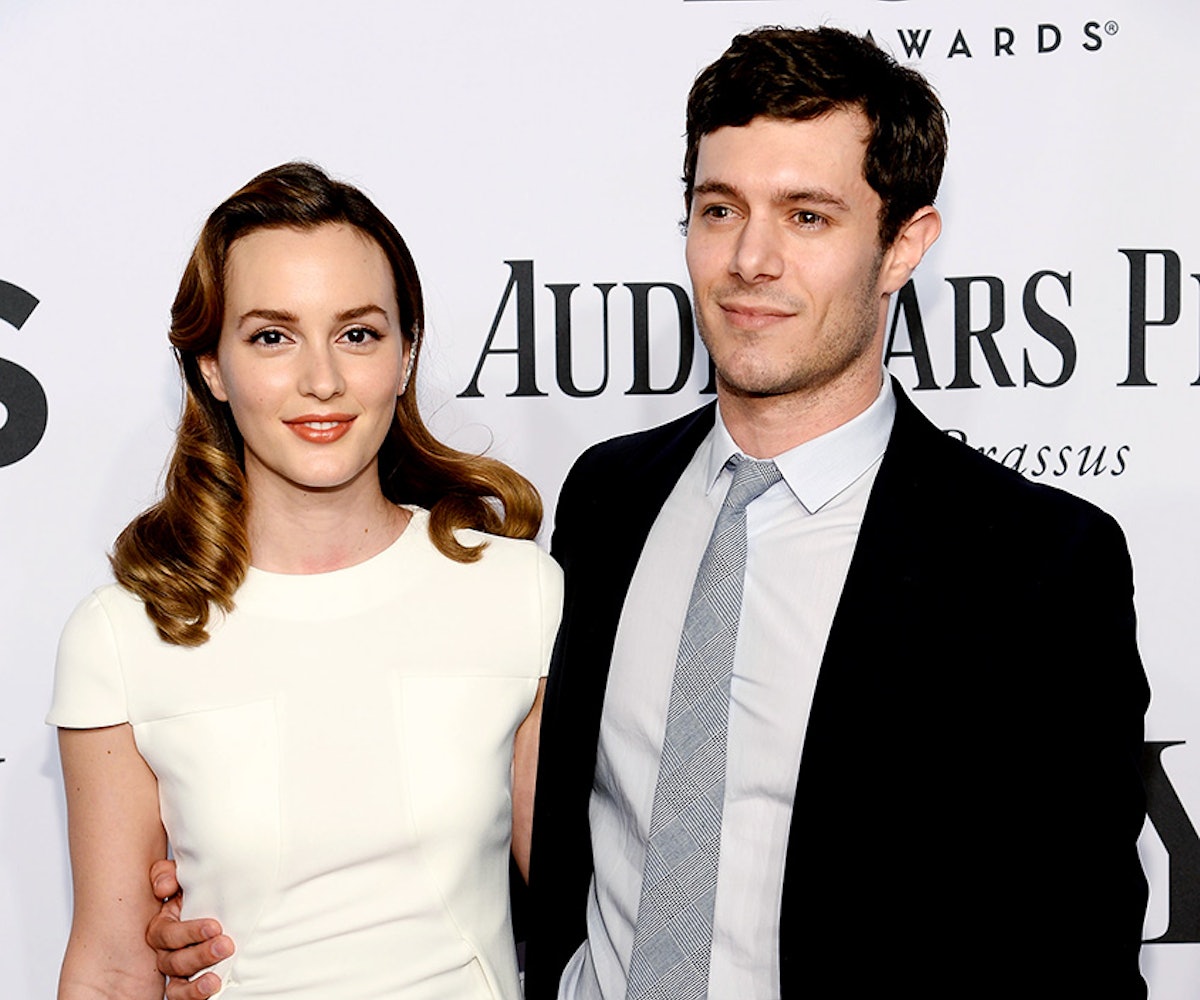 When we spoke to Leighton Meester for our November cover story, she told us, "It'll be kids next. I like the grown-up stuff. I like having a house. I've got dogs." Now, a few months later, it seems like the actress and singer is moving on to this next stage, as she has announced that she is expecting her first child with her husband, Adam Brody.

E! confirmed the news earlier today after a photo of Meester's baby bump appeared on PopSugar. Meester and Brody, who wed in a secret ceremony last year, are fulfilling nearly every '00s adolescent's greatest dreams. Congratulations, Leighton and Adam!